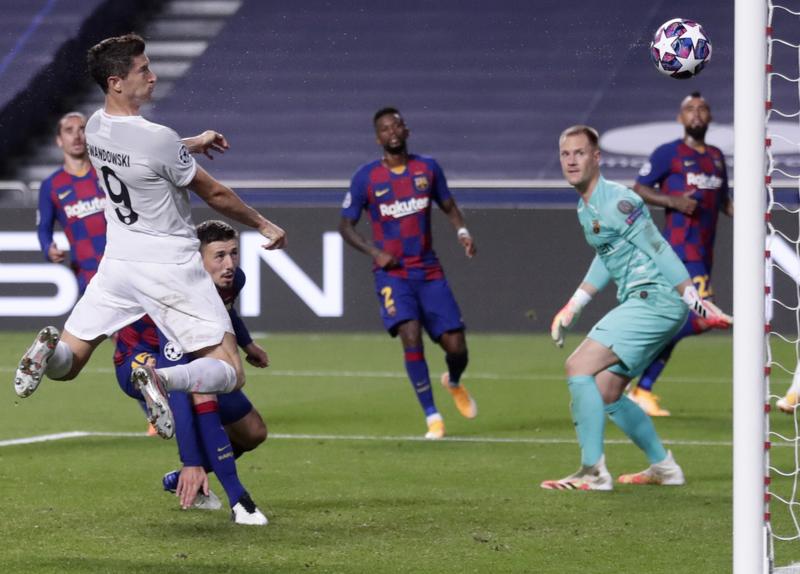 LISBON - German champions Bayern Munich utterly humiliated Barcelona with an extraordinary 8-2 demolition job on Friday that sent them through into the semi-finals of the Champions League.

Barca coach Quique Setien, who is unlikely to survive the looming inquest, called the drubbing “a tremendously painful defeat”

Thomas Mueller scored twice for a rampant Bayern, who led 4-1 after 31 astonishing minutes, as Lionel Messi and his team mates were condemned to a thrashing that felt like the end of an era for the illustrious Catalan club.

“We feel devastated, although shame is the real word I’m looking for,” said Barca defender Gerard Pique, adding that the historic defeat called for urgent changes across the club.

Barca coach Quique Setien, who is unlikely to survive the looming inquest, called the drubbing “a tremendously painful defeat”. 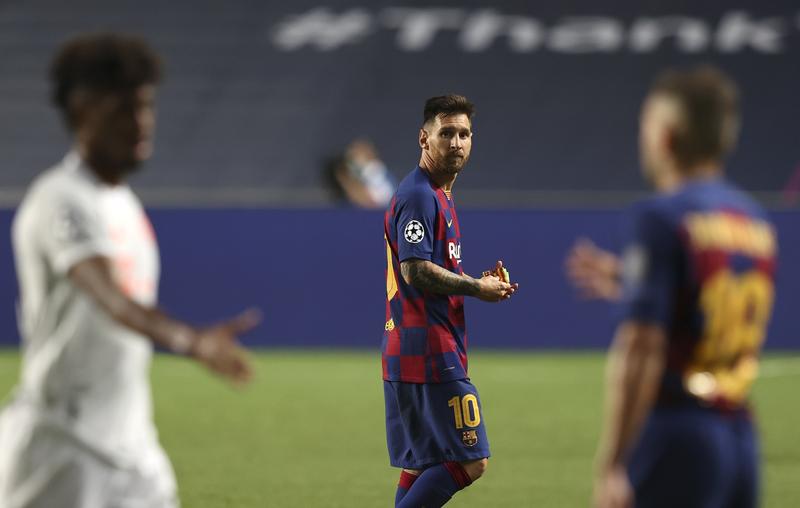 Bayern coach Hansi Flick hailed an “outstanding” display from his side but stressed that they were firmly focused on the semi-final, which will be against Manchester City or Olympique Lyonnais.

Mueller added: “We had so much fun today. Of course, Barcelona are special, so we had to be even more aggressive and come back again and again.

“You can imagine we feel good after this match but we have to be quiet and regenerate.”

The scoreline recalled Germany’s 7-1 semi-final win over Brazil in the 2014 World Cup, a game where Flick was on the bench as the national team’s assistant coach.

It began with Bayern grabbing a fourth minute lead when Mueller collected Ivan Perisic’s cross from the left and played a clever one-two with Robert Lewandowski before drilling home.

ALSO READ: Ahead of CL duel, Bayern's only concern is Messi

But within three minutes Barca had struck back - Clement Lenglet’s super long ball found Jordi Alba in space and David Alaba’s attempt to deal with his searching cross ended up flying past his own keeper Manuel Neuer.

Neuer then had to be quick off his line to foil a goal-bound Luis Suarez but was almost caught out by Messi’s cross-shot from the right which drifted through the area and struck the post. 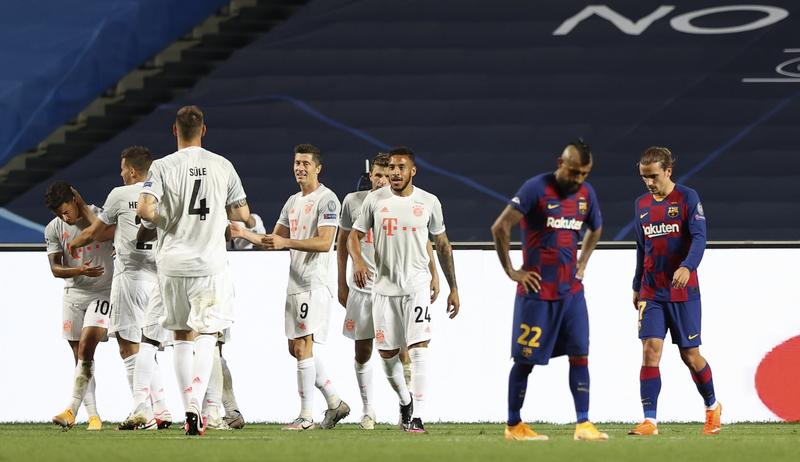 But just as Barca seemed to have established themselves, the Germans regained their lead in the 21st minute — Serge Gnabry fed Perisic on the left and the Croatian glanced up to see his options before drilling past Marc-Andre ter Stegen.

Bayern then added the third as Barca’s defence was opened up again with ease. Thiago Alcantara was given plenty of space in midfield to find Leon Goretzka whose superb ball picked out Gnabry, who had got behind Lenglet and then made no mistake with the finish.

Flick’s side were running riot and it got worse for Barca when a low cross from Joshua Kimmich was turned in at the near post by Mueller — another goal of ruthless simplicity making it 4-1 at the break.

The Spaniards desperately needed to find a way to shift the momentum after the break and Suarez, one of the few Barca players to emerge with any credit from the encounter, provided a route back into the game with a fine strike, in the 57th minute.

Jordi Alba found Suarez on the edge of the box and the Uruguayan jinked passed Jerome Boateng before blasting home.

But Bayern were in no mood to turn down the heat and six minutes later they restored their three-goal advantage thanks to some outstanding work from their Canadian teenager Alphonso Davies.

The left back dribbled in from the flank, danced past Nelson Semedo to get to the byline and then pulled the ball back to fellow full back Kimmich to slot home and make it 5-2.

Somehow Bayern had managed to score five goals without prolific striker Robert Lewandowski, who had scored in his previous seven Champions League matches, getting in on the act.

Eight minutes from the end, the Pole put that right.

Substitute Philippe Coutinho, who is on loan at the German club from Barca, floated over a cross from the left which Lewandowski firmly headed home at the back post.

To add insult to the already painful injury, Coutinho then scored two more before the end, as Barcelona fell apart in unimaginable fashion to the brilliance of the Bavarians.