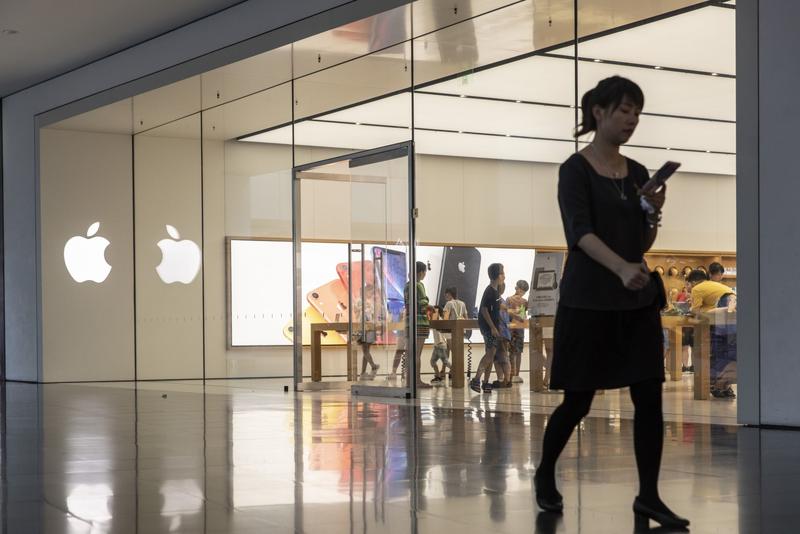 Apple Inc spent years building China into a US$44 billion growth driver. Then the US president last week cast all that in doubt.

IPhone loyalists across China are now reconsidering their attachment to the device after Donald Trump issued an executive order last week barring US companies from doing business with WeChat, the super-app that has become integral to everyday life in the country. Scheduled to come into effect in roughly five weeks, the ban threatens to turn iPhones into expensive “electronic trash,” said Hong Kong resident Kenny Ou, who sees WeChat as one of the most essential software on his handset.

On Wednesday, Tencent executives on a post-earnings conference call stressed they believed the ban applied only to WeChat in the US and shouldn’t affect its Chinese cousin, known as Weixin. But they added that they themselves were still seeking clarity, and the sweeping language of Trump’s order means it could still spell trouble for Apple.

A survey on the twitter-like Weibo service asking consumers to choose between WeChat and their iPhones has drawn more than 1.2 million responses so far, with roughly 95 percent of participants saying they would rather give up their devices

The US company has just come off a strong quarter in China, its most important international market and where it is facing intensifying competition from local Android rivals like Huawei Technologies Co — which, unlike Apple and its locked-down app stores, are free to either offer WeChat directly or allow their users access to download it themselves. The Cupertino company’s strategy of tapping first-time buyers and wooing back consumers with cheaper devices like the iPhone SE could be entirely derailed if it can’t offer WeChat and US-China trade tensions continue to worsen.

Tencent Holdings Ltd’s flagship app connects a billion users globally and is used for everything from chatting with friends to shopping for movie and train tickets to paying restaurant and utility bills. While questions remain on how Trump’s orders will be implemented, any ban on the use of WeChat threatens to cut off a key communication link between China and the rest of the world and prevent US companies like Starbucks Corp and WalMart Inc. from reaching consumers in the world’s second-largest economy.

A survey on the twitter-like Weibo service asking consumers to choose between WeChat and their iPhones has drawn more than 1.2 million responses so far, with roughly 95 percent of participants saying they would rather give up their devices. “The ban will force a lot of Chinese users to switch from Apple to other brands because WeChat is really important for us,” said Sky Ding, who works in fintech in the Hong Kong Special Administrative Region and originally hails from Xi’an. “My family in China are all used to WeChat and all our communication is on the platform.” 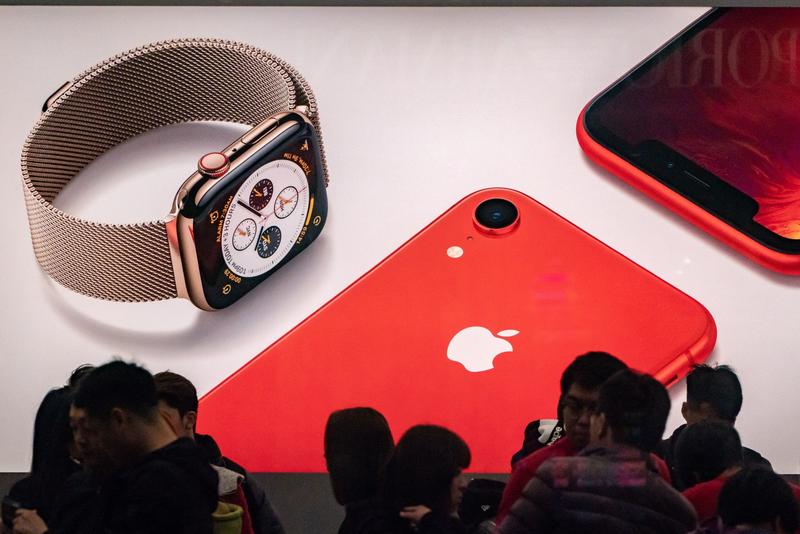 Apple’s iPhones were first launched in China in 2009, two years after sales began in the US, and the company has shipped more than 210 million units in the country over the past five years, according to Bloomberg calculations based on IDC data. More than a fifth of all smartphone users in China used an iPhone as of June, second only to Huawei at 26 percent, according to researcher QuestMobile. The company has 42 stores in the country that also hosts most of the world’s iPhone manufacturing. And at its peak, China accounted for 25 percent of Apple’s revenue though that share slipped to 17 percent in the last fiscal year, with sales in the region amounting to roughly US$43.7 billion.

Apple had been counting on the next generation of its flagship handset — expected to be launched in October and the first in the series to feature 5G — to woo potential customers like Vincent Han, a Shanghai-based commodities trader who had been planning to replace his Huawei handset with an iPhone. He’s since nixed those plans and is considering alternatives including Samsung Electronics Co

I’m worried that WeChat will be banned on the iPhone. This will affect my work to a large extent, as 90 percent of my clients and colleagues communicate via WeChat

“I’m worried that WeChat will be banned on the iPhone. This will affect my work to a large extent, as 90 percent of my clients and colleagues communicate via WeChat,” said Han. “Still, even Samsung’s Android operating system is developed by Google and I’m concerned the Android platform will also bar WeChat.”

Ready to fill the iPhone void will be a legion of high-spec, high-value 5G devices from local brands Xiaomi Corp, Oppo and Vivo as well as market leader Huawei. Xiaomi just announced the Mi 10 Ultra flagship, destined solely for China, and it has a full portfolio of devices to replace Apple’s range, including fitness-tracking watches, wireless earphones, tablets and laptops.

Ou, an engineering student, is one of the millions of die-hard Apple fans in China who may need to make a difficult choice between his beloved iPhone and the ubiquitous app. “All my products are from Apple — my Macbook, iPad, iPhone and even AirPods,” he said in an interview from his hometown of Shanghai. “Apple has created a robust linkage of their products and made me heavily reliant on their brand. It would be a tremendous disaster to my studies and work if such a ban was imposed.”