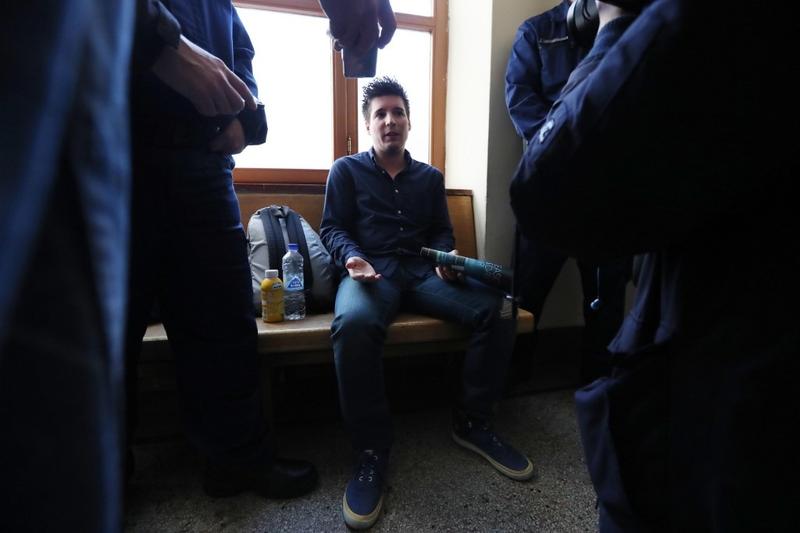 In this March 5, 2019 photo, Football Leaks whistleblower Rui Pinto (center) talks with journalists in front of a courtroom of the Metropolitan Court in Budapest, Hungary. (FERENC ISZA / AFP)

LISBON - Rui Pinto, the Portuguese man believed to be the mastermind behind Football Leaks, has been freed from house arrest and is now in witness protection as he awaits trial for attempted extortion and other crimes, police said late on Monday.

His lawyers have described him as a “whistleblower” who acted in the public interest.

Pinto was detained in Hungary in January last year on a European arrest warrant issued by Portuguese authorities. He was then extradited to his home country.

Portuguese prosecutors brought various charges against him, mostly related to allegations of unauthorised access to data, attempted extortion and violation of correspondence.

He had been in pre-trial detention in Lisbon since March 2019 before going under house arrest in April this year. He was released at the weekend.

Portugal’s criminal investigation police agency (PJ) said in a statement Pinto was now in witness protection and that it “reserves the right and the duty to use all legal means at its disposal to discover the truth of the crimes it investigates”.

According to Portuguese law, special protection measures can be applied to witnesses when there is danger for life, health, freedom or property.

Pinto’s trial is set to start next month.