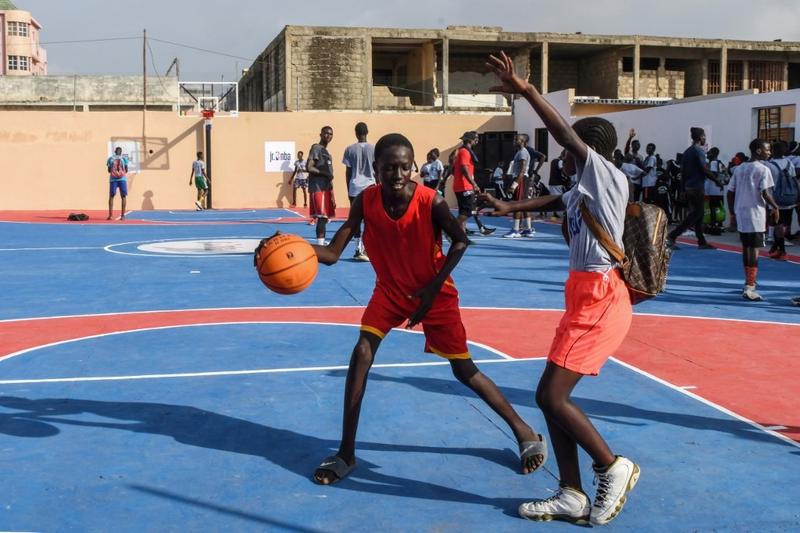 The National Basketball Association has named a top investment banker to develop the sport and its business on the African continent.

Victor Williams, who for the past five years lead corporate and investment banking at Standard Bank Group -- Africa’s largest bank by assets -- will become the NBA’s new Africa chief executive officer starting Aug 17. Williams will be based in Johannesburg, according to a company statement Monday.

“In this newly-created role, Williams will oversee the league’s basketball and business development initiatives in Africa,” the statement read. He’ll be expected “to grow the popularity of basketball and the NBA across the continent through grassroots development, media distribution, corporate partnerships, and more.”

The appointment deepens the African involvement of the NBA, which last year formed a regional professional league, in collaboration with the Switzerland-based International Basketball Federation. The March start of the Basketball Africa League’s inaugural season, fielding 12 African club teams, was delayed due to the coronavirus pandemic.

The project marked its first involvement in a league outside North America, the NBA said at the time. Commissioner Adam Silver described Africa as a “huge economic engine,” saying partners such as PepsiCo Inc and Nike Inc had shown interest in partnering on the continent. Nike and its Jordan brand will be the exclusive on-court outfitters of the African league, the NBA said in March.

Williams, a dual Sierra Leonean and US citizen, worked at Goldman Sachs Group Inc and Wells Fargo & Co before joining Standard Bank in 2011.

Becoming the NBA’s Africa CEO will “allow me to blend my professional experience building businesses in Africa with my passion for the sport of basketball,” Williams said in the statement.