Are the stars aligning for Atletico in the Champions League? 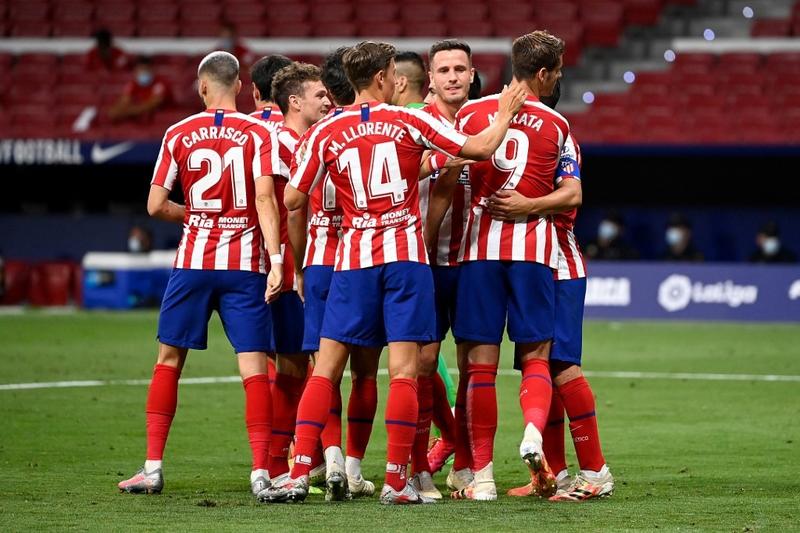 In this July 3, 2020 photo, Atletico Madrid's players celebrate during the Spanish League football match between Atletico Madrid and Mallorca at the Wanda Metropolitan stadium in Madrid. (PIERRE-PHILIPPE MARCOU / AFP)

MADRID - Despite last-minute upheaval due to two players testing positive for COVID-19, Atletico Madrid head to the Champions League ‘Final Eight’ tournament in the knowledge they have a golden opportunity to finally win Europe’s biggest prize.

Diego Simeone’s side are glowing with confidence after knocking holders Liverpool out in March and going on a resurgent run of form at the end of the season, with their top players in peak condition

Even though they had to endure the shock of players Angel Correa and Sime Vrsaljko testing positive for the virus over the weekend, almost everything has fallen into place for Atleti, who face RB Leipzig in a quarter-final on Thursday.

Diego Simeone’s side are glowing with confidence after knocking holders Liverpool out in March and going on a resurgent run of form at the end of the season, with their top players in peak condition.

They are also in the easier side of the draw and safe in the knowledge that their bete noire Real Madrid, who beat Atletico in the 2014 and 2016 finals and knocked them out in 2015 and 2017, are no longer in the competition.

While Atletico will not be taking Leipzig lightly, facing the Germans and a potential last-four meeting with Paris St Germain or Atalanta is certainly preferable to playing Barcelona, Bayern Munich or Manchester City, who along with Olympique Lyonnais make up the other side of the draw.

This has been an eventful season for Atletico, who at one stage looked as if they would be lucky to make it into La Liga’s top four as they struggled to cope with the departure of talismanic figures Antoine Griezmann and Diego Godin.

But their twin victories over Liverpool proved a turning point and the team were relentless when the season resumed following the coronavirus stoppage, winning seven of their 11 league matches to finish third.

“Beating the champions raises your confidence but we know no-one will make things easy for us and we have to continue as we were after lockdown,” said midfielder Koke.

Atleti’s resurgence has been propelled by an unlikely figure in Marcos Llorente, who made a thrilling transformation from defensive midfield to attack, slaying Liverpool before leading the team’s forward line after the restart.

They have also benefited from the renewed sharpness of Diego Costa and Yannick Carrasco, while they have one of the best goalkeepers in the world in Jan Oblak.

With Simeone drilling them from the sidelines, Atletico have all the ingredients to avenge their recent heartbreak in the competition.

“I have lost two finals but when you lose you are hungrier than ever when you go again, and I’m more determined than ever to win the Champions League,” added Koke.

“We have a beautiful opportunity to win this trophy if we do things the right way.”