Feast for the senses

Thanks to a new Yangtze River crossing, the charms of Yangzhou are now easily accessible by high-speed rail, Wang Ying reports from Shanghai. 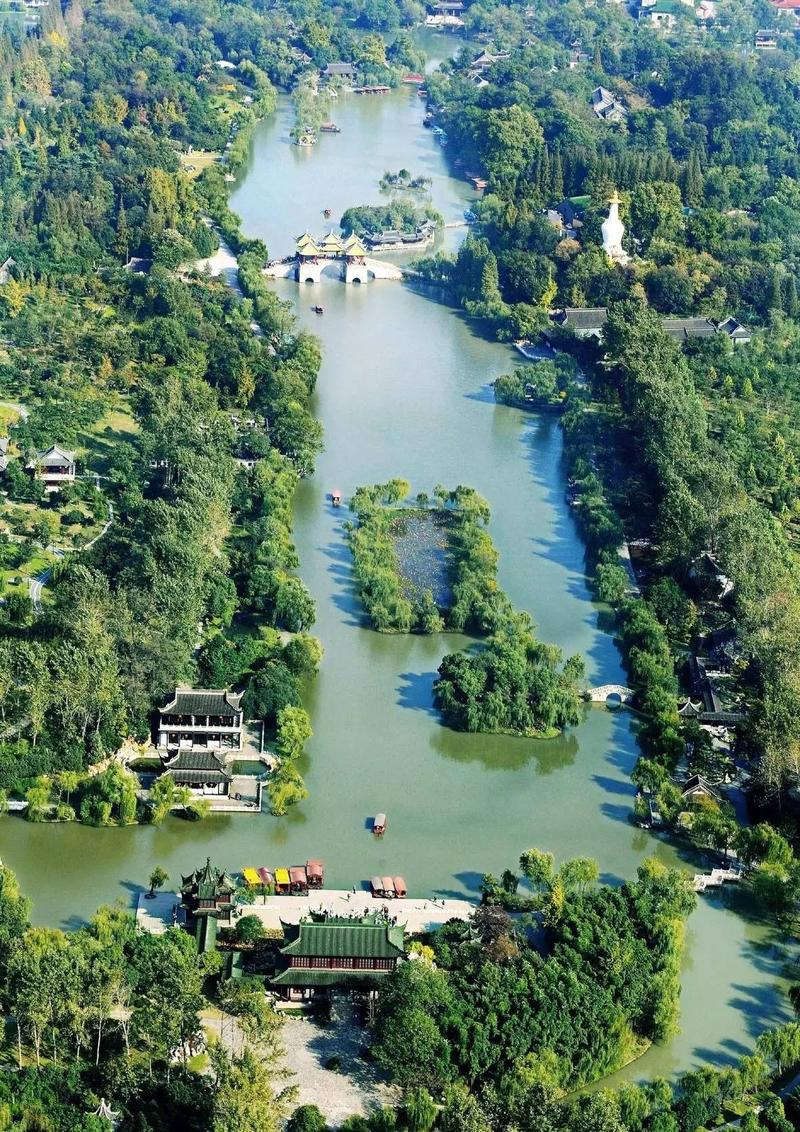 Following the opening of the Shanghai-Suzhou-Nantong Yangtze River Bridge, traveling among cities in the Yangtze River Delta region has become easier than ever.

The 15 billion yuan (US$2.16 billion) bridge, which took more than six years to build, began operations in July. It accommodates cars on its upper deck and trains on the lower one.

The bridge is especially important for cities such as Yangzhou and Taizhou, which previously had no direct train connections with Shanghai. Now Shanghai residents like me can visit these two cities with greater ease.

Intrigued by its rich history that spans more than 2,500 years, I decided to visit Yangzhou, which is nestled in the heart of Jiangsu province.

Located at the convergence of the Yangtze River and the Beijing-Hangzhou Grand Canal, Yangzhou is historically known as Guangling and Jiangdu, names often mentioned in Chinese poems and literature. 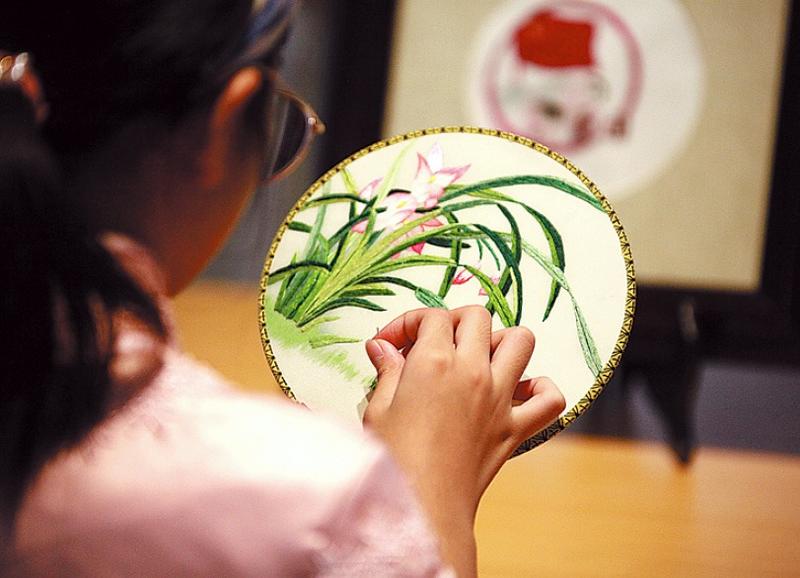 My trip to Yangzhou began with a train journey on the newly launched high-speed railway. The scenery that was presented to me during the initial part of the journey was nothing out of the ordinary, and it was only when the train reached the area between Zhangjiagang and Nantong of Jiangsu province that excitement started to grow in the carriage, since we could see the cable-stayed Shanghai-Suzhou-Nantong Yangtze River Bridge.

Stretching over the Yangtze River, the 1,092-meter bridge is an engineering marvel to behold. Almost everyone in the carriage was taking photos of the bridge.

After the three-hour train ride, my first stop in Yangzhou was Geyuan Garden, a private park built by local salt merchant Huang Zhiyun during the Qing Dynasty (1644-1911).Within the park is a residential complex and a garden that Huang spent 20 years and 6 million taels of silver to build.

The name of the garden stems from Huang's fondness for bamboo. Bamboo leaves resemble the shape of the Chinese character ge. 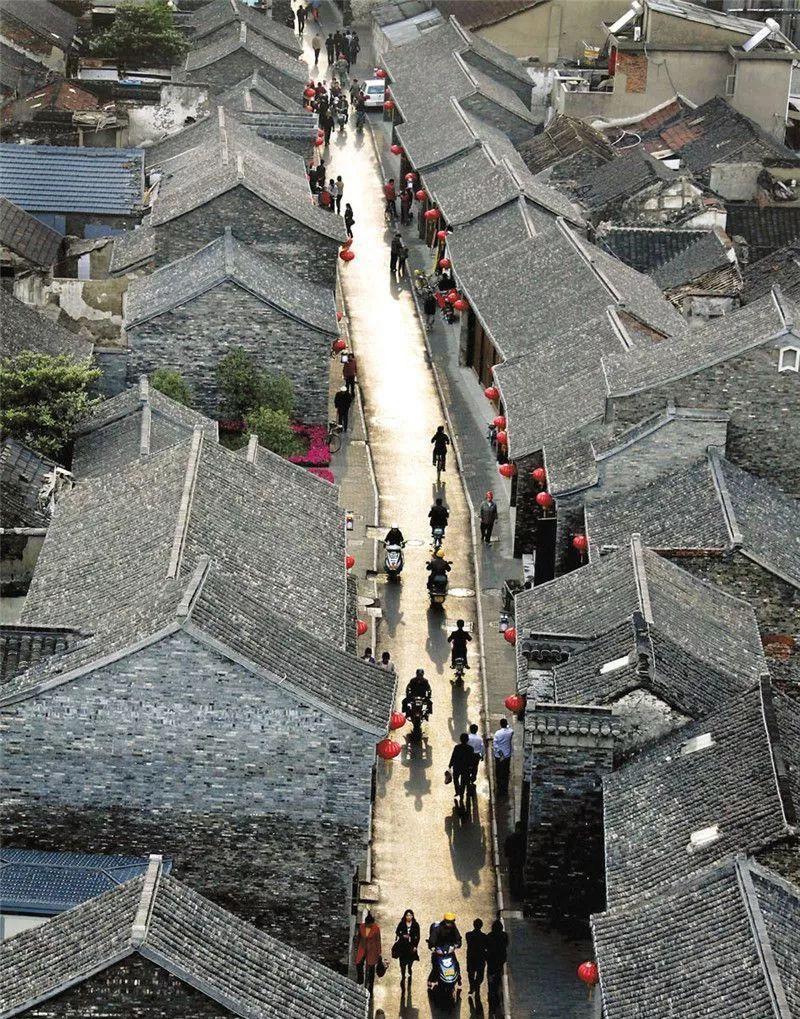 Dongguan Street is known for its well-preserved architecture, narrow lanes and wide selection of shops. (PHOTO PROVIDED TO CHINA DAILY)

There are more than 60 types of bamboo in the garden. These plants can even be found in paintings and calligraphies that are hung on the walls of the buildings.

Besides bamboo, the rock formations, which have been designed to represent each of the four seasons, are another reason why people visit the garden.

Watching the goldfish swim in the pond while surrounded by plants and rocks standing quietly in the light rain, I felt that I had entered the life of the house's former owner.

My next stop was the Slender West Lake. Featuring bridges, willows, green peach trees, flowers and boats in tranquil waters, the lake made me feel like I was strolling through a painting.

Hidden behind the trees on the other side of the lake is the White Pagoda, which is a replica of the white pagoda in Beijing's Beihai Park. Legend has it that the pagoda was built overnight by a salt merchant who was eager to please emperor Qianlong during his visit to the lake. 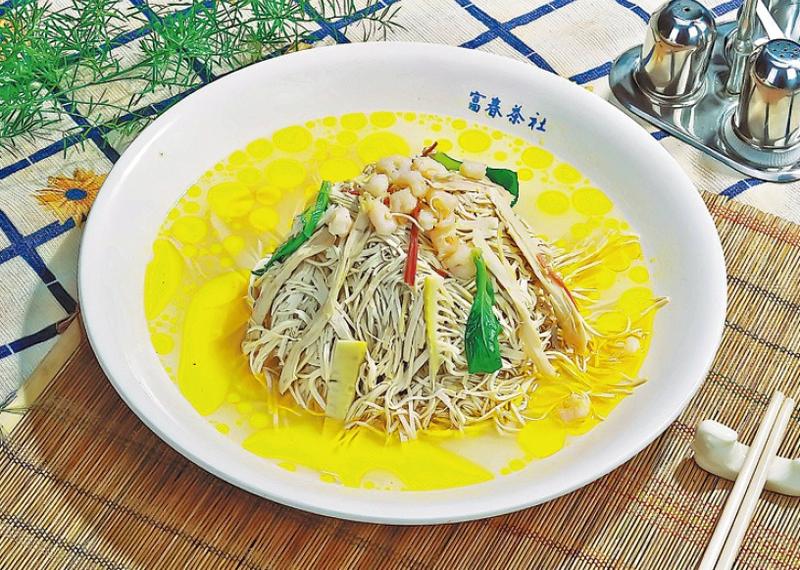 In the middle section of the lake is the Five Pavilion Bridge (Wuting Bridge), a stone bridge shaped like the letter H, which was regarded as the most beautiful of all ancient bridges by Mao Yisheng, the founder of modern bridge engineering in China.

Looking at it from a distance, I found the bridge and the shadows it cast on the water to be exceedingly graceful and peaceful.

Like many Chinese cities with rich histories and cultures, Yangzhou boasts a vibrant culinary scene. It was here that Huaiyang cuisine, which, along with Cantonese, Shandong and Sichuan cuisines, is considered one of China's four major cuisines, was born.

Among the famous dishes in Yangzhou is the shredded tofu in soup (Da Zhu Gan Si), which has been a perennial favorite among travelers because creating the shape of a chrysanthemum flower out of tofu that can float in the soup requires impeccable knife skills. 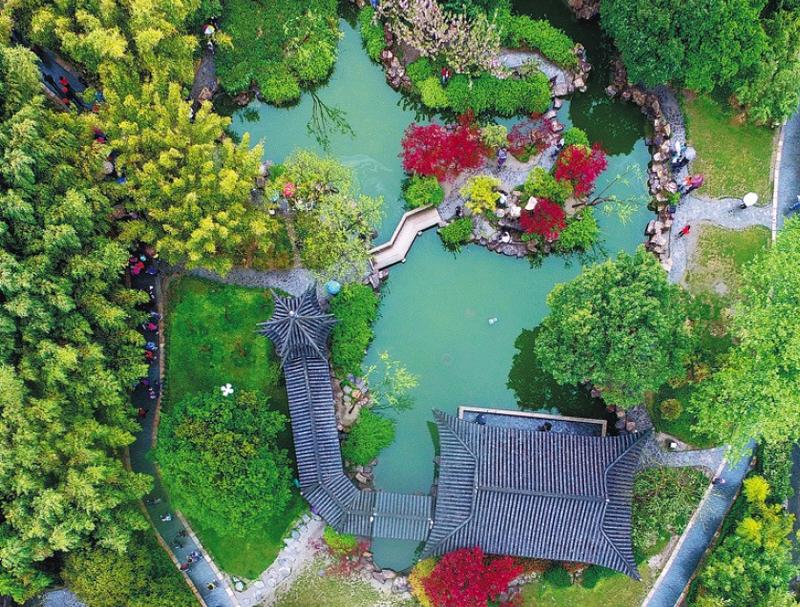 A chef needs to make more than 150 precise cuts in various directions on a small piece of tofu to craft this delicate dish.

When talking about Huaiyang cuisine, one cannot fail to mention the city's famous Yangzhou Fried Rice, which is renowned for its aroma and taste. It is almost impossible to miss this dish as nearly every restaurant has it on their menu.

For small bites, travelers can head to famous restaurants, such as Yechun Teahouse and Fuchun Teahouse, which offer a selection of colorful, aesthetically pleasing local snacks.

But it was the breakfast tea, or zaocha, that impressed me the most. 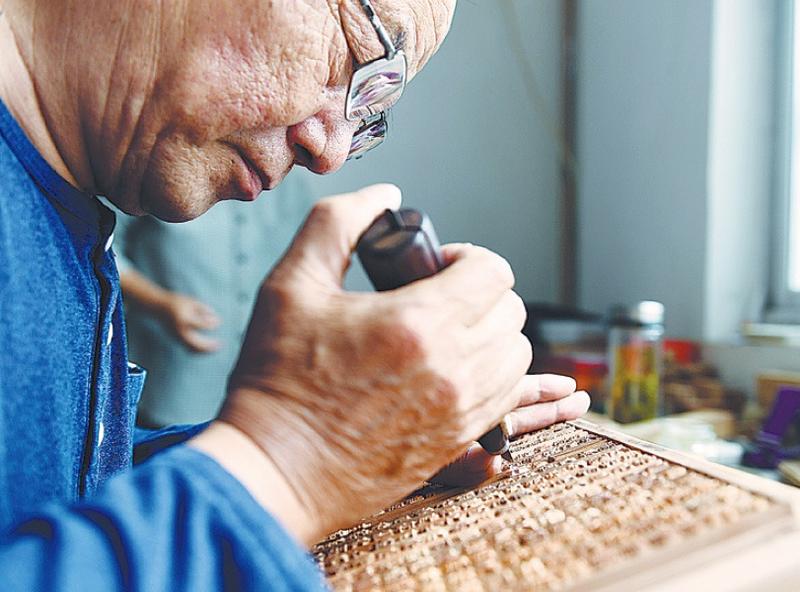 The fact that many customers choose to also buy these dishes for consumption later in the day is an indication of how delectable they are.

In terms of accommodation, Dongguan Street is home to a host of hotels and is conveniently located near the city's popular tourist landmarks and restaurants.

Located east of the Grand Canal, which runs through Yangzhou, Dongguan Street was once the most bustling street in the city. Today, its well-preserved architecture, narrow lanes and wide selection of shops make it a historical arcade for arts and crafts. It's popular with domestic and foreign tourists looking to purchase souvenirs. 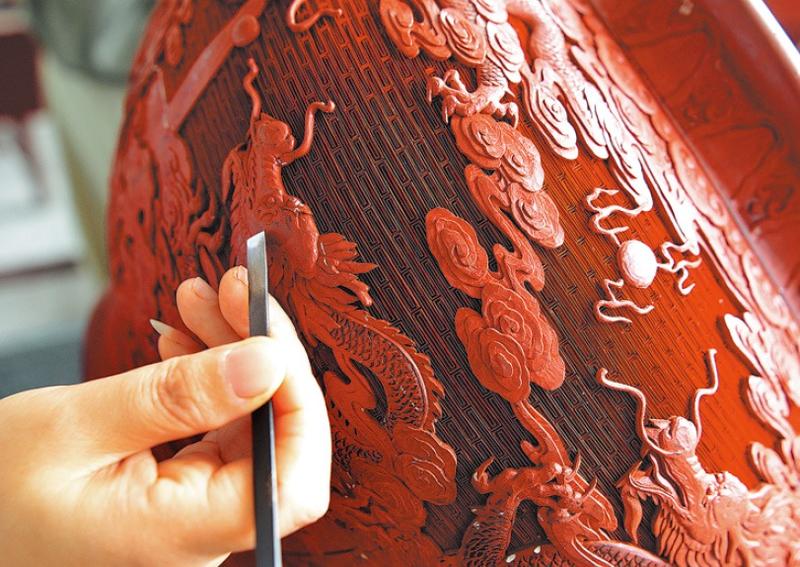 The street's main attractions include a charming teahouse, a host of time-honored stores selling products like pickles, makeup and lifestyle accessories, and cozy studios offering visitors a chance to see and buy folk arts listed as national intangible cultural heritage.

Some of the folk arts include flat-engraving typography, Yangzhou Tanci (storytelling accompanied by stringed instruments) and paper-cutting shows.

Don't forget to take a stroll along the street after a satisfying meal. With winding lanes stretching over a kilometer, the street itself is a window into the city's past.