Serena turned into bit of a recluse during COVID-19 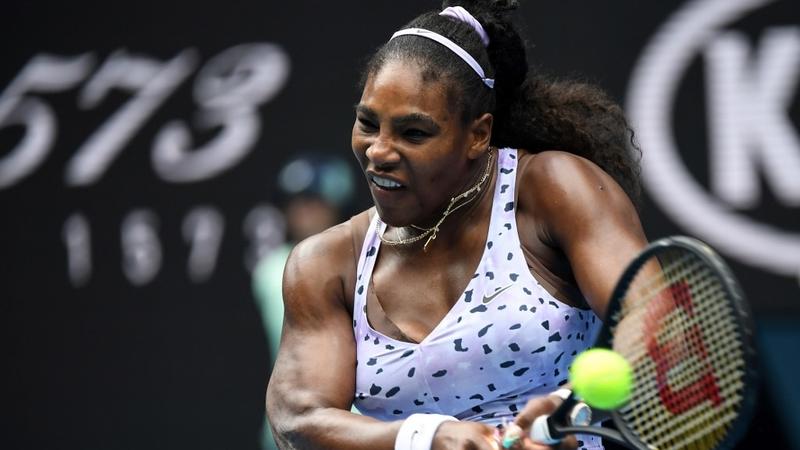 In this Jan 24, 2020 photo, Serena Williams of the US hits a return against China's Wang Qiang during their women's singles match on day five of the Australian Open tennis tournament in Melbourne. (William WEST / AFP)

Serena Williams said on Saturday the COVID-19 outbreak has not only given her a much needed stretch of downtime with her family, it has also turned her into a bit of a “neurotic” and “a recluse” given her past health scares.

The 23-times Grand Slam champion, who has a history of blood clots and pulmonary embolisms, said she has not taken the virus situation lightly and that her health has been her top priority ahead of her return to competition

The 23-times Grand Slam champion, who has a history of blood clots and pulmonary embolisms, said she has not taken the virus situation lightly and that her health has been her top priority ahead of her return to competition.

“I’ve been a little bit of a recluse,” Williams, 38, said on a video call from Lexington, Kentucky where she will compete in next week’s Top Seed Open.

“I don’t have full lung capacity so I’m not sure what would happen to me. I’m sure I would be OK but I don’t want to find out.”

Williams, who has also committed to playing in the Aug 31-Sept. 13 US Open, said it was fun to finally return to tennis but the idea of travelling is not one she took lightly.

“I have like 50 masks that I travel with ... I’m super, super careful with what I’ve been doing, and everyone in the Serena bubble is really protected,” said Williams.

“Because at the end of the day it’s cool to play tennis, but this is my life and this is my health, so I’ve been a little neurotic to an extent but that’s just what I have to be right now.”

Williams, who last competed in February when she helped the United States defeat Latvia in Fed Cup play, said one thing she has learned during a pandemic that has turned the global sporting calendar on its head is not to plan too far ahead.

But after the US Open, where she is a six-times champion, Williams has every intention to fly to Europe where the French Open is scheduled to begin on Sept 27.

“I see myself doing it all if it happens,” said Williams, who will be joined by older sister Venus, Sloane Stephens and Victoria Azarenka in the field at the inaugural Top Seed Open.