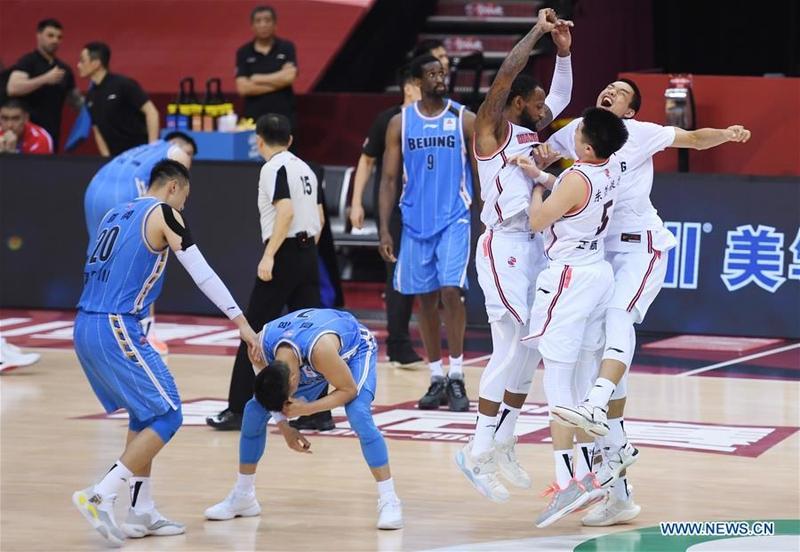 QINGDAO - The defending champions Guangdong Southern Tigers edged the Beijing Ducks 88-85 in the Chinese Basketball Association (CBA) semifinals here on Saturday to reap a 2-1 victory in the best-of-three series.

Both sides played hard defense from the very beginning, and Guangdong managed a 16-13 lead in the first quarter.

The Ducks tied the game 37-37 when the first half ran out, as Jeremy Lin and Ekpe Udoh each bagged eight points

The Ducks tied the game 37-37 when the first half ran out, as Jeremy Lin and Ekpe Udoh each bagged eight points.

Launching a 9-0 run, the Southern Tigers grabbed a 63-57 lead in the third quarter.

After Fang Shuo buried a three-pointer, Beijing fell only one point behind with 16 seconds on the clock. Sonny Weems stayed solid on the free throw line to add two more to extend the lead to three points for Guangdong.

Lin made a driving layup to cut the deficit to one point again, before Yi Jianlian added two more points out of three free throws for Guangdong.

Lin missed a buzzer-beater to see the opponents cheer their victory.

This is the 15th time for Guangdong to reach the CBA finals. The club will battle against the Liaoning Flying Leopards for the championship.

Udoh got a game-high 24 points and 21 rebounds for Beijing, Lin finished with 17 points, and Zhai Xiaochuan contributed 15 points.

On Guangdong side, Yi had a team-high 18 points and 14 rebounds, captain Zhou Peng and Weems notched 17 points apiece, and Wang Xinkai added 14 points including four three-pointers out of six attempts.

"Yi, who just came back from injury, helped the team a lot tonight, not only in the technique and tactics, but also in setting an example to the young players," said Du Feng, head coach of Guangdong.

"We did our best, but the defending champions are indeed more powerful than us. We will enjoy our short vacation and come back next year," said Xie Libin, acting head coach of Beijing.