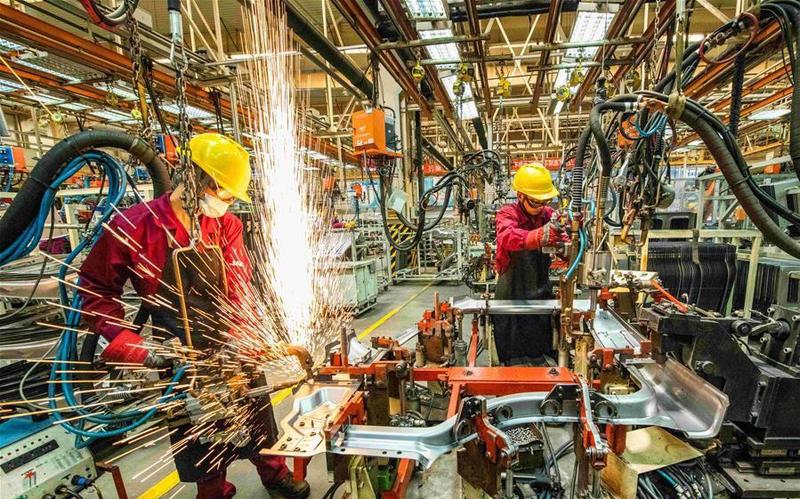 BEIJING – China will accelerate the establishment of a "dual circulation" development pattern that takes the domestic market as the mainstay while domestic and foreign markets can boost each other.

Since May this year, the top leadership of the country has reaffirmed the dual-circulation development pattern on various occasions, indicating the strategic priority of China's economic development is accelerating the shift from an export-led to a domestic demand-driven growth model.

It is not a hasty decision, but an active choice mulled for years.

China has actively participated in the global value chain since its reform and opening-up in the late 1970s, achieving rapid economic development through its low costs and export-oriented strategy.

However, deficiencies have gradually emerged, such as excessive dependence on foreign trade, risks in economic security, restrictions in key technologies and pressure on industrial upgrading.

From the perspective of the domestic situation, China is pushing for high-quality development and accelerating the transformation of its economic growth model

In fact, since the Asian financial crisis of 1998, China has shifted the foothold of its economic development to expanding domestic demand. In recent years, China has become increasingly reliant on the domestic market rather than exports.

From the perspective of the domestic situation, China is pushing for high-quality development and accelerating the transformation of its economic growth model.

In the current global landscape, the world is undergoing profound changes unseen in a century. COVID-19 is wreaking havoc across the world, trade protectionism is on the rise in some countries and the global industrial and supply chains may experience remarkable changes.

It is in this milieu that the new development pattern has been reaffirmed, based on China's long-term development strategy and changes in the global situation.

The new development pattern mulled by the top leadership is an active strategic choice for China's economy to nurture new opportunities and secure new advantages in global competition, said Huang Qunhui, director of the Institute of Economics at the Chinese Academy of Social Sciences.

While the potential of domestic circulation is being emphasized, it does not mean China will seek seclusion. Instead, it will utilize domestic and international resources more efficiently, ensuring robust and sustainable development.

"Economic activities never existed in isolation. They are dynamic and cyclic. Since China has deeply integrated itself into globalization, it cannot expand domestic demand without the smooth operation of the global industrial and supply chains," said Wei Jianguo, vice chairman of the China Center for International Economic Exchanges.

"The strategy to take domestic circulation as the mainstay and expand domestic demand as the strategic foundation does not mean closing doors to the outside world or active decoupling. On the contrary, it means further opening up to the outside world at a high level," said Guan Tao, an economist with BOC International.

A review of its major reforms this year reveals clues to the country's endeavors in boosting opening-up.

In early June, China released the master plan on building the southern island province of Hainan into a globally influential free trade port.

Two guidelines were unveiled in April and May - one on the market-based allocation of resources, and the other on improving the socialist market economy. Both plans centered on protecting the market's role in the economy to nurture the growth of domestic and foreign-funded companies alike.

China needs to continue its pivot toward domestic demand-driven growth. The country is improving its domestic demand system in an open environment, so dual circulation - domestic and international - should not be severed.

China's development cannot be segregated from the world, while global development also needs China. In the future, China will only open its doors wider to share its development opportunities with the world.