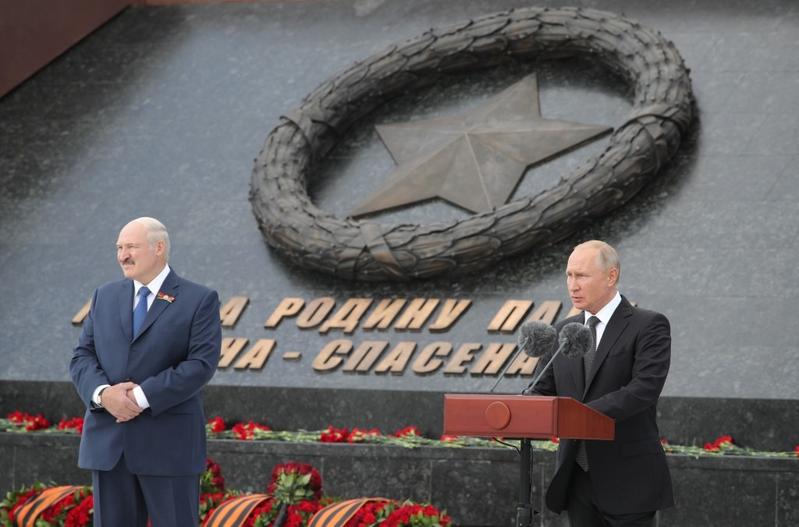 Putin emphasized that Russia is interested in maintaining a stable political situation in Belarus and holding the Belarusian presidential elections in a calm atmosphere, the Kremlin said

The presidents expressed confidence that the situation will be resolved "in the spirit of the amicable characteristic of cooperation between the two countries," the Kremlin said in a press release.

ALSO READ: Agency: Belarus says it has detained US nationals

Putin emphasized that Russia is interested in maintaining a stable political situation in Belarus and holding the Belarusian presidential elections in a calm atmosphere, the Kremlin said.

Last week, 32 militants from the private Russian military contractor Wagner Group were detained near the Belarusian capital Minsk, with another detained in the south of the country, the Belarusian state news agency Belta reported.

Belarus accused the detainees, along with many others at large, of attempts to destabilize the situation ahead of the country's presidential elections on Aug 9, an accusation which Russia has denied.

During the phone conversation at the initiative of the Russian leader, Putin and Lukashenko discussed the course of the election campaign in Belarus, according to a statement posted on the website of the Belarusian president.

"Vladimir Putin, in particular, noted the importance of further development of the fraternal Belarusian-Russian relations and the need to counter negative trends and actions by third parties which may lead to their deterioration," it read.

The leaders also discussed the response to the COVID-19 pandemic in the two countries and the development of a vaccine, it added.