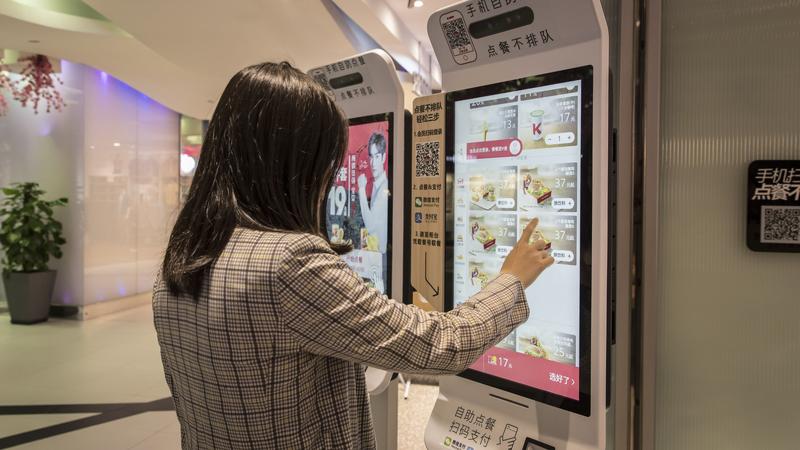 Yum China Holdings Inc is targeting a second listing in Hong Kong as early as September, people familiar with the matter said, adding to the list of billion-dollar share sales in the Asian financial hub this year.

The Chinese mainland’s largest restaurant company, which runs outlets in the country of US brands including KFC, Pizza Hut and Taco Bell, plans to seek the special administrative region’s stock exchange approval as soon this month, the people said, asking not to be identified because the information is private

The Chinese mainland’s largest restaurant company, which runs outlets in the country of US brands including KFC, Pizza Hut and Taco Bell, plans to seek the special administrative region’s stock exchange approval as soon this month, the people said, asking not to be identified because the information is private.

The New York-listed fast food giant has been working with Goldman Sachs Group Inc and China International Capital Corp on the listing, Bloomberg News has reported. Citigroup Inc, CMB International Capital Corp and UBS Group AG are also arranging the deal, the people said. The company has filed confidentially for the Hong Kong share sale, which could raise about US$2 billion, the people have said.

Details of the offering such as the timing and size are not final and could change, the people said. Representatives for CICC, Citi, Goldman Sachs, UBS and Yum China declined to comment, while a representative for CMB International didn’t immediately respond to requests for comment.

Yum China is part of a growing wave of US-listed mainland firms looking for a trading foothold in Hong Kong.

The mainland’s No 2 online retailer JD.com Inc raised US$4.5 billion in its Hong Kong listing in June, in the world’s second-largest initial share sale this year, according to data compiled by Bloomberg. Gaming company NetEase Inc raised US$3.1 billion from its offering in the financial hub in the same month. Alibaba Group Holding Ltd pioneered the so-called “homecoming” listing model for US-listed mainland firms last year with a massive US$13 billion share sale.

Nongfu Spring Co, Chinese bottled water giant, plans to seek Hong Kong stock exchange approval as soon as next week for its proposed IPO, which could raise about US$1 billion, Bloomberg News reported on Friday. The company aims for a listing as early as September should it get the nod from the exchange, the people have said.

Yum China reported a sputtering recovery from the effects of the coronavirus pandemic, with sales improving in April and May but weakening again in June. The company said comparable sales in the second quarter fell 11 percent from the previous year, and it expects them to remain under pressure in the third quarter.

Yum China operates 10,000 restaurants in over 1,400 cities across the mainland, according to its website. Its New York shares have risen 13 percent this year.