Lives on the line — the last hope

As more Hong Kong patients seek organ transplants on the Chinese mainland as the last resort, medical experts have called for more-favorable policies for SAR residents in need of medical treatment across the boundary and for bureaucratic hurdles to be removed. Li Bingcun reports from Hong Kong. 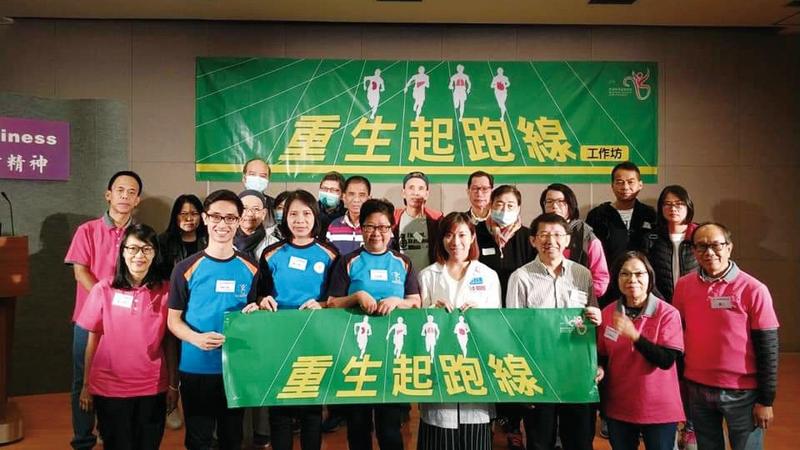 He was almost at death’s door and given only a few months to live without a liver transplant. An operation in Hong Kong was out of the question because of the critical shortage of donated organs, compounded by the extreme difficulty in locating suitable donors, as well as the longstanding, sometimes superstitious beliefs of traditional Chinese families.

Tsang, then 67, was diagnosed with liver cancer in mid-2004. He was told that his only likely hope was to head north — to the Chinese mainland — for a liver transplant. But for Hong Kong residents seeking donated organs and surgery across the boundary, it is a long, arduous journey that demands courage, high costs and endurance. Tsang had no choice.

After a wretched two-month wait and a complex operation in Guangzhou, Guangdong province, he got a new liver. It cost him and his family a fortune — nearly HK$1 million (US$129,000) — but gave him a new lease on life.

Tsang’s liver came from an anonymous donor. It has functioned well since the transplant in late 2004, and he remains in good health today.

Tsang said he willingly paid the high cost to save his life. He feels he’s much luckier than many other Hong Kong patients who must endure a lengthy wait for donor organs at home.

The amount of donations of other vital organs in Hong Kong ranks near the bottom among the world’s developed countries and regions. Currently, about 2,500 patients are on the waiting list in the SAR for organ transplants. 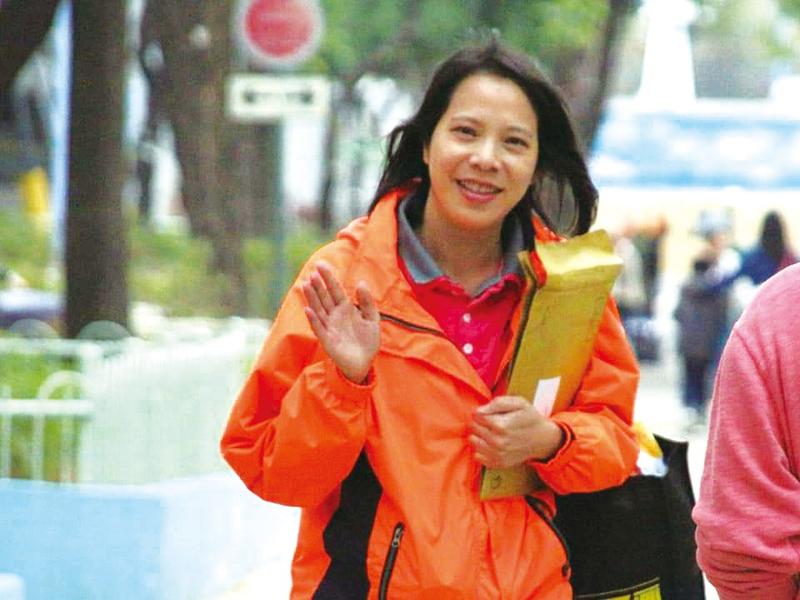 Cheng Yuk-kam, chairperson of a local organ transplant association, which is among the earliest group of Hong Kong people seeking organ transplants on the mainland, said the plight of the group has not changed over the past two decades. (PHOTO PROVIDED TO CHINA DAILY)

The average waiting time for a kidney transplant is 53 months — the longest among all types of transplants. Dozens of patients die each year while waiting for the right organ match.

Therefore, possibly the only hope for those who can’t get a donation locally or abroad lies with the mainland. From 2010 to 2018, 676 organ transplants involving Hong Kong patients were performed on the mainland, according to the China Organ Transplantation Development Foundation. Last year alone, 425 Hong Kong residents were on the online waiting list for donated organs on the mainland, the foundation said.

Most of the patients wait for an operation in Guangdong, while others are scattered across the country in places such as Shanghai and Beijing. Kidneys and livers are the two key organs most in demand in Hong Kong. The average waiting time for a transplant on the mainland is less than six months, according to patients and insiders.

But often, time is not on the side of those battling serious illnesses as they desperately wait for word on when they will go under the knife. Experience has shown that even with relatively easier access to organ donations on the mainland, patients face many hurdles.

Tsang, now 73, learned he had multiple tumors in his liver in May 2004. Although the cancer was still in an early stage, his health quickly took a turn for the worse. Surgery had failed to remove the cancerous cells, and doctors told him a liver transplant was the only option.

The waiting list for a donor’s liver in Hong Kong was too long for Tsang. He would have to wait until he was on the brink of death from organ failure.

His situation seemed hopeless. His doctor said that Tsang could try to obtain a donated liver on the mainland, where Hong Kong patients are allowed to wait for a donation in hospitals. Tsang learned that the waiting time there was relatively short. 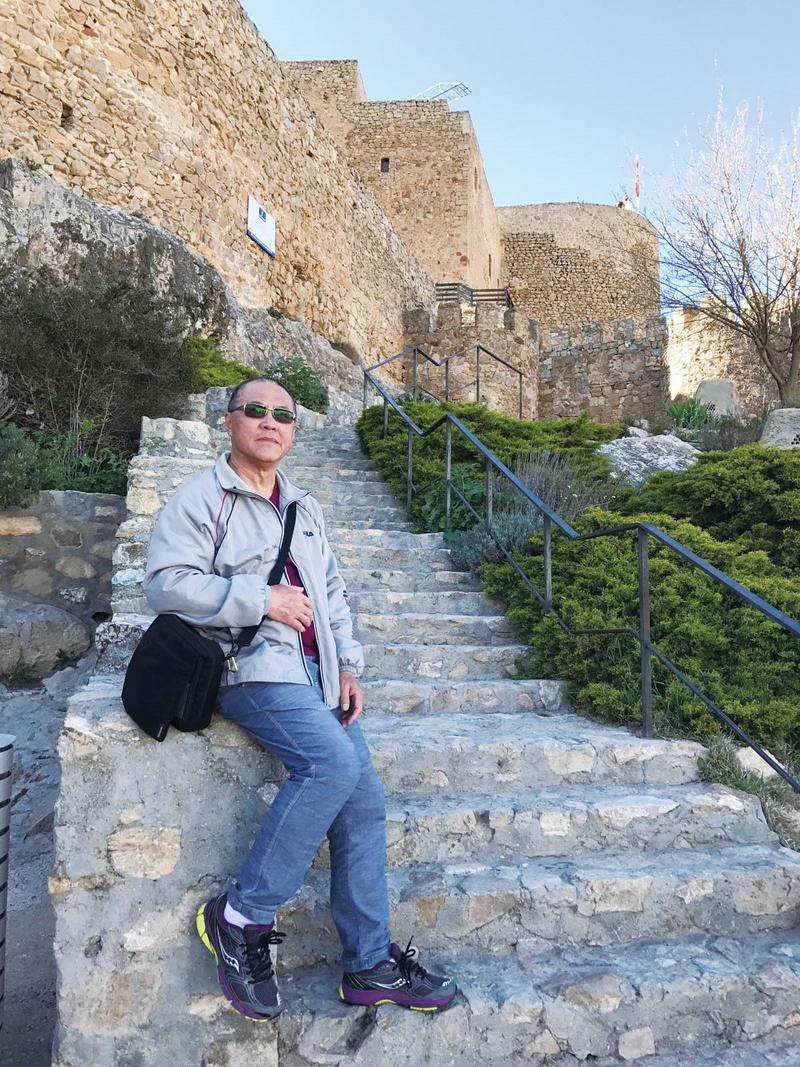 Hong Kong patient surnamed Tsang spent around HK$1 million in a liver transplant surgery on the mainland. Despite the charge, he still feels he is luckier than many Hong Kong patients troubled by a shortage of donated organs. (PHOTO PROVIDED TO CHINA DAILY)

The last chance for life

He had never consulted a mainland doctor, but he well understood it was, in all likelihood, his last chance.

In October 2014, Tsang, accompanied by his wife, arrived at the Third Affiliated Hospital of Sun Yat-sen University in Guangzhou, where many transplant patients had been admitted.

After undergoing the required medical tests, Tsang’s name was added to the hospital’s waiting list. Although he was advised to wait in Hong Kong, he chose to stay in the hospital as he thought it would reduce the waiting period. His wife checked into a nearby hotel to look after him.

The couple’s savings were hemorrhaging, as were Tsang’s spirits. He checked with doctors every day, but the good news didn’t come. Despite the agony, Tsang had never considered returning to Hong Kong because he believed that, at that point, he was seemingly at a dead end.

Fortunately, much to the couple’s delight, a suitable liver donation came through about two months after Tsang’s admission to the hospital. Surgery followed. It was declared successful, and Tsang returned to Hong Kong two weeks later for follow-up treatment.

The total price tag for the operation, plus accommodation expenses for his wife, came to almost HK$1 million. He had to borrow from relatives to foot the bill.

Time and money were not the only stumbling blocks. During post-surgical treatment in Hong Kong public hospitals, Tsang faced a setback in his treatment. All the medical checks he’d had done in Guangzhou, including X-rays, had to be redone in Hong Kong. He was given new prescriptions and had to stop taking the drugs provided by the mainland hospital. The adjustments slowed his recovery.

A similar dilemma confronted Chu Yu-san, a 44-year-old Hong Kong patient who had a kidney transplant in Guangzhou in 2011. The treatment cost him about HK$500,000. He also had to undergo duplicated medical checkups at a private clinic in Hong Kong during his recovery.

Cheng Yuk-kam, chairperson of the Hong Kong Transplant Sports Association, which groups former patients who have recovered from organ transplants, said the situation hasn’t changed much in recent years.

Cheng received a donated kidney in Guangzhou in 2003. She said every Hong Kong patient seeking an organ transplant on the mainland is probably “betting with his or her life”. Despite the courage and determination of patients, she said there’s little to shore up their efforts.

Patients today still have to make their own way to seeking donor organs on the mainland. Most of the information available to them comes from family doctors, former patients or the internet, Cheng said. Those in need of organ donations are vulnerable and can be easily misled by rumors that can hold back treatment.

At present, the bill for an organ transplant on the mainland can be anywhere from HK$80,000 to HK$2 million, Cheng said. A patient must pay all the costs as Hong Kong’s medical care benefits cannot be applied beyond the city.

Since January this year, Hong Kong residents with a mainland residence permit are eligible for medical coverage under the mainland’s public welfare system. But getting that permit requires having a continuous mainland residence for over six months — too long for most patients seeking organ transplants.

There are also the complications arising from a lack of coherency among medical institutions on both sides of the boundary. That causes inconvenience for patients wanting post-surgical treatment in Hong Kong, Cheng said.

It also increases the difficulty that Hong Kong doctors face offering suitable treatment, which may lead to serious adverse effects or even prove fatal.

The impact of these problems is building up as the trend of Hong Kong people in search of organ transplants on the mainland increases, said Lo Chung-mau, chief executive of the University of Hong Kong-Shenzhen Hospital — a 600-bed public hospital in Shenzhen’s Futian district and one of HKU’s two teaching hospitals. Lo is also a recognized Hong Kong expert in liver transplants. 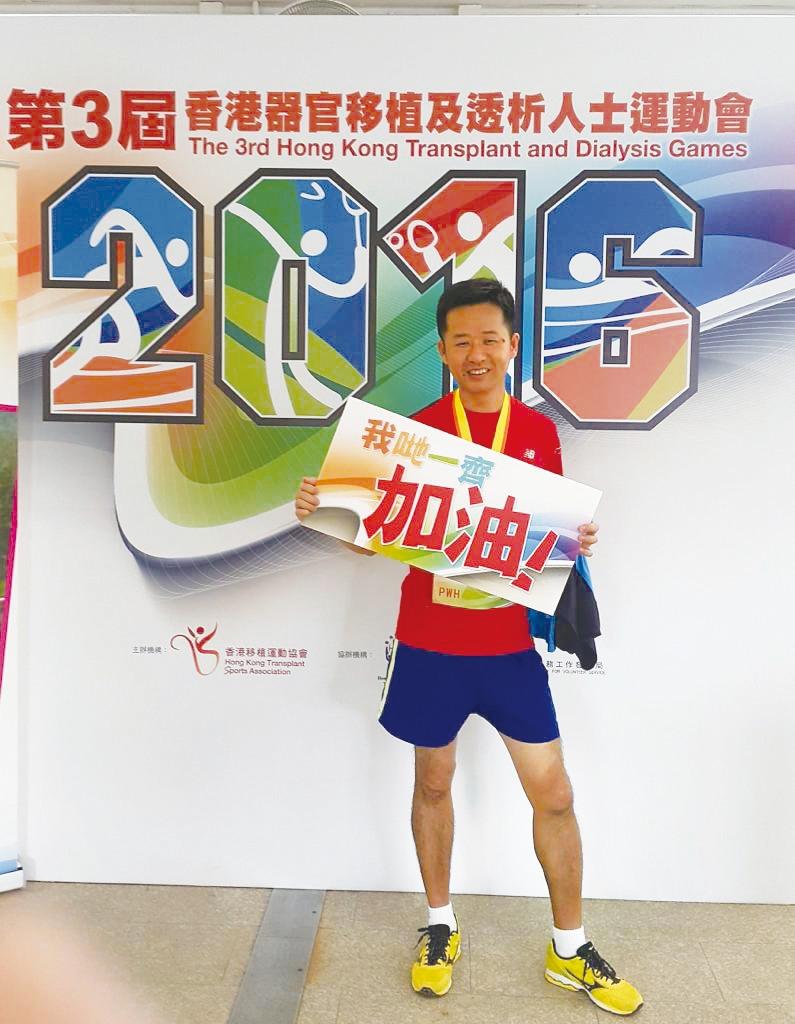 Hong Kong patient Chu Yu-san participated in the third Hong Kong Transplant and Dialysis Games in 2016. He had a kidney transplant in Guangzhou in 2011 that cost HK$500,000. (PHOTO PROVIDED TO CHINA DAILY)

According to data from the China Organ Transplantation Development Foundation, the number of Hong Kong people waiting for donated organs on the mainland rose by 112 to 425 from 2018 to 2019.

The number of kidney transplant cases for Hong Kong patients on the mainland has also surpassed that of local transplants. Last year, 161 Hong Kong residents underwent surgery for a new kidney across the boundary — almost triple the number of patients receiving similar treatment in Hong Kong.

The trend was partly caused by a growing demand for local organs. Between 2017 and 2019, the number of mainland patients waiting for kidney transplants had soared by nearly 200. Lo warned that the number is expected to continue going up as enhanced medical services have increased the survival rate of patients.

Another reason is the mainland’s rapid development in organ donations and transplants in recent years, as well as the higher quality of medical services, Lo said.

Since 2013, the mainland has established an official distribution system of donated organs. Authorities have stopped harvesting organs from executed prisoners in the last five years, and most of the organs donated are now obtained from patients who died from brain or cardiac diseases.

According to a national medical service report by the National Health Commission in 2018, both the number of donated organs and organ transplants on the mainland ranked second worldwide. It also showed that the post-surgery survival rate of beyond 30 days has surpassed international standards.

As economic links and the flow of people between Hong Kong, as well as cross-boundary medical collaboration, continue to deepen, patients, medical experts and insiders have called for more-favorable policies for Hong Kong patients.

The development blueprint for the Guangdong-Hong Kong-Macao Greater Bay Area, unveiled in 2019, pledged to provide greater benefits for patients seeking cross-boundary medical services in the region. This would include studying the feasibility of a cross-boundary transfer system in designated public hospitals.

In view of the closer ties, Cheng said, many patients want an official platform to be set up to offer more information on cross-boundary organ transplant, including the availability of organs at each hospital and their respective waiting times.

Lo would like a transfer mechanism among public hospitals in place on both sides of the boundary that would also involve the sharing of medical documents of patients. He also suggested that authorities arrange for all Hong Kong patients seeking organs on the mainland to wait it out at designated hospitals in Shenzhen and Guangzhou. This will help the authorities on both sides to offer the necessary assistance for them, he said.

Besides, considering the growing number of patients requiring transplants, Lo said greater financial resources should be allocated to relieve the burden on patients.

He urged the HKSAR government to study the possibility of extending the use of the elderly healthcare voucher system on the mainland. Eligible elderly Hong Kong residents have already been using these vouchers to pay for part of their outpatient services offered by the University of Hong Kong-Shenzhen Hospital in Guangdong for the past five years.