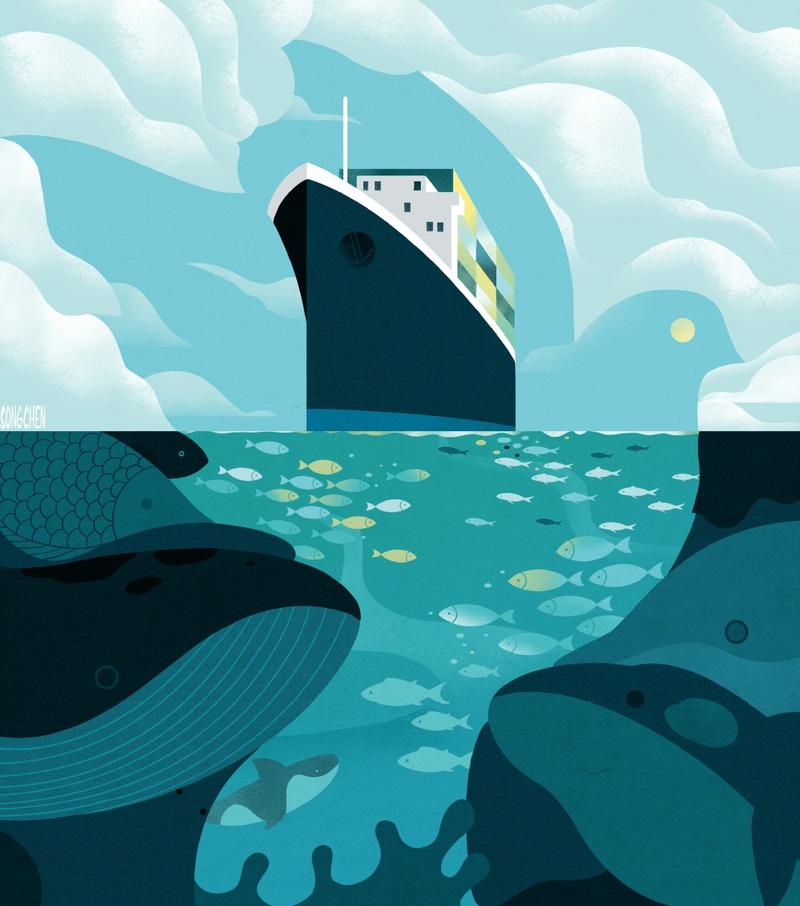 Some US politicians are busy trying to drive a wedge between China and its Southeast Asian neighbors by making efforts to flare up tensions in the South China Sea, because a relatively stable Asia-Pacific region has become an eyesore for them. But China and its Southeast Asian neighbors are fully aware of the importance of maintaining regional peace and promoting economic cooperation.

The recently concluded 36th ASEAN Summit projected the commitment of the Association of Southeast Asian Nations and its partner economies to signing the Regional Comprehensive Economic Partnership agreement later this year. This is positive news amid the dire situation the world is facing due to the novel coronavirus pandemic and the US-China disputes.

ASEAN member states know that solutions to the territorial disputes in the South China Sea depend on negotiations, not on the US’ obsession to check China’s rise. The progress of the RCEP is the latest indication of such a realization

Compared with Europe, the regional integration project didn't take off in East Asia until the recent past. Even the highly impressive economic performance of Japan and the Four Asian Tigers－the Republic of Korea, Singapore, and Taiwan and Hong Kong－from the 1970s to the 1990s was not accompanied, or followed, by the emergence of any formal regional economic structure.

The 1997-98 Asian financial crisis was a turning point. East Asian leaders realized that greater economic integration was necessary to defend the region against global economic turbulences. That China was developing into a global economic heavyweight at the turn of the century was an added advantage－not least because its regional trade volume were increasing rapidly and it was set to join the World Trade Organization in 2001.

At the Manila summit between ASEAN and China in 1999, Zhu Rongji, then Chinese premier, proposed developing an ASEAN-China free trade zone. Formal talks progressed rather rapidly, and an agreement was signed in 2002. Which prompted Japan and the ROK to follow suit, and a web of bilateral and multilateral trade agreements were inked in the following decade, with regional and extra-regional players such as India, Australia, New Zealand and the United States joining in.

The East Asian community building process has suffered due to territorial disputes and historical issues including Japanese atrocities in the territories Japan occupied in East Asia and Southeast Asia before and during World War II, the strategic competition between China and Japan, and the disagreements between Japan and the ROK.

The East Asia Summit best reflects the contrasting positions of China and Japan. Initially, the EAS was a forum alongside the 10+3 meeting and included India, Australia and New Zealand (10+6)－and later Russia and the US (10+8).

China and most ASEAN member states want to build a regional community through the 10+3 platform before expanding it to include more countries. Japan, however, appears to be in favor of pan-regional community on the lines of 10+6 or 10+8, as it wants countries such as India, Australia and the US to be part of such a community to counterbalance China.

Also, Japan has not shown enough interest in establishing a free trade zone with China and the ROK. Since the China-ROK free trade agreement has been completed, the prolonged negotiations on a trilateral free trade agreement indicate Japan is not too keen to sign one. And the stalling of the East Asian community project has led to the emergence of various regional frameworks that appear to divide the countries of the region into different groupings.

Specifically, the RCEP, which is aimed at an economic partnership instead of a supranational community, has superseded the more ambitious East Asian community project. Yet Japan is more active in shaping the Comprehensive and Progressive Agreement for Trans-Pacific Partnership (CPTPP), which excludes China and the ROK and therefore could be seen as an attempt to check China's rise.

Japan has also inked an economic partnership with the European Union, while China-EU negotiations on a trade and investment pact still have some distance to travel. Despite such difficulties, it is clear that creating a stronger regional institutional architecture will bring many benefits for East Asia, including better handling of regional challenges such as security-related issues.

David Kang, a US scholar who specializes in East Asian studies, argues that China's economic rise has changed the security-economy dynamics in the region, enabling East Asian countries to lower their defense spending as their focus has shifted from security toward trade and investment.

Economic growth in East Asia has meliorated the security situation and, as a result, regional countries are focused on achieving economic growth. In this regard, closer intraregional economic ties are deemed highly valuable. Which is in direct contrast to the US' way of dealing with China, that is, to push maximalist security strategies and a polarizing, confrontational discourse.

Most East Asian countries, due to their interests in the region's economic development, have made it clear they want to maintain friendly relations with all sides, and have no desire to contain China. In fact, given the rising importance of economies thriving through regional cooperation in East Asia and other parts of the world, there are enough reasons to believe the era of the US-led world order, characterized by hegemony and a unilateral approach to diplomatic, economic and security issues, is slowly coming to an end.

Since Japan already has the CPTPP and the Japan-EU Economic Partnership under its belt, it may be ready to join China and the ROK to finalize a trilateral trade agreement and agree to build an East Asian community.

The ROK, too, might inject more vigor into the East Asian integration project, as it has the desire and ability to play a stronger regional role under its current president. Also, after having contained the COVID-19 pandemic, the ROK has taken the lead in re-opening its economic links with China.

In contrast, the US has adopted an ever-intrusive approach to the South China Sea issue to not just intimidate China but also pressure Australia, the United Kingdom and other countries to dance to its tune.

But the countries in the region can read the US' hypocrisy－its "freedom of navigation" operations actually mean freedom for US Navy ships to even enter the waters on which other countries claim sovereignty.

ASEAN member states know that solutions to the territorial disputes in the South China Sea depend on negotiations, not on the US' obsession to check China' rise. The progress of the RCEP is the latest indication of such a realization.

And that's why we can be hopeful that, despite the pandemic, trade and cooperation in East Asia and beyond will continue to fuel development and bring prosperity.

Wang Zhengxu is a professor at the School of International Relations and Public Affairs, and Tessy Yue Li is a student of diplomacy and international relations at the Global Studies Institute, University of Geneva.