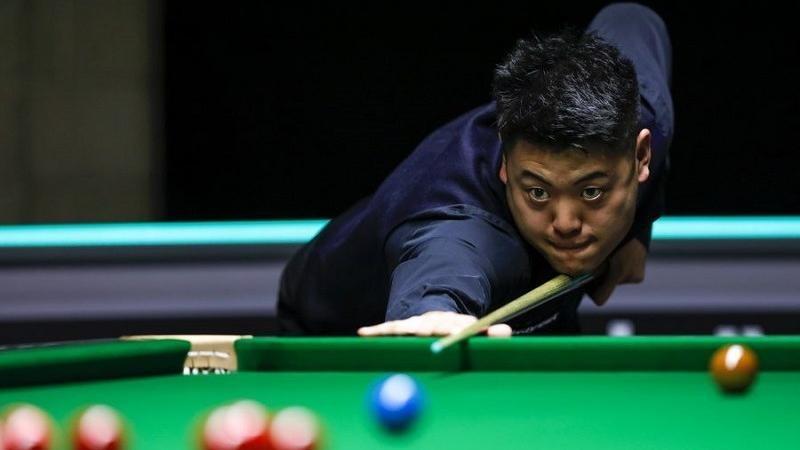 In this Nov 26, 2019 photo, Liang Wenbo of China competes during the Snooker UK Championship 2019 first round match with Dominic Dale of Wales in York, Britain. (HAN YAN / XINHUA)

LONDON - China's Liang Wenbo failed to go through the first round at the Snooker World Championship as he lost 10-5 to Australian Neil Robertson on Sunday.

Liang booked a place in the final stages at the World Championship with two wins in the qualifier. The world number 34 pushed hard at the beginning of the first round, fighting from 3-5 down to 5-5. But world number two Robertson dominated the following match, winning five frames in a row to reach the last 16.