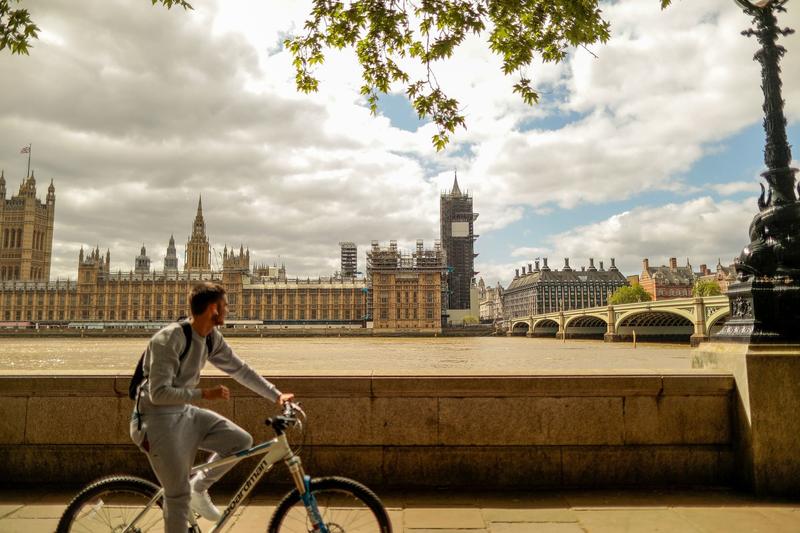 A cyclist travels along the Thames Path in view of the Houses of Parliament in London. (JASON ALDEN / BLOOMBERG)

LONDON / NEW YORK / MEXICO CITY / CAIRO - Prime Minister Boris Johnson is considering sealing off Greater London and ordering at-risk members of the population to stay at home under a potential scenario designed to avert a second national lockdown, according to news reports on Saturday.

Possible measures include locking down the capital if infection rates spike and tightening quarantine rules on those flying into the UK, The Sunday Telegraph reported. There would be travel curbs in and out of the M25 highway encircling Greater London and a ban on overnight stays, according to the Sunday Times.

Elderly people and those considered to have an increased risk from COVID-19 could be asked to stay at home, and “harder” local lockdowns could be ordered than the restrictions already imposed on parts of northern England.

Global COVID-19 deaths surpassed 680,000 on Saturday, reaching 680,575 as of 11:35 am , according to the Center for Systems Science and Engineering (CSSE) at Johns Hopkins University.

The United States reported the most COVID-19 cases and deaths. Other countries with over 30,000 fatalities include Brazil, Mexico, Britain, India, Italy and France.

Police ended the protests in the center of the German capital, demanding that they disperse, because many of those taking part were not wearing masks or observing distancing rules. They said they would bring charges against the organizer. Protesters waved placards and chanted slogans including “The biggest conspiracy theory is the corona pandemic,” according to DPA.

Germany recorded 606 new virus cases in the 24 hours through Sunday, down from 864 on Saturday, according to data from Johns Hopkins University.

Flights from Moscow to Geneva will resume from Aug. 15 for passengers with residence permits in Switzerland, the TASS news agency reported on Saturday, citing the Swiss embassy in Moscow.

It said travellers from Russia will have to observe a 10-day quarantine on arrival, according to the news agency.

Russia reported 5,427 new cases of the novel coronavirus on Sunday, bringing its nationwide tally to 850,870, the fourth largest caseload in the world.

Russia’s coronavirus taskforce said 70 people had died over the last 24 hours, pushing the official death toll in the country of around 145 million people to 14,128. 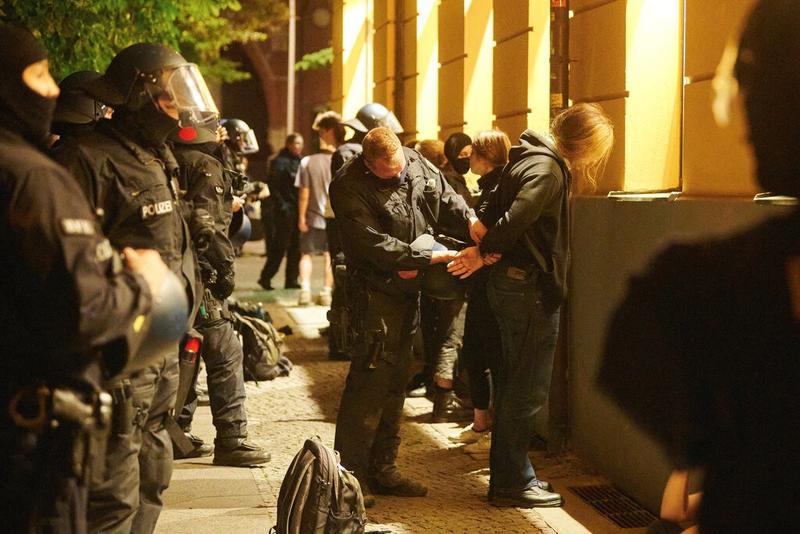 A demonstrator is arrested following a demonstration against the planned evacuation of a trendy pub syndicate in Berlin Sunday, Aug. 2, 2020. (Annette Riedl/dpa via AP)

The US added 66,545 new virus cases Friday, a 1.5% increase compared to the daily average rise of 1.6% of the previous week, according to data from Johns Hopkins University and Bloomberg. Total cases were 4,561,511.

A record 658 new coronavirus cases were reported in the country on Saturday, up from 657 on Friday, the Polish health ministry wrote in a Twitter post. Deaths rose by 5 to 1,721.

Ireland’s chief medical officer on Saturday described a recent spike in COVID-19 infections as “concerning”, as the average number of cases per day doubled from around 20 in recent weeks to over 40 over the past five days.

Ireland, which still has lower infection rates than much of Europe, reported 45 new cases of COVID-19 on Saturday, down from a two-month high of 85 cases on Thursday.

Brazil reported 45,392 new cases, down from 52,383 the previous day. Total cases, in the nation hit worst by outbreak after the US, are 2.6 million, according to data compiled by Johns Hopkins University and Bloomberg. Another 1,088 deaths were reported, down from 1,212 the day before, for a total of 92,475.

Mexico racked up a record number of new confirmed coronavirus infections on Saturday, registering more than 9,000 daily cases for the first time and passing the previous peak for the second day running, official data showed.

Mexico’s health ministry reported 9,556 new cases of coronavirus, surging past the record of 8,458 set on Friday. The ministry also logged 784 additional fatalities, bringing the total tally in the country to 434,193 cases and 47,472 deaths.

The new record in cases came a day after Mexico overtook Britain as the country with the third-highest number of deaths caused by the coronavirus pandemic. 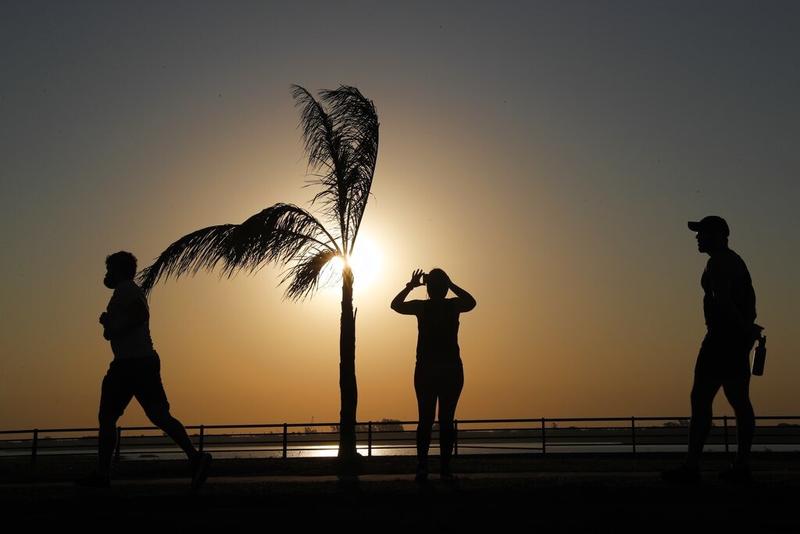 People are silhouetted against the sky with a setting sun in Asuncion, Paraguay, Saturday, Aug. 1, 2020, amid the new coronavirus pandemic. (JORGE SAENZ / AP)

Colombia reported 10,673 new COVID-19 cases on Saturday, taking its total to 306,181, according to the Ministry of Health and Social Protection.

South Africa’s confirmed cases of COVID-19 have crossed half a million, its health ministry said on Saturday, while cases in Africa as a whole approached a million.

Africa’s most industrialised nation recorded 10,107 new confirmed cases of COVID-19, the respiratory illness caused by the novel coronavirus, pushing the total to 503,290, the ministry said.

Just over 3 million people have so far been tested for the virus in South Africa, which confirmed its first case five months ago, and 8,153 deaths have been recorded. Africa has recorded 934,558 cases, 19,752 deaths and 585,567 recoveries, according to a Reuters tally.

ALSO READ: WHO: Impact of coronavirus will be felt for decades to come

Egypt's coronavirus cases continued the slowdown trend to reach 94,316, with the addition of 238 new infections.

The Egyptian Health Ministry also reported 29 more deaths and 1,499 cases of recoveries, increasing the death toll to 4,834 and the total recoveries to 41,137.

The Ethiopian Ministry of Health, in a statement issued on Saturday, revealed that from a total of 7,358 medical tests that were conducted within the last 24 hours, 469 of them tested positive for COVID-19, eventually bringing the total number of positive cases to 17,999.