A medical staff collects a nasal swab of a woman with a Rapid Antigen Test (RAT) kit for the COVID-19 coronavirus, at a testing centre in Ghaziabad on July 23, 2020. (PRAKASH SINGH / AFP)

Kamal is the first senior politician and a minister in any state government across the country to have died of COVID-19.

Aged 62, Kamal had tested positive for the novel Coronavirus on July 18. She served as the Minister of Technical Education in the Uttar Pradesh government.

Australia’s Victoria state tightened restrictions and declared a state of disaster after its outbreak showed no signs of abating.

Andrews said he would declare a state of disaster from 6 pm tonight, which would give police added powers. Metropolitan Melbourne would be under a curfew limiting movement between 8 pm to 5 am The new restrictions will be in force for six weeks.

Australia’s state of Victoria reported more than 650 infections of the new coronavirus on Sunday, up from 397 cases the previous day.

Australia’s government expressed support on Sunday for the strictest social-distancing measures yet by the state of Victoria in an effort to contain the new coronavirus.

In Iraq, the tally of coronavirus infections rose to 126,704 after 2,095 new cases were reported.

The country also reported 64 more deaths and 1,841 recovered cases, raising the death toll from the infectious virus to 4,805 and the total recoveries to 89,275.

Iraqi Deputy Health Minister Hazim al-Jumaili said that the recent increase of COVID-19 cases is an alarming sign of the failure to comply with the health preventive measures.

In the mean time, Iraqi Health Ministry said "most citizens are not abiding by the health preventive measures, through gatherings of families to exchange congratulations on the Eid al-Adha festival."

Iran, the hardest-hit country in the Middle East region, reported 2,548 new cases, bringing the total number of infections to 306,752.

Kuwait has banned until further notice commercial flights to 31 countries it regards as high risk due to the spread of the coronavirus, the Directorate General of Civil Aviation said on Saturday.

The ban was announced the same day that Kuwait began a partial resumption of commercial flights. The authorities have said Kuwait International Airport would run at about 30% capacity from Saturday, gradually increasing in coming months. 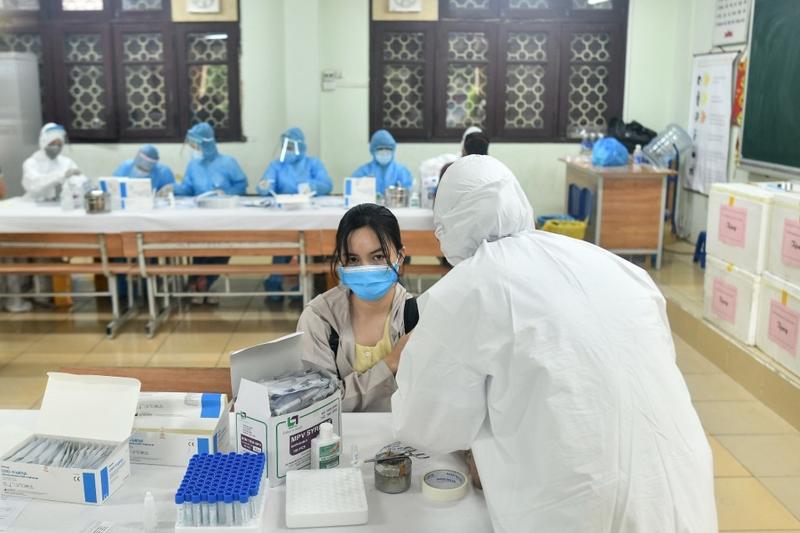 Health workers wearing protective suits collect a blood sample of a resident at a makeshift rapid testing centre in Hanoi on August 1, 2020, as Vietnam records a rise in cases of the COVID-19 coronavirus. (MANAN VATSYAYANA / AFP)

Rafi Peretz, Israel’s Minister of Jerusalem Affairs, said late Saturday on Twitter that he had tested positive for coronavirus and that he is feeling well.

Peretz was in Israel’s parliament on both Tuesday and Wednesday and anyone who was in contact with him was asked to remain at home while the Knesset conducts an epidemiological study, a spokesman said. It wasn’t immediately known if he was in contact with Prime Minister Benjamin Netanyahu.

The death toll of the virus in Israel increased to 526 after 14 have succumbed to the virus while the recoveries rose to 45,098.

Israeli Minister of Transport announced on the day that the country will resume international flights on Aug. 16.

Tokyo confirmed 292 new coronavirus infections on Sunday, after cases rose by more than 400 in the past two days, public broadcaster NHK said.

Governor Koike Yuriko said on Friday Tokyo could declare a state of emergency if the coronavirus situation in the Japanese capital deteriorates further, as debate deepened over how to respond to record increases in new infections.

"A total of 455 tests for COVID-19 were conducted across the country yesterday and two of them were positive," Amarjargal Ambaselmaa, head of the NCCD's Surveillance Department, said at a daily press conference.

COVID-19 cases in Nepal surpassed 20,000-mark on Saturday, with 315 new cases reported in the day, Nepal's Ministry of Health and Population said.

Since early this week, Nepal has been witnessing resurgence in new cases of COVID-19.

Jageshwor Gautam, spokesperson at the ministry, said at a regular press briefing that the COVID-19 cases had reached 20,086 in the country.

There were three new cases of COVID-19 to report in managed isolation in New Zealand on Sunday, announced the New Zealand Ministry of Health in a statement.

The total number of confirmed cases of COVID-19 reached 1,215, which was the number New Zealand report to the World Health Organization, said the ministry of health. 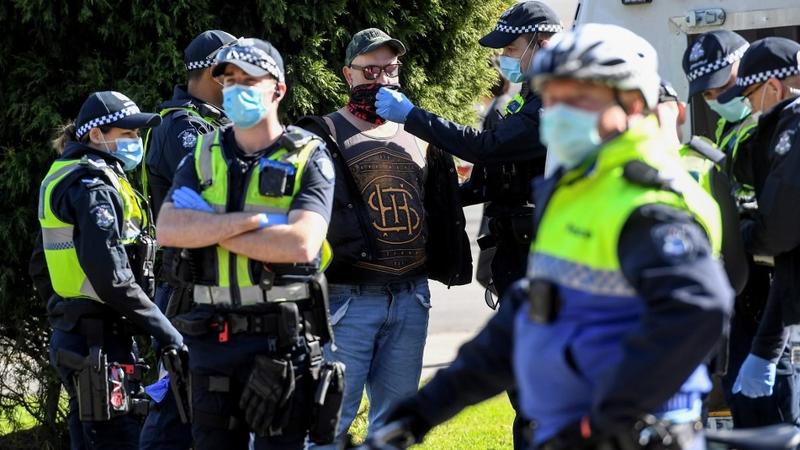 Singapore and Malaysia have finalized key details of a so-called green lane arrangement for business travel and for periodic commuters. The city state will start accepting applications for both categories from August 10 through its SafeTravel website, according to a Singapore government statement.

Singapore's Ministry of Health (MOH) reported 307 new COVID-19 cases on Saturday, bringing the total confirmed cases in the country to 52,512.

Of the new cases, five are imported cases, one is community cases and the rest are linked with the dormitories of foreign workers.

Of the new cases, 99 percent are linked to known clusters, while the rest are pending contact tracing.

The Philippines on Sunday reported 5,032 additional coronavirus infections, its largest single-day increase on record, taking the country’s confirmed cases to 103,185.

In a bulletin, the Department of Health also said the Southeast Asian country’s coronavirus death toll had jumped by 20 to 2,059.

The Philippine health department rejected a call by medical frontline workers to reimpose a two-week lockdown in Metro Manila and nearby areas, pointing to concerns following the nation’s worst economic slump in three decades.

“The economy cannot be at a standstill and employment and livelihood are at the minds of millions of Filipinos right now,” the Department of Health said in a statement.

The death toll from the coronavirus in the country rose to 5,710 after 19 new fatalities were added in the past 24 hours, Koca said, adding 981 more patients recovered, raising the total recoveries to 215,516.

Worried about a potential rise in COVID-19 infections, Turkish health officials and doctors urged for increased vigilance during the four-day Eid al-Adha holiday, during which millions travel across the country.

The total number of recoveries from the virus in the UAE increased to 54,255 after 346 more fully recovered.

Vietnam’s coastal city of Danang plans to test its entire population of 1.1 million people for coronavirus infection, the governing authorities said on Saturday.

The Southeast Asian country has registered a total of 590 cases after 4 new cases were reported on Sunday, of which 144 infections are linked to the recent outbreak in the costal city of Danang. Vietnam has recorded three deaths, the health ministry said in a statement.

The Health Ministry said on Saturday that up to 800,000 visitors to Danang have left for other parts of the country since July 1, adding that more than 41,000 people have visited three hospitals in the city since.

The total number of coronavirus cases in Yemen's government-controlled provinces increased to 1,730 after two new cases were added.

The number of recoveries in the government-controlled areas, including the southern port city of Aden, increased to 862 and the death toll climbed to 494.