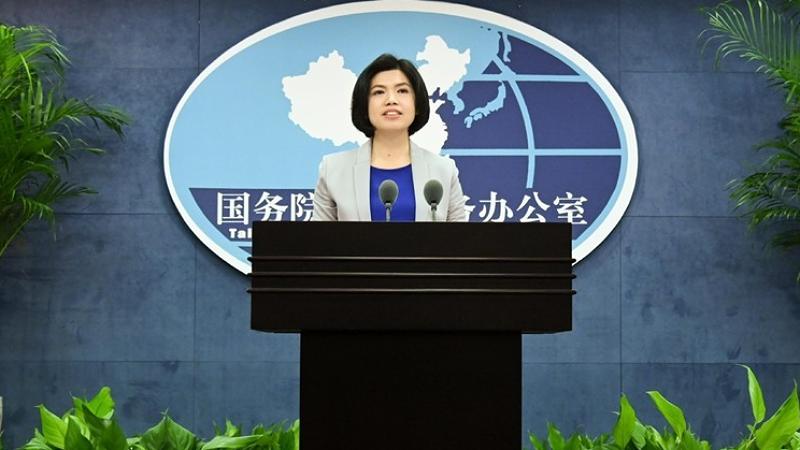 BEIJING - A Chinese mainland spokesperson on Friday stressed that "Taiwan independence" is a dead-end road, when commenting on the news that former Taiwan leader Lee Teng-hui died of illness Thursday.

The historical trend of national reunification and rejuvenation cannot be stopped by anyone or any force, said Zhu Fenglian, spokesperson for the Taiwan Affairs Office of the State Council

The historical trend of national reunification and rejuvenation cannot be stopped by anyone or any force, said Zhu Fenglian, spokesperson for the Taiwan Affairs Office of the State Council.

This came a day after the China defense ministry spokesperson voiced firm opposition to the US sending military personnel to China's Taiwan region for exercises and exchange.

ALSO READ: Call to heed China's sovereignty on either side of Taiwan Straits

In doing so, the US side has violated its political commitment to China, Ren said in response to a question at a regular press conference, warning the step had a severe negative impact on bilateral relations and military-to-military ties between China and the United States, as well as peace and stability across the Taiwan Straits.

Ren noted that China has lodged solemn representations with the United States, urging Washington to immediately rectify its mistake, and halt official and military contacts of any form with Taiwan region.

The US side should honor its commitment to the one-China principle and the three China-US joint communiques, and ensure that such incidents will not happen again, said Ren.

Taiwan is an inalienable part of China, Ren said, stressing the future of Taiwan lies in national reunification and the well-being of Taiwan compatriots depends on national rejuvenation.

China has the resolve, full confidence, and sufficient capability to thwart any form of interference by external forces and separatist acts of "Taiwan independence," Ren noted.

China will resolutely defend its national sovereignty and territorial integrity, and safeguard peace and stability across the Taiwan Straits, he said.