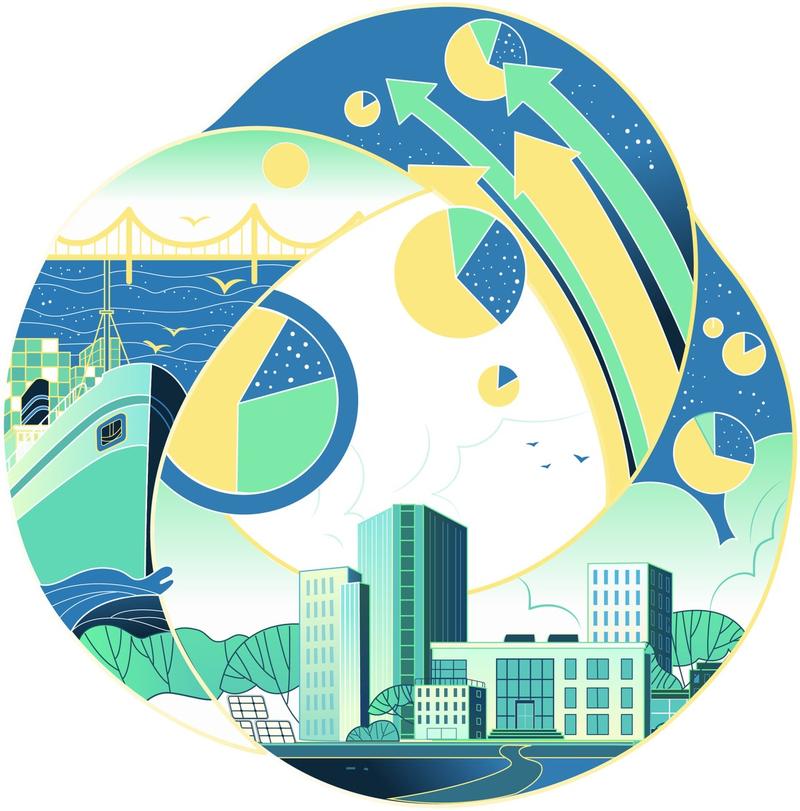 That President Xi Jinping has called for protecting market players and stimulating their vitality shows the COVID-19 pandemic has hit the domestic and global economies hard.

Although Xi said in his key speech at a symposium with corporate leaders in Beijing on Tuesday that greater efforts should be made to spur the vitality of market entities and promote entrepreneurship to leverage the strength of the huge domestic market in the face of rising protectionism, a sluggish global economy and a weakening international market, he ruled out the possibility of China closing its doors on other economies. Instead, he said, China will unleash the full potential of its domestic demand, improve connectivity between the domestic and international markets, and better use resources and the two markets to propel stronger and sustainable development.

Only when both the domestic and global markets function smoothly can the Chinese economy overcome the multiple challenges facing it.

The first challenge is the rapidly changing international environment, as the global economy faces recession, international trade and investment are shrinking, international financial markets are fluctuating, and global exchanges have almost come to a halt. To make matters worse, some countries have resorted to protectionism and unilateralism, increasing geopolitical risks. Given these facts, China has no choice but to boost domestic demand in order to maintain a healthy economic growth rate and meet the needs of its people.

Second, the pandemic has hindered China's economic development. Thanks to globalization, the global industrial and supply chains are deeply integrated, and a problem in even one of the links of the chains could trigger the butterfly effect. Take manufacturing for example. Chinese enterprises form a special link in the global industrial chain, which has been disrupted by the pandemic. And if the global pandemic situation doesn't improve in the near future, the chain risks fracture. As such, China has to keep the industrial and supply chains running by creating demands at home for the products originally meant for exports.

China has huge room to increase domestic demand. And given its vast land mass, abundant resources and capability to build a relatively sound industrial chain, China can boost its economy by greatly relying on growing domestic demand.

China has the world's largest and most sound industrial system, strong industrial production capacity, more than 100 million market players and over 170 million talents with higher education diplomas and/or special skills. More important, it has 1.4 billion consumers including more than 400 million middle-income residents. In addition, its new type of industrialization, urbanization, agricultural modernization and informatization can support a domestic demand-oriented development model.

But what China is really pursuing is smooth functioning of the economic cycles of both the domestic and global markets based on the healthy performance of the domestic economy－or a "dual circulation" development pattern that comprises the optimum exploitation of domestic market resources, and exchanges between the domestic and international one. Which means China will not shut the door on the world and, instead, it will further open up its economy to the outside world.

The global market is acutely interconnected, enabling market players even in less-developed economies to use their comparative advantages. And global market players can make the cake bigger by expanding trade and cooperation in order to achieve win-win results. This is the basic rule of market economy, which China abides by.

But some countries, by using protectionism and taking unilateral actions, are trying to obstruct the functioning of the global economy, which China wants to prevent.

As the world's second-largest economy and the largest developing country, China has entered a new era of economic development characterized by high-quality development, with higher-level opening-up being the objective requirement of high-quality and sustainable development. Xi has stressed that China's economy will open up wider; and to ensure that, we need to make greater efforts including building more pilot free trade zones and free ports, and more vigorously promote the Belt and Road Initiative.

China has already opened more sectors to foreign players, and is taking measures to improve the business environment.

The "dual circulation" development pattern centered on the domestic economy, and aimed at integrating the domestic and global economies is the right choice to not only give a much-needed boost to the Chinese economy but also revive the world economy－and ensure the global and domestic economies promote and reinforce each other.

The author is a professor at the School of Economics, Renmin University of China.