By ​Edith Mutethya in Nairobi, Kenya 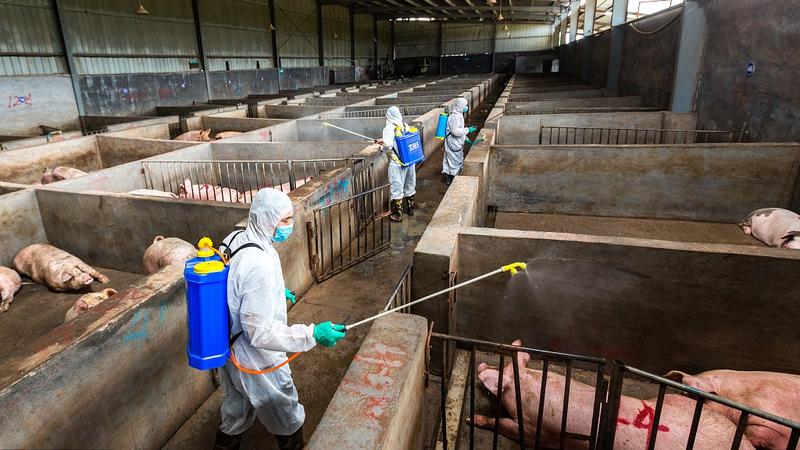 The World Organization for Animal Health, or OIE, and the Food and Agriculture Organization, or FAO, have called on countries and partners to join forces against African swine fever, which has become a major crisis for the pork industry.

The organizations said the fever is causing massive losses in pig populations and generating drastic economic consequences. Pork is the most consumed meat in the world, representing 36 percent of global meat consumption.

On a global scale, the World Organization for Animal Health and the Food and Agriculture Organization said the sustained spread of the fever poses a threat to food security, economic and rural development

On a global scale, they said the sustained spread of the fever poses a threat to food security, economic and rural development.

The organizations said the disease represents a barrier to the agricultural sector to reach its full potential, generate employment and alleviate poverty, and acts as a disincentive to investment in the sector.

Global control of African swine fever will thus contribute to achieving the United Nations Sustainable Development Goals, notably goal one which seeks to alleviate poverty and goal two that seeks achievement of zero hunger, they said.

The disease is currently affecting several countries in Africa, Asia and the Pacific, as well as Europe. With no effective vaccine, the disease is not only impeding animal health and welfare but has detrimental impacts on the livelihoods of farmers.

"Today, 51 countries are affected by African swine fever. And amid the difficult situation posed by coronavirus, the fever continues to spread, intensifying the current health and socioeconomic crises," said Matthew Stone, the deputy director general for international standards and science at the OIE.

Stone said many countries that are affected by the disease lack sufficient human, financial or technical resources to rapidly detect, respond and contain animal diseases.

Building upon the experience of the long-standing collaboration between the OIE and the FAO for the management of animal health related risks, the joint Global Framework for the Progressive Control of Transboundary Animal Diseases developed a global initiative with the aim of fostering national, regional and global partnerships.

The initiative is aimed at strengthening control measures and minimizing the impact of the complex and challenging disease.

It aims to improve the capability of countries to control, prevent, respond, and eradicate the fever using the OIE international standards and best practices that are based on the latest science.