Get China-US ties back on track

By Cao Desheng in Beijing and Zhao Huanxin in New York 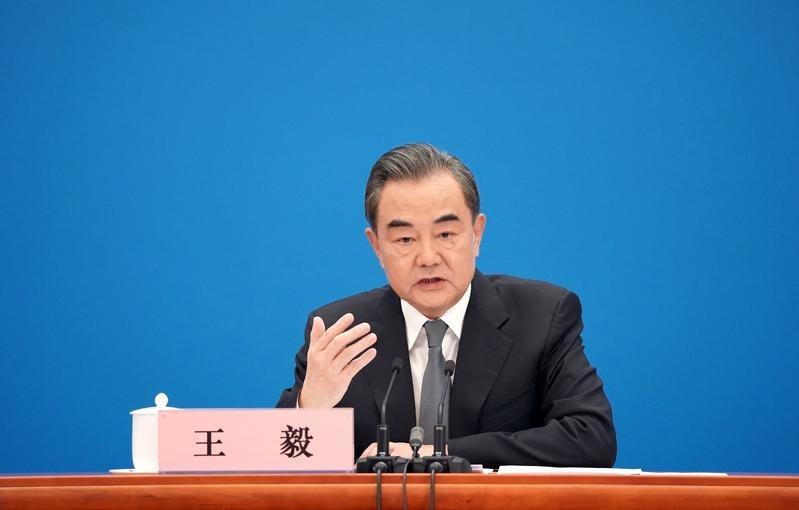 Washington needs to adopt a more rational and pragmatic policy toward Beijing to get the worsening bilateral ties back on the right track for the long-term benefit of the two nations and the world, officials and experts said.

Decoupling from China, as has been preached by some leading US politicians, is impractical and benefits no one, they said, and the two largest economies in the world need to properly manage their differences and rebalance their interests through dialogue and goodwill interactions to ensure their relationship is based on stability and cooperation.

During the China-US Think Tanks Media Forum held via video link on July 9, Chinese and US experts and researchers on China-US relations expressed their worries about one of the world’s most important bilateral relationships, which they said is faced with the most severe challenge since the two countries established diplomatic ties in 1979.

Addressing the forum, State Councilor and Foreign Minister Wang Yi offered his suggestions about how to improve China-US ties, saying that the two countries should review and agree on areas where they can cooperate, disputes that could be resolved through dialogue and ones that cannot but need proper management.

He reaffirmed that China’s door to dialogue remains open. “As long as the US is ready, we can restore and restart the dialogue mechanisms at all levels and in all areas,” he added.

Analysts said that at a critical time that China-US relations are at a low point coupled with the global economic recession due to the COVID-19 pandemic, China has sent out the message that it wants to reshape its ties with the US to advance a relationship featuring non-conflict and non-confrontation, mutual respect and win-win cooperation based on coordination, cooperation and stability.

Jon R. Taylor, a professor and chair of the Department of Political Science and Geography at the University of Texas at San Antonio, said Wang’s speech, while demonstrating China’s resolve, was also an opening for the US to make a reciprocal gesture.

“Wang’s speech was important because it provides assurances from China on how they believe that China-US relations can move forward,” Taylor said. “It reaffirmed that there is room for dialogue, a desire to reduce tensions, and the need to avoid a Cold War mentality afflicting China-US relations currently.”

Speaking of the most important area of cooperation between the US and China at the moment, Taylor mentioned the joint fight against COVID-19, which has infected more than 3.1 million people and claimed over 130,000 lives in the US.

“Sadly, the US doesn’t appear to be either willing or able to work with China on COVID-19,” he said. “If rational and more pragmatic heads could prevail, cooperation on COVID-19 would be an area where working together would not only benefit China and the US, but the entire world.”

During high-level communication between the two sides, there should be an absolutely clear understanding of the red lines that exist, Rudd told the forum.

“By red lines, I mean a core understanding about absolutely core interests, both in the military sphere but also in terms of future large-scale financial market actions as well,” he said.

Fu Ying, former vice-foreign minister and chair of the Center for International Strategy and Security at Tsinghua University, said a better prospect for China-US relations is that they can form a competitive and cooperative relationship — a new type of relationship for major countries that involves “controllable competition and necessary cooperation”.

Over the past months, ties between China and the US have been deteriorating as the two countries have been at odds on issues such as dealing with the COVID-19 pandemic, Washington’s interference in issues related to Hong Kong, Xinjiang, Tibet and Taiwan, which China considers as its domestic affairs and core interests, as well as disputes in areas such as trade and technology.

Mustafa Hyder Sayed, executive director of the Pakistan-China Institute, said that the larger context should be considered when talking about US actions toward China.

“Whether it’s Xinjiang, Tibet, Hong Kong, Taiwan or Huawei, there is a shared pattern of the Washington establishment. And that is to confront and contain China and to contain the peaceful rise of China,” he said in a video interview with China Global Television Network.

The US administration labeled China as a strategic competitor in its National Security Strategy report in 2017. However, China has said on many occasions that the two countries with two different systems could coexist peacefully through cooperation.

During a telephone conversation with US President Donald Trump on March 27, President Xi Jinping said China-US relations are at a crucial juncture. He reiterated that both countries benefit from cooperation and lose from confrontation, and cooperation is the only right option for them.

Li Bin, a professor of international politics and economics at Tongji University in Shanghai, said China’s basic economic system allows no fundamental system conflicts with Western countries including the United States, and on the contrary, it has the solid foundation to develop win-win cooperation in the global economy.

China has been emphasizing that it does not export its system to others and its political system only serves to uphold its social stability and development, Li said.

Since the trade disputes took place in 2018 due to the US administration’s protectionism and “America First” policy, calls for decoupling between the US and Chinese economies have been rising among some US politicians.

Douglas H. Paal, vice-president of the Asia Program at the Carnegie Endowment for International Peace, said complete decoupling is impossible. “We will sever some sources of connection, but most are integrated into the lives of both sides,” he said.

Vice-Foreign Minister Le Yucheng, during a video dialogue on China-US relations on July 8, reiterated that the trend toward China-US cooperation is unstoppable as the past 40-plus years have witnessed the deep integration of the Chinese and US economies, represented by a more than 250-fold increase in bilateral trade.

Although the flow of people between China and the US has paused due to the COVID-19 pandemic, the flow of goods has bucked the trend and continues to grow. In April, bilateral trade rose to US$41.2 billion, again making China the largest trading partner of the US. The figure continued to grow in May to US$46.5 billion, according to the Foreign Ministry.

Gary Hufbauer, a senior fellow and trade expert at the Peterson Institute for International Economics in Washington, said “common sense is the strongest force and both countries gain a lot from commercial exchanges”.

The most important step is for leaders to change their tone, so that Americans no longer hold such an unfavorable view of China, and vice versa, Hufbauer said.