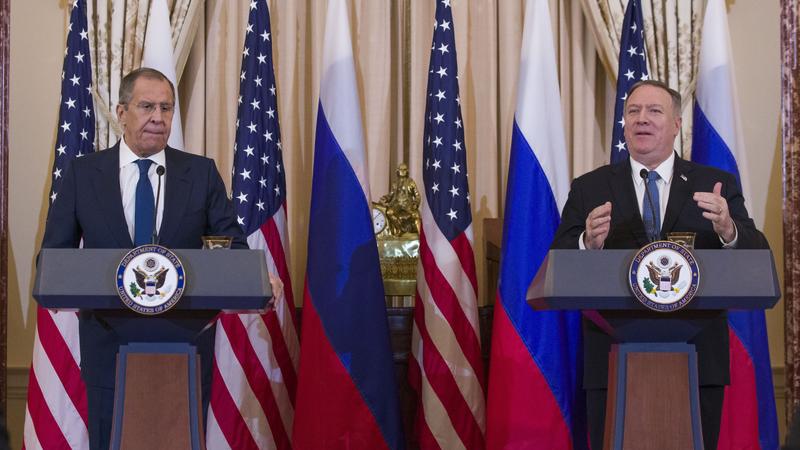 Pompeo also raised the issue of election security, the department said in a statement, as the United States readies for nationwide voting on Nov 3

The Trump administration has downplayed the reports, saying US agencies have not corroborated intelligence that Russia may have paid the Taliban to kill US troops. Russia has denied the allegations.

ALSO READ: US general doubts Russian cash led to US deaths in Afghanistan

After being briefed by US intelligence officials earlier this month, House of Representatives Speaker Nancy Pelosi said Washington should impose sanctions on Russia’s intelligence and defense sectors.

In his phone conversation with Lavrov, Pompeo also raised the issue of election security, the department said in a statement, as the United States readies for nationwide voting on Nov 3.

US officials have raised concerns that Russia could interfere in this year’s election after an investigation by Special Counsel Robert Mueller disclosed a campaign of hacking and propaganda by Russia during the 2016 US presidential race.

According to the Russian Foreign Ministry, Lavrov and Pompeo also discussed the preparations for a summit among the five permanent members of the United Nations Security Council.

ALSO READ: US, coalition forces to withdraw from Afghanistan in 14 months

"The two top diplomats discussed in detail preparations for a Russia-initiated meeting of the leaders of the UNSC permanent member countries. The sides exchanged views on maintaining strategic stability in the context of the upcoming meetings of Russian-U.S. working groups on military-political issues," the ministry said in a statement.

In addition, Lavrov and Pompeo discussed issues of the settlement of conflicts in certain regions of the world, including Afghanistan, Libya, and Syria, it said.

Some other pressing issues of the international agenda and problems of bilateral relations were also touched upon, it added.