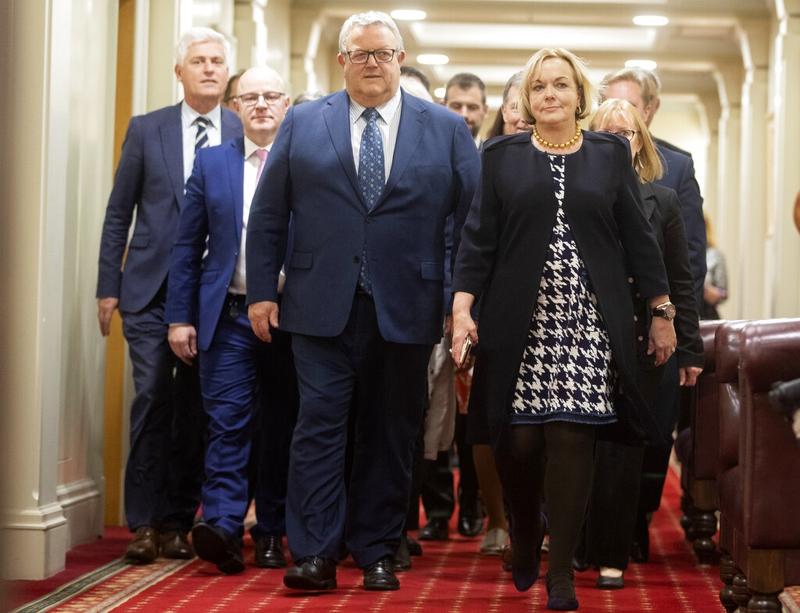 New Zealand’s main opposition, trailing in the opinion polls ahead of September’s election, elected Judith Collins as leader after the surprise resignation of Todd Muller, who held the job for less than two months.

The 61-year-old Collins was chosen by the party’s caucus in an evening vote, the party tweeted

The 61-year-old Collins was chosen by the party’s caucus in an evening vote, the party tweeted. Nicknamed “Crusher” because of her reputation as a hard-fighting politician, she said she hopes the party will “collectively crush the government” at the election, Stuff.co.nz reported.

Collins will face Prime Minister Jacinda Ardern in the September vote, the second time that women have led the country’s two main parties into an election. Muller, like predecessor Simon Bridges, struggled to turn the tide against Ardern, who has won plaudits at home and abroad for her handling of the pandemic, and her response to the 2019 Christchurch massacre.

Collins has been in parliament since 2002 and was a minister under the John Key-Bill English government, variously overseeing portfolios including revenue, energy, police and justice.

Gerry Brownlee, another party veteran who helped oversee the response to the 2010 Canterbury earthquake, was elected as deputy leader. Collins said Paul Goldsmith, the finance spokesman, will stay in his role, and she doesn’t expect a major reshuffle, Stuff reported. 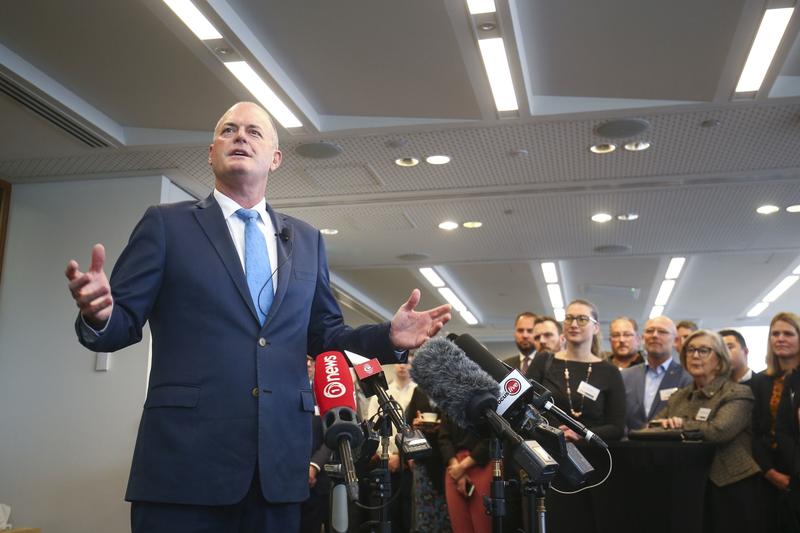 Muller had cited the “heavy toll” the job had taken on him and his family, though his tenure included a series of missteps, including a leak concerning Covid-19 patients.

“It has become clear to me that I am not the best person to be Leader of the Opposition and Leader of the New Zealand National Party at this critical time for New Zealand,” Muller said in a statement Tuesday in Wellington. “The role has taken a heavy toll on me personally, and on my family, and this has become untenable from a health perspective.”

Muller took over National’s leadership on May 22 after polls showing a slump in support under his predecessor Simon Bridges saw him ousted by the party’s members of parliament.

In a One News/Colmar Brunton poll published June 25, Ardern’s Labour Party had 50% support to National’s 38% -- signaling the challenge Muller faced ahead of the Sept. 19 election. Muller scored 13% as preferred prime minister to Ardern’s 43%.

Muller was under pressure after he took over the reins. His reshuffled shadow cabinet drew criticism for lacking ethnic diversity and he was called out by some media for not having a clear economic plan. Last week Muller was embarrassed when one of his junior caucus colleagues confessed to leaking sensitive Covid-19 patient information.