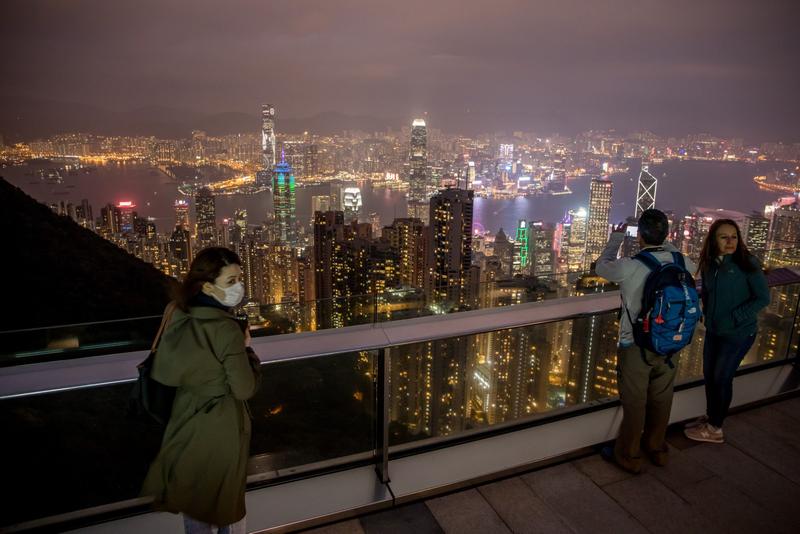 People look at the city's skyline from a viewing terrace at Victoria Peak in Hong Kong, Feb 3, 2020. (PAUL YEUNG / BLOOMBERG)

Less than a year since Charles Schwab Corp reshaped the US discount broker industry with zero-fee trading, a Hong Kong firm is following suit in a move set to deepen the pain for the city’s many hard-pressed trading houses.

As of last month, Huatai International, the Hong Kong arm of China’s third largest broker, is no longer charging commissions and platform fees for stock trades, but just a HK$8 (US$1) monthly fee. It has seen a surge in customers, gaining more users over the past month than it has over the past three years, according to Zhu Yali, the firm’s head of the fintech and retail business, who declined to give specific numbers.

The move could have a knock-on effect across the sector, putting pressure on rivals who are already suffering under thin margins. Battling an influx of online trading and Chinese mainland rivals, growing dominance of big banks, political unrest and an economic slump, Hong Kong’s brokers are closing shop at a record pace this year.

Hong Kong is a very competitive market. Other brokers will have to follow in order to maintain existing client base or to acquire new clients.

Huatai is leaning on its deep pockets – its trading app in China has 7.8 million active monthly users – and trimmed costs to make up for the lost income, betting it can replicate a mainland strategy of folding new customers into its broader wealth management business. By cutting fees to zero, the broker is forgoing HK$150 million to HK$200 million in fees for every 100,000 clients, according to Zhu.

“Hong Kong is a very competitive market,” Zhu said. “Other brokers will have to follow in order to maintain existing client base or to acquire new clients.”

Charles Schwab’s move to go to zero fees in October quickly shook up the US industry, with domestic discount rivals and even mutual fund giants such as Vanguard and Fidelity following suit. Charles Schwab sealed a US$26 billion takeover of rival TD Ameritrade Holding Corp just a month later.

But Hong Kong has features that will make it hard for many brokers to match Huatai. One issue is that they can’t make up for lost income through order flow payments. US brokers are able to provide free trading partly because of this practice, in which they sell customer orders to wholesale market makers who profit off the bid and offer spread.

Louis Mak, chief executive officer of low-fee broker I-Access Group Ltd, said passing on retail client trades is considered controversial by many in the industry in Hong Kong. The city only has one stock exchange as well, making it hard for brokers to reap compensation as their US counterparts can from multiple bourses. 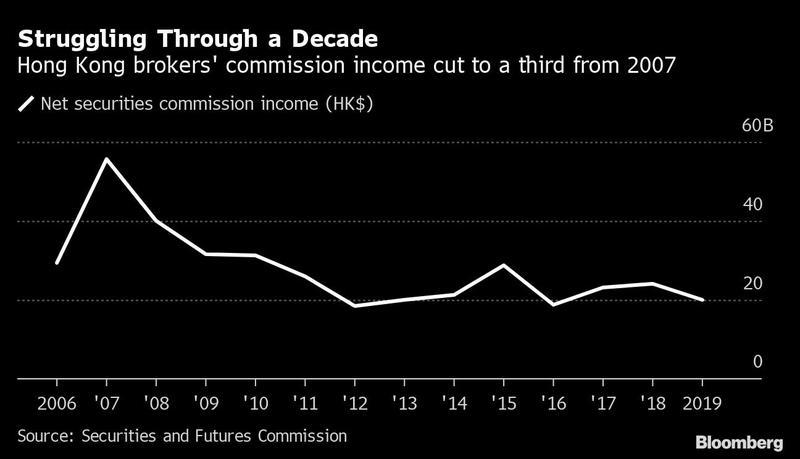 Other competitors look at it as a gimmick that’s hard to replicate and that could also be met by suspicion from long-time customers.

“They would question how the company could stay afloat with such high rents and fixed costs in Hong Kong,” said Edmond Hui, CEO of Bright Smart Securities. Charging a commission of 0.0668 percent on trades, Hui is also not budging on the level for his 338,000 clients across the city.

Commission income is sizable in Hong Kong. Last year, the city’s brokers earned HK$19.9 billion in such fees, which was down 18 percent from the previous year. Trading has picked up this year though, stoked by volatility from the coronavirus, helping to ease some of the pain. The average trading commission in Hong Kong is about 0.073 percent, according to data collected from nine of the most popular brokers. 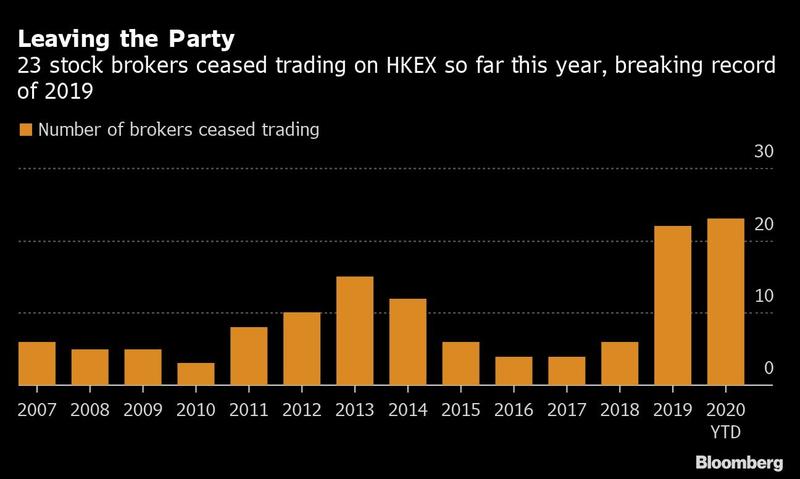 Some 23 of the city’s brokers have ceased trading this year, exceeding last year’s record 22.

Big global banks that handle much of the trading in the city are unlikely to be affected since they handle mostly institutional customers.

The small brokerages are “already offering very low commission rates and I don’t think they have much room to cut them further,” he said.