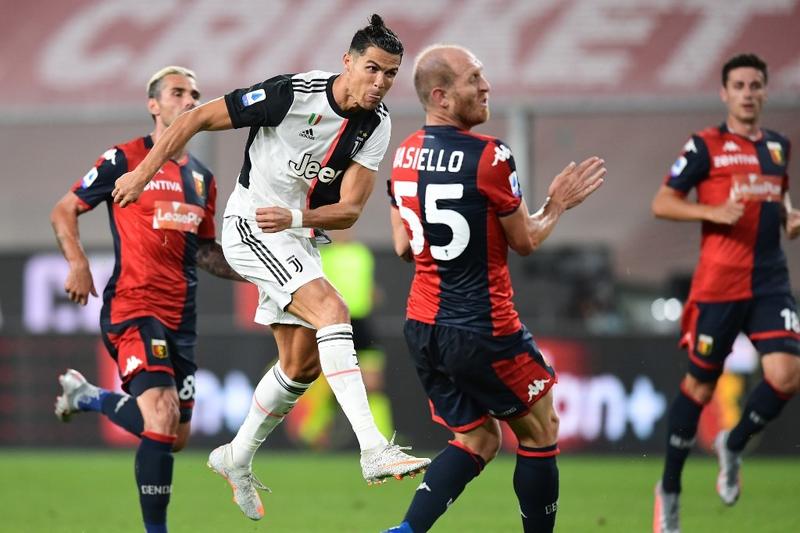 Juventus' Portuguese forward Cristiano Ronaldo shoots to score during the Italian Serie A football match Genoa vs Juventus played on June 30, 2020 behind closed doors at the Luigi-Ferraris stadium in Genoa. (MIGUEL MEDINA / AFP)

PARIS - Portugal star Cristiano Ronaldo could face his former club Real Madrid in the final eight of the UEFA Champions League, if Juventus can overcome a 1-0 deficit against Lyon in the second-leg of last-16.

Real Madrid also have to make it through Manchester City from 2-1 down. The draw on Friday by UEFA presented a potential tie between Barcelona and Bayern Munich. Bayern would enter their last-16 returning leg against Chelsea with a 3-0 lead, while Barcelona have drawn 1-1 at Napoli in the first leg and may face a tough challenge from the Serie A club as it returns home.

The remaining four last-16 second-leg matches will be played at their original stadiums on August 7 and 8. The rest of the games will all be staged in Lisbon, Portugal from August 12 to 23.

All the games will be played behind closed doors, the governing body of European football confirmed on Thursday.