This photo shows an aerial view of the Byzantine-era Hagia Sophia on April 25, 2020. (PHOTO / AP)

PARIS / ISTANBUL / ANKARA - President Tayyip Erdogan declared Istanbul's Hagia Sophia a mosque on Friday with the first Muslim prayers to begin in two weeks, after a top court ruled the ancient building's conversion to a museum by modern Turkey's founding statesman was illegal.

Erdogan spoke on Friday just hours after the court ruling was published, brushing aside international warnings not to change the status of the nearly 1,500-year-old monument that is revered by Christians and Muslims alike.

Greece's culture ministry described the court decision as an "open provocation" to the civilized world, while UNESCO said it regretted it was not notified ahead of time and would now review the building's status

The United States, Russia and church leaders were among those to express concern about changing the status of the UNESCO World Heritage Site, a focal point of both the Christian Byzantine and Muslim Ottoman empires and now one of the most visited monuments in Turkey.

Greece's culture ministry described the court decision as an "open provocation" to the civilized world, while UNESCO said it regretted it was not notified ahead of time and would now review the building's status.

Erdogan has sought to shift Islam into the mainstream of Turkish politics in his 17 years at the helm. He has long floated restoring the mosque status of the sixth-century building, which was converted into a museum in the early days of the modern secular Turkish state under Mustafa Kemal Ataturk.

"With this court ruling, and with the measures we took in line with the decision, Hagia Sophia became a mosque again, after 86 years, in the way Fatih the conqueror of Istanbul had wanted it to be," Erdogan said in a national address. 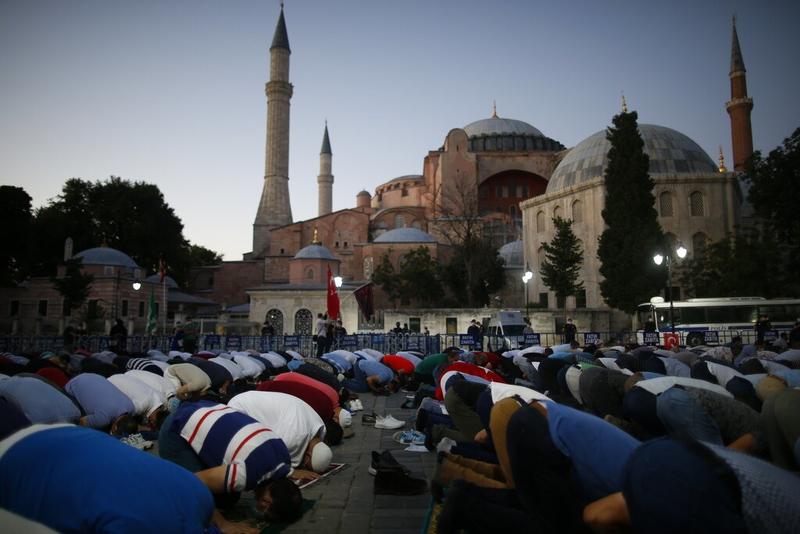 In a telling of history at times critical of the Byzantine Empire and the modern republic's founders, Erdogan said Turkey could now leave behind "the curse of Allah, profits and angels" that Fatih - the Ottoman Sultan Mehmet II - said would be on anyone who converted it from a mosque.

"Like all our mosques, the doors of Hagia Sophia will be open to all, locals and foreigners, Muslims and non-Muslims," said Erdogan, who earlier on Friday signed off on the Religious Affairs Directorate managing the site.

The US State Department, which had urged Turkey to maintain the building as a museum, said in a statement it was "disappointed" by the decision but looked forward to hearing the plans "to ensure it remains accessible without impediment for all." 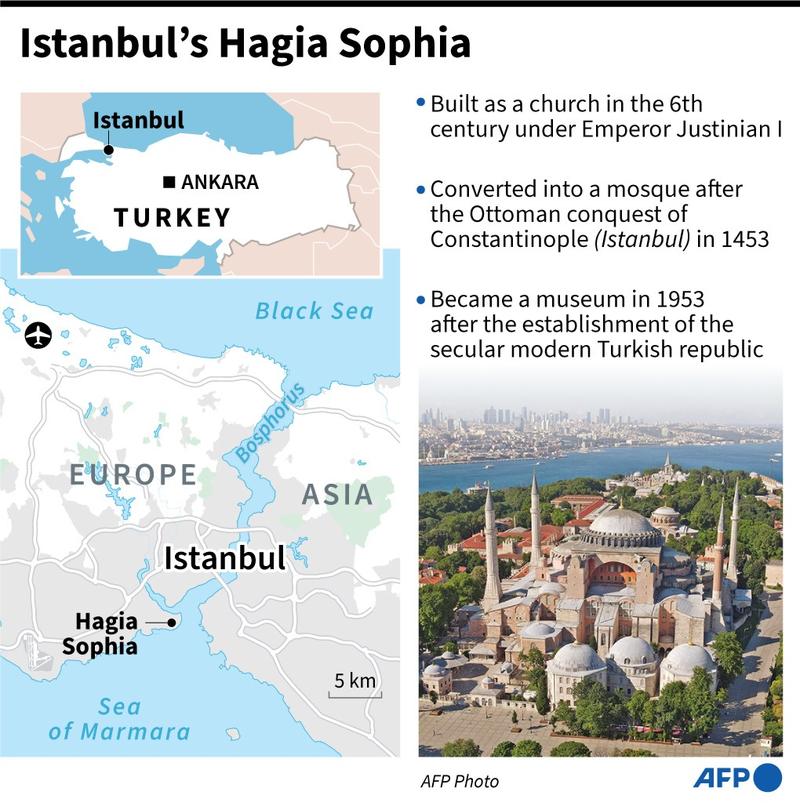 The association which brought the court case, the latest in a 16-year legal battle, said Hagia Sophia was the property of Sultan Mehmet II who captured the city in 1453 and turned the already 900-year-old Greek Orthodox cathedral into a mosque.

The Ottomans built minarets alongside the vast domed structure, while inside they added panels bearing the Arabic names of God, the Prophet Mohammad, and Muslim caliphs. The golden mosaics and Christian icons, obscured by the Ottomans, were uncovered again when Hagia Sophia became a museum.

In its ruling, the Council of State, Turkey's top administrative court, said: "It was concluded that the settlement deed allocated it as a mosque and its use outside this character is not possible legally.

"The cabinet decision in 1934 that... defined it as a museum did not comply with laws," it said, referring to an edict signed by Ataturk.

Erdogan, a pious Muslim, threw his weight behind the campaign before local elections last year which dealt a painful blow to his ruling Islamist-rooted AK Party. Members stood and applauded in parliament on Friday when his decree was read out. 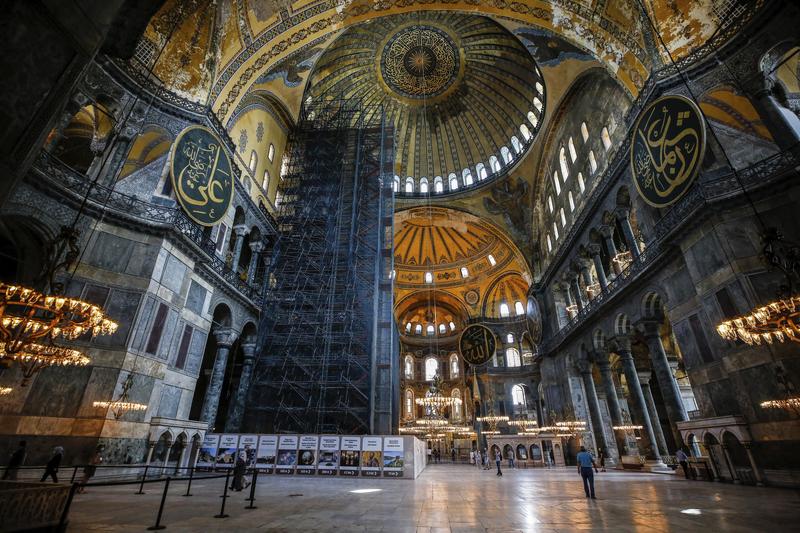 People visit the Byzantine-era Hagia Sophia, one of Istanbul's main tourist attractions in the historic Sultanahmet district of Istanbul on June 25, 2020. (PHOTO / AP)

In Istanbul, hundreds of people gathered near Hagia Sophia to celebrate the ruling. "Those who built this did it to worship God as well," said Osman Sarihan, a teacher.

"Thank God today it reverted to its main purpose. Today God will be worshipped in this mosque."

By reversing one of Ataturk's most symbolic steps, which underlined the former leader's commitment to a secular republic, Erdogan has capped his own project to restore Islam in public life, said Soner Cagaptay, director of the Turkish Research Program at the Washington Institute for Near East Policy.

The Russian Orthodox Church said it regretted that the court did not take its concerns into account and said the decision could lead to even greater divisions, the TASS news agency reported

"Hagia Sophia is the crowning moment of Erdogan's religious revolution which has been unfolding in Turkey for over a decade," he said, pointing to greater emphasis on religion in education and across government.

The Russian Orthodox Church said it regretted that the court did not take its concerns into account and said the decision could lead to even greater divisions, the TASS news agency reported.

Previously, Ecumenical Patriarch Bartholomew, the spiritual head of some 300 million Orthodox Christians worldwide and based in Istanbul, said converting it into a mosque would disappoint Christians and would "fracture" East and West.