Inter held by Verona 2-2 in Serie A 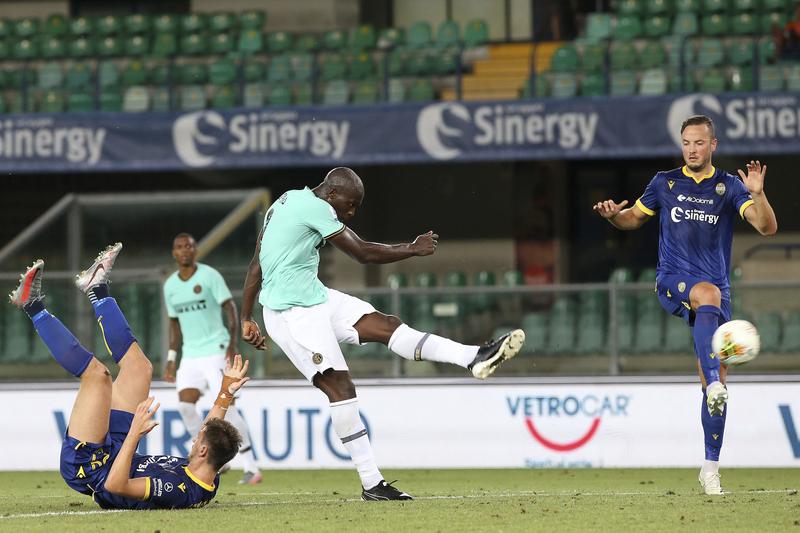 ROME - Inter Milan slipped to the fourth place in the Serie A on Thursday after playing out a 2-2 draw against Hellas Verona in a topsy-turvy thriller.

The draw, coupled with Atalanta's 2-0 victory over Sampdoria, sent Inter Milan into fourth place with 65 points

Antonio Candreva took center stage, scoring one goal and setting up another, but it was not enough as Miguel Veloso came up with the equalizer before the whistle.

It took Verona just two minutes to break the deadlock as Darko Lazovic dribbled past Milan Skriniar near the by-line, bursting into the box and drilling home from a tight angle.

Inter got back on level terms straight after the restart when Romelu Lukaku smacked the woodwork, and Candreva turned in the rebound.

The away side quickly rode the momentum in the 55th minute and it was Candreva again, as his cross-shot accidentally took a deflection off Inter's loanee Federico Dimarco to wrong-foot Verona's goalie Marco Silvestri.

When the Nerazzurri were about to take the three points, Veloso ruined their victory as the Portuguese smashed home in the 86th minute on Amir Rrahmani's assist, leaving Inter's goalkeeper Samir Handanovic stranded.

The draw, coupled with Atalanta's 2-0 victory over Sampdoria on Wednesday, sent the Beneamata into fourth place with 65 points.

In an earlier fixture on Thursday, Udinese enjoyed a 3-0 away triumph over SPAL.