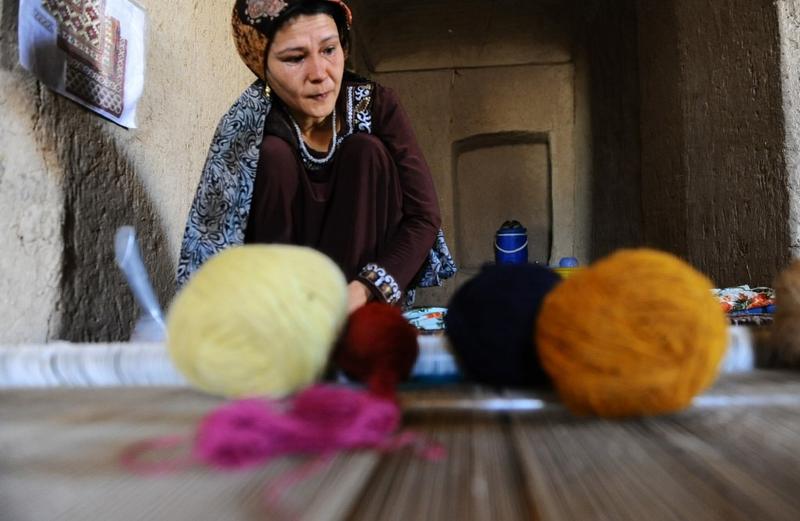 In this picture taken on June 26, 2014, an Afghan worker weaves a carpet at a traditional factory in Herat. (AREF KARIMI / AFP)

HERAT - Once an important Silk Road trading hub, the Afghan city of Herat has long been a cultural centre, but decades of war have ravaged its ancient traditional crafts.

Now thousands of women are returning to the ancient practices, seeking to revive the traditions of a city where traders once came to haggle for silk in thick-walled houses and dome-shaped bazaars offering respite from hot summers.

Women have made huge strides in the conservative country since the Taliban rule of 1996 to 2001, when they were banned from attending school or work and could not even go outside without a male relative

On the outskirts of the ancient city, about 4,000 women work to cultivate silk, from raising silkworms, feeding them and harvesting their cocoons to spinning the yarn by hand - a month-long, labour-intensive process.

“My great-grandfather was a silk maker, so there is pride in picking up his work again,” Sheik, who lives in Herat’s Zinda Jan district, told the Thomson Reuters Foundation.

Her small village is surrounded by lush, green mulberry trees, planted years ago to feed the growing silkworms.

“Our community respects and encourages the silk trade and besides that, it has helped me gain financial independence,” she added.

Once the cocoons are dried, the processing into yarn is traditionally done by hand, although the women hope to import a machine to help speed up the process.

At the moment there is only one old spinning machine in Herat city, with not enough capacity to process them all. 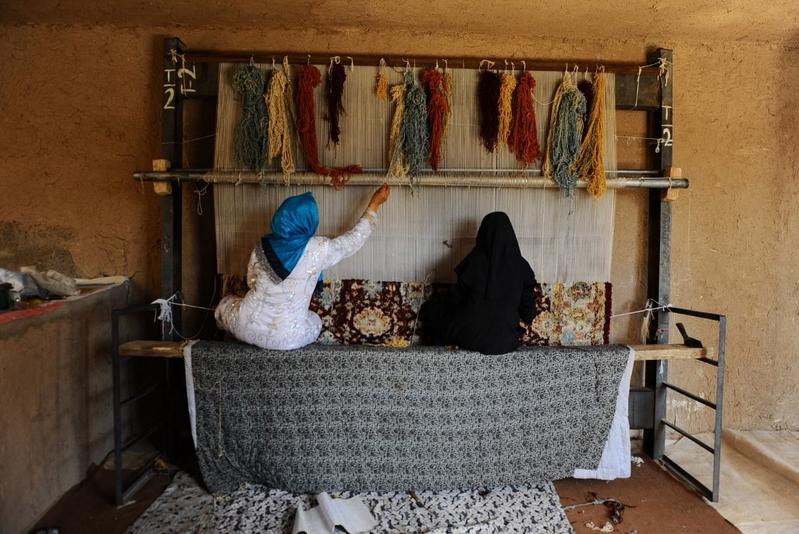 In this picture taken on June 26, 2014, Afghan workers weave a carpet at a traditional factory in Herat. (AREF KARIMI / AFP)

‘PRIDE IN OUR ART’

Women have made huge strides in the conservative country since the Taliban rule of 1996 to 2001, when they were banned from attending school or work and could not even go outside without a male relative.

Four decades of war, from occupation to internal fighting, have destroyed the economy, rendering it among the poorest in the world, with few jobs - especially for young women, who occupy a particularly precarious place.

According to World Bank data, just over 20 pecent of Afghan women work, up from about 15 percent in 2001, when the Taliban fell.

There are fears that a final withdrawal of US troops, the winding down of international engagement and the re-emergence of the Taliban may reverse gains.

“Herat is a traditional province where few women are seen - or even allowed by their families - to work outside,” said Mariam Zemoni, one of about 30 women who weave the silk into scarves and fabric.

“That’s another reason why weaving silk is perfect for me,” said the 23-year-old, who makes at least two scarves a day, selling them for 250 Afghani each.

Nazir Ahmad Ghafoori, head of the Rehabilitation Association and Agriculture Development for Afghanistan which has supported the women, said 70 percent of the cocoons were sold to Iran and Pakistan because of a lack of processing capacity.

He hopes to involve more women in Afghanistan’s silk production, expanding to provinces beyond Herat.

“The tradition is thousands of years old, and we Afghans find pride in our art and culture - and the revival of it,” he told the Thomson Reuters Foundation

Since working with the women in Zinda Jan, his organisation has set up the ethical fashion initiative, aiming to export silk produced under fair working conditions worldwide.

An executive board of 50 women in the district oversees and reports on each woman’s working condition.

Sheik, who is on the board, said the business had boosted the economy throughout the district.

Whatever silk is not exported or sold in other parts of Afghanistan makes it to Herat’s old silk bazaar, where vendors sit in small shops with high ceilings decorated with carved ornaments reminiscent of the Silk Road era.

“For the past years, our country has been known for war,” said Sheik. “It’s time the world knew Afghanistan for its arts and crafts, its culture, people - and its silk.”