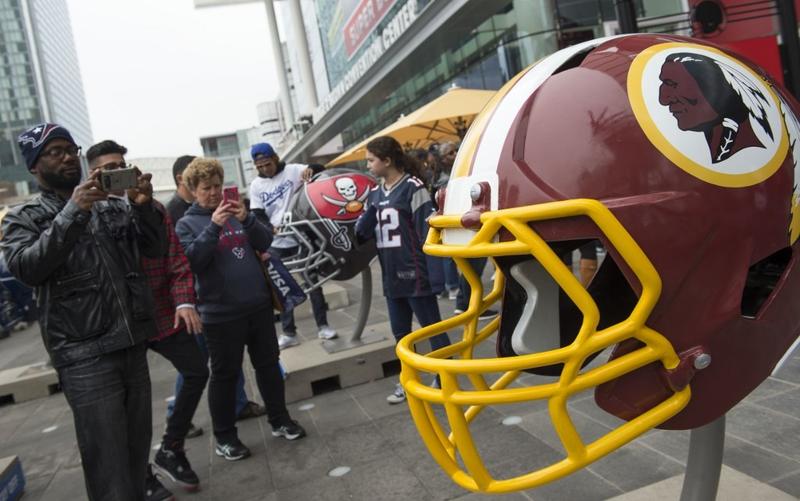 "We'll never change the name. It's that simple. Never. You can use caps."

That was what Dan Snyder said in 2013 about those pushing to have him rename the United States National Football League team he owns, the Washington Redskins, saying it amounted to a racial slur against Native Americans.

Recently Snyder went from "never" to "the team will undergo a thorough review of the team's name".

And hours later the Cleveland Indians baseball team expressed a willingness to have internal discussions about the "best path forward with regard to our team name". The team said it plans to consult the Native American community, fans, players, alumni and staff about a name change.

The name reviews by the two teams come as the US confronts hard questions about its racism. Statues of soldiers who fought for the Confederacy during the Civil War are being taken down, as are flags, symbols and mascots considered to be racist or celebrating racist history, and names on buildings.

The push for change follows the death of George Floyd, an African American, in May in Minneapolis when a white police officer pinned him to the ground with a knee to his neck for nearly nine minutes.

The statement issued on Friday by the Redskins football team attributed the new thinking to "recent events around our country and feedback from our community".

It came a day after the logistics company FedEx asked Snyder to change the name. FedEx is a primary sponsor of the team and holds the naming rights to FedEx Field, where Washington plays. That same day, Nike stopped selling all apparel from its website that included the word Redskins. Apparel from every other NFL team remained.

US President Donald Trump has long voiced his opposition to a name change to the football team. He has spoken repeatedly against removing Confederate monuments, defending them as part of US heritage, and on Tuesday he threatened to veto a US$740 billion defense bill if it included a provision to remove the names of Confederate leaders from 10 military bases.

In a speech at the foot of Mount Rushmore in South Dakota on Friday night, the eve of Independence Day, Trump condemned anti-racism protesters who have toppled statues.

He accused protesters who have pushed for racial justice of engaging in a "merciless campaign to wipe out our history".

In singling out protesters who have toppled monuments and statues across the country that honor those who have benefited from slavery, including some past presidents, Trump said: "This movement is openly attacking the legacies of every person on Mount Rushmore."

He lamented what he called "cancel culture" and charged that some on the political left hope to "defame our heroes, erase our values and indoctrinate our children".

US citizens should speak proudly of their heritage and should not have to apologize for its history, he said.