Next stage of recovery

After a five-month hiatus, the Wuhan Qintai Grand Theater and concert hall are preparing to welcome the public, Chen Nan reports. 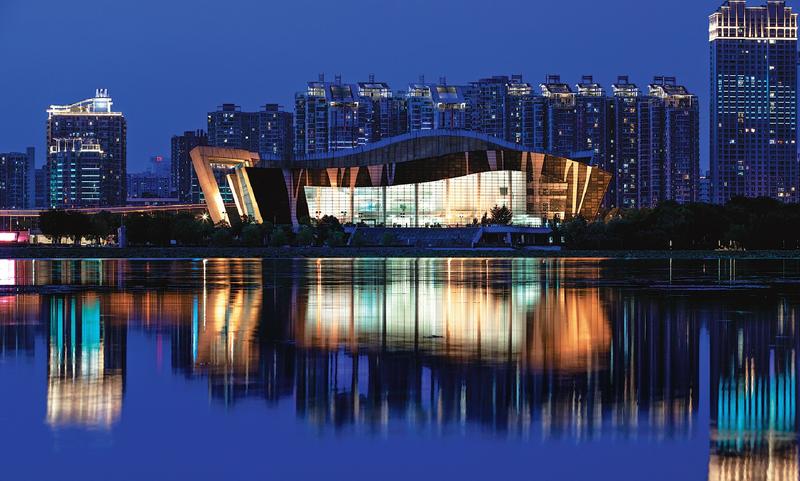 The Wuhan Qintai Grand Theater has become a popular destination for tourists and local people. (PHOTO PROVIDED TO CHINA DAILY)

About five months after the Wuhan Qintai Concert Hall and the Wuhan Qintai Grand Theater closed their doors to stem the spread of the COVID-19 outbreak in January, the two venues mark their reopening with seven performances from Friday to July 18 at the concert hall.

Gathering musicians and music organizations based in Wuhan, Hubei province, the nation's hardest-hit city during the pandemic, the series of concerts are dedicated to medical workers with a theme of "hero".

"The shows will be staged for free for medical workers, all of whom made a great contribution during the coronavirus pandemic," says Wang Wenping, the general manager of Wuhan Qintai Grand Theater Management Co, which manages Wuhan Qintai Concert Hall.

Launched in June 2007, the Wuhan Qintai Grand Theater is flanked by Moon Lake and the Hanjiang River, two of the city's renowned scenic spots. In 2009, the nearby Wuhan Qintai Concert Hall opened to the public.

The two venues have become popular destinations for both locals and tourists, hosting around 400 shows and events every year between them.

According to Wang, while all of the shows will be open to the public, the events will run at around 30 percent seating capacity, based on guidelines issued on May 12 by the Ministry of Culture and Tourism to ensure the risk of viral transmission remains low.

"The number of audience members per show will be less than 400 and each show will last no more than 80 minutes without breaks," Wang adds. 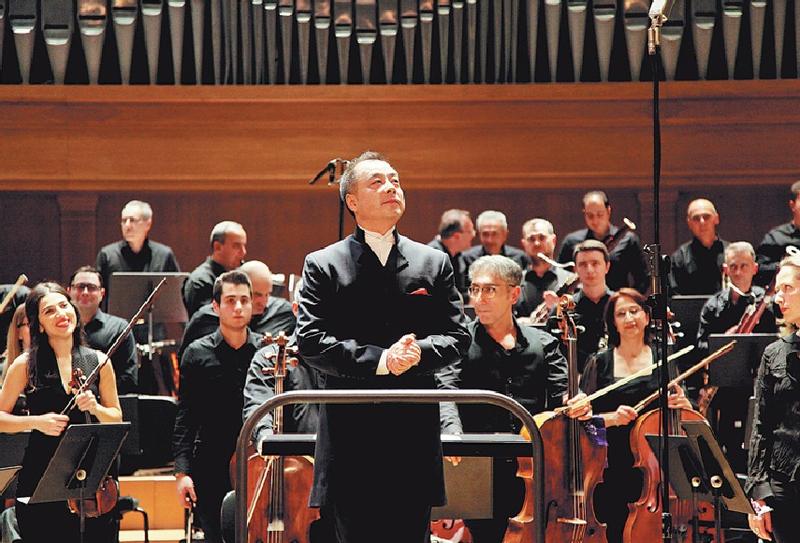 He notes the plan to offer free shows to medical workers has been on the table since as early as February, when the city was in the darkest days of its battle with the novel coronavirus.

"I've read lots of news about medical workers in Wuhan's hospitals and I was touched by their sacrifice," Wang says. "We want to express our gratitude to them with music."

"We've been unable to give a live concert for nearly half a year, which is the longest period in my life that I have gone without giving live performances," says Liu, who was appointed music director of the Wuhan Philharmonic Orchestra in 2004.

"During the viral outbreak, I stayed in Wuhan and slowed down the tempo of my life," he recalls. The conductor usually travels the world to perform. "I had lots of time reading music scores and preparing myself for future concerts. Now, I can't wait to get back to the concert hall and meet up with the audience."

Liu studied music at Utrecht Conservatorium in Holland and Michigan State University in the United States. As the first formal music director, and the chief conductor, he rebuilt the Wuhan Philharmonic Orchestra to its professional status and programmed 80 concerts around the world every year. Because of the viral outbreak, the annual Wuhan International Piano Festival, which Liu founded in June 2011, has been postponed until September.

"We will go step by step to resume live performances during the second half of the year. With the warm feedback of the audiences to our online concerts, which started in January, we could feel their eagerness to enjoy music." 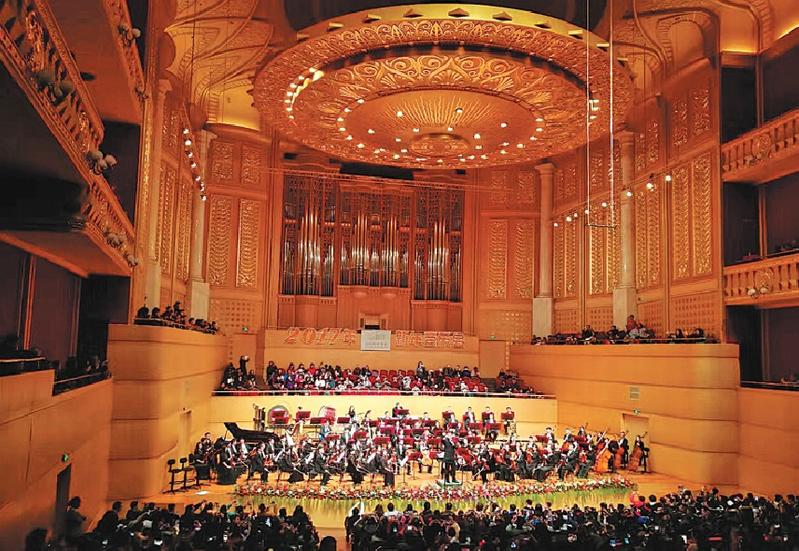 A performance at the Wuhan Qintai Concert Hall. (PHOTO PROVIDED TO CHINA DAILY)

The other highlights of the shows being staged at the Wuhan Qintai Concert Hall include a string quartet called Chuci, named after a collection of poetry, also known as Songs of Chu, written by Qu Yuan, a poet from the Warring States Period (475-221 BC), and a trio from Wuhan, as well as a vocal concert performed by local singers.

According to Wang, since the pandemic, over 200 shows have been canceled, including Broadway musical The Lion King, which was scheduled for a 70-show run at the theater from February through April.

"Because of the coronavirus pandemic, Wuhan became the center of the country and garnered lots of attention. We've received lots of support from other theaters across the country," says Wang, adding that both the Wuhan Qintai Concert Hall and the Wuhan Qintai Grand Theater are under the management of Beijing Poly Theater Management Co, a theater chain that has over 70 member venues across the country. "With their help, we've provided our audience with online programs since February. So far, we have staged 124 online concerts."

In August, the two venues will stage a series of live performances for children, with low ticket prices and limited seating.