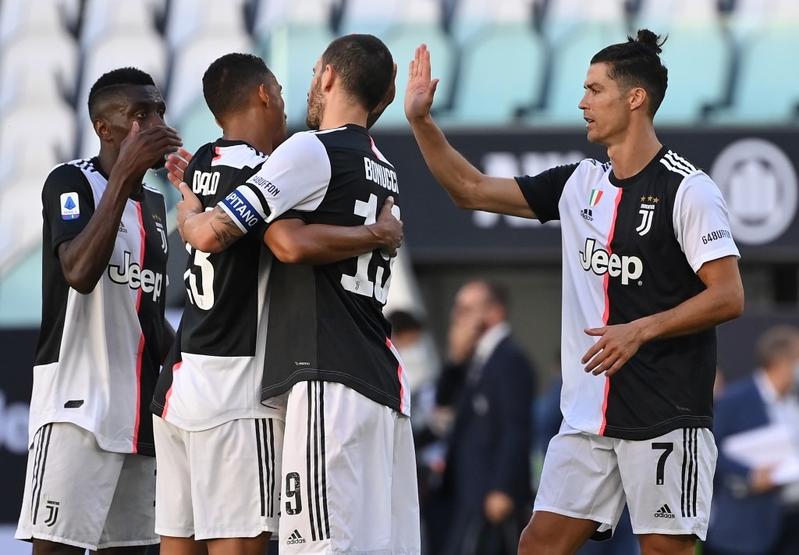 TURIN - Cristiano Ronaldo finally scored from a free kick for Juventus and goalkeeper Gianluigi Buffon made a record 648th Serie A appearance as the league leaders beat their smaller neighbours Torino 4-1 in the Derby della Mole on Saturday.

Ronaldo curled his shot over the wall and into the corner to put Torino 3-1 ahead in the 61st minute, his first goal in 43 free kick attempts during just under two seasons with Juventus.

It was Ronaldo's first free kick since he joined Juventus while Buffon, 42, overtook Paolo Maldini’s Serie A appearance record when he was picked for his first league game this year

The win left Juventus with 75 points from 30 games, seven ahead of second-placed Lazio who were at home to AC Milan later on Saturday. Torino, who have failed to beat Juventus in their last 12 attempts, are 15th with 31 points.

“We took the lead right away and then scored again. Maybe we thought it was going to be easy but the penalty got us nervous and made us lose control of the game,” said Juventus coach Maurizio Sarri.

“We had a confusing phase at the start of the second-half and then, when the two teams were tired, our quality came out.”

Buffon, 42, overtook Paolo Maldini’s Serie A appearance record when he was picked for his first league game this year. 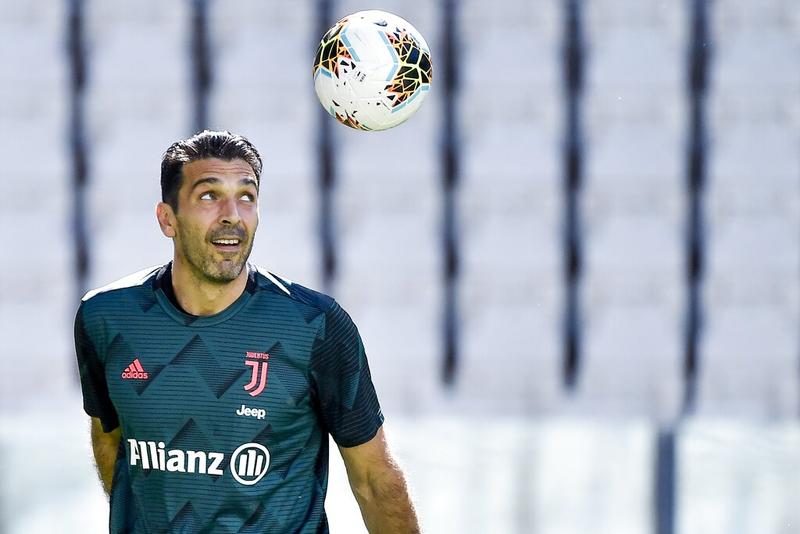 Juventus goalkeeper Gianluigi Buffon keeps his eyes on the ball during a warm up session prior to the Serie A soccer match between Juventus and Torino at the Allianz Stadium in Turin, Italy, July 4, 2020. (MARCO ALPOZZI / LAPRESSE VIA AP)

Paulo Dybala put Juventus ahead with a trademark goal as the Argentine skipped past two defenders and clipped a deflected shot past Salvatore Sirigu in the third minute.

Torino responded well and forced a flurry of corners only to be caught out on the counter in the 29th minute when Ronaldo burst forward and slipped the ball to Juan Cuadrado. The Colombian outfoxed his marker and scored with a low shot into the far corner.

The visitors replied from penalty given for handball against Matthijs De Ligt after a long VAR review in first-half stoppage time and Andrea Belotti beat Buffon to score for the fourth successive game. 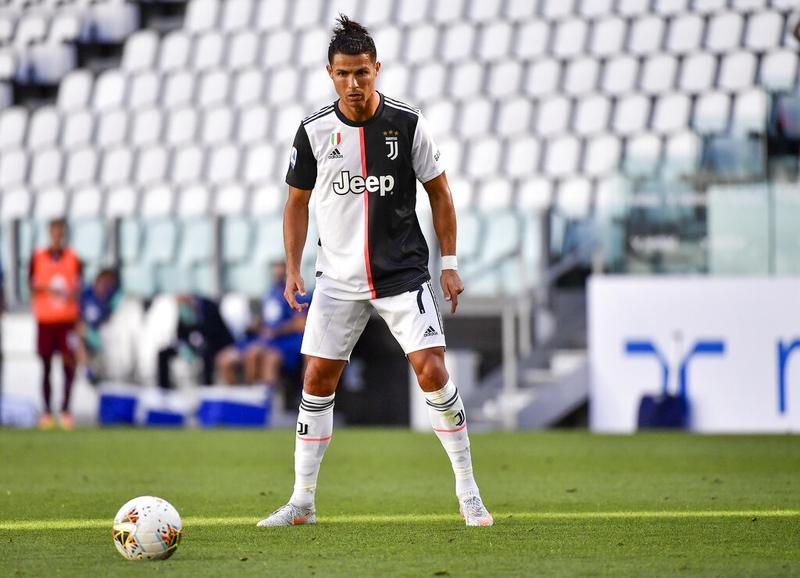 Juventus' Cristiano Ronaldo concentrates before taking a free kick, which turned out to be his side's third goal, during the Serie A soccer match between Juventus and Torino, at the Allianz Stadium in Turin, Italy, July 4, 2020. (MARCO ALPOZZI / LAPRESSE VIA AP)

Torino had a goal ruled out for offside after the restart and Simone Verdi tested Buffon with a long-range shot but Torino’s hopes of a fightback were ended by Ronaldo’s 25th league goal of the season.

Hapless Torino substitute Koffi Djidji turned a Douglas Costa cross into his own net under no pressure to complete Torino’s misery only two minutes after coming on.