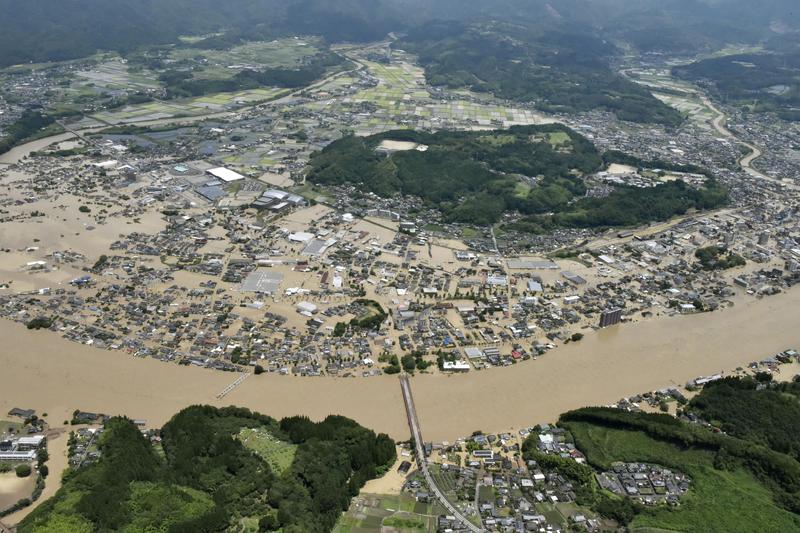 Areas are inundated in muddy waters that gushed out from the Kuma River in Hitoyoshi, Kumamoto prefecture, southwestern Japan, July 4, 2020. (PHOTO / KYODO NEWS VIA AP)

TOKYO - Japan asked thousands of people to evacuate their homes on its southern island of Kyushu, media said on Saturday, following unprecedented torrential rains in which 15 people are feared dead and nine missing.

The flooding of the Kuma River in the region had cut off homes and washed away a bridge, said national broadcaster NHK

With the region facing the risk of further floods and landslides, authorities told 92,200 households in the prefectures of Kumamoto and Kagoshima to vacate their homes, the Kyodo news agency said.

"The heavy rainfall is likely to continue until Sunday, and people in the area are required to be on maximum alert," Abe said, adding that as many as 10,000 soldiers would be sent to join the rescue operations. 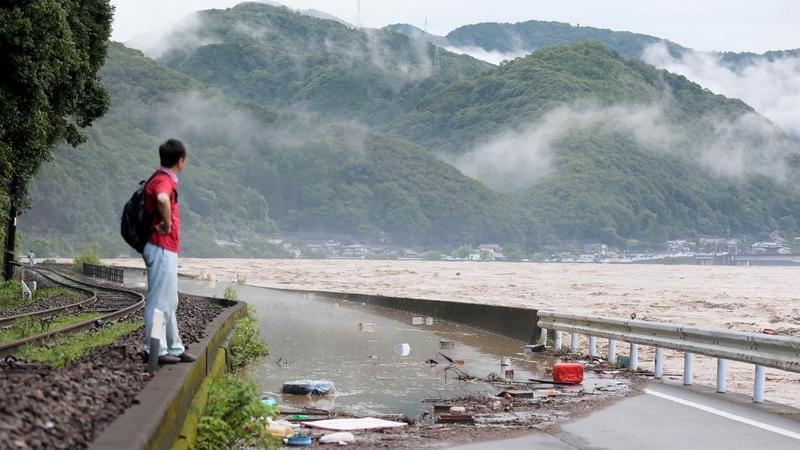 The flooding of the Kuma River in the region had cut off homes and washed away a bridge, said national broadcaster NHK, which displayed television footage of houses and cars inundated by muddy waters.

NHK said the 15 feared dead included 14 who suffered cardiac arrest at an elderly home in Kumamoto that was submerged by rising waters, citing the governor of the prefecture.

Nine more were missing, it added, with one of the injured in a serious condition.

Japan's Meteorological Agency downgraded its alert from the highest level it had initially posted to warn against floods and landslides triggered by the rain never seen before in the region, the broadcaster said.