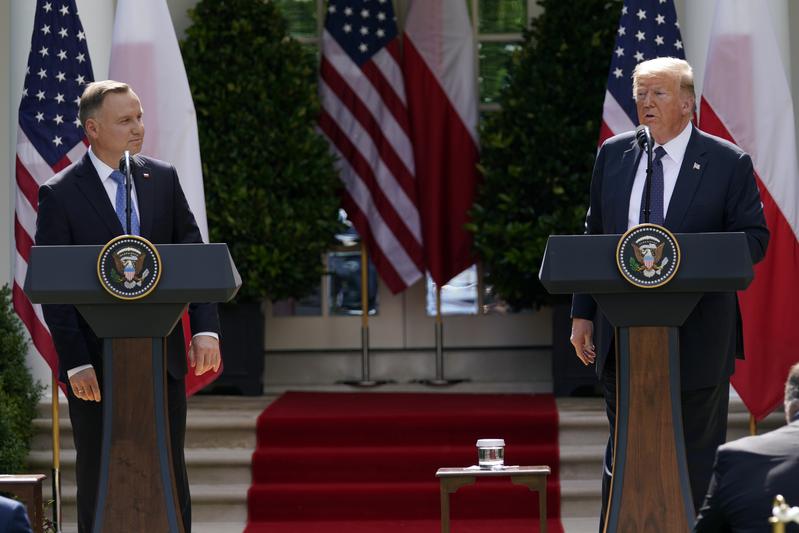 President Donald Trump speaks during a news conference with Polish President Andrzej Duda in the Rose Garden of the White House on Wednesday, June 24, 2020, in Washington. (EVAN VUCCI / AP)

WASHINGTON - US President Donald Trump said on Wednesday he looked forward to signing a defense cooperation agreement with Polish President Andrzej Duda, the first foreign leader to visit the White House since the coronavirus pandemic led to a global shutdown.

“Last year we signed two joint declarations to increase our security collaboration, and we look forward to signing a defense cooperation agreement,” Trump said at a joint news conference.

Duda welcomed the new agreement as very important to European security and to Poland’s security in particular. He said there was a possibility more US troops would be sent to Poland than agreed on previously.

“Today we are entering another stage, namely there is a possibility of further increase in American troops in our country,” Duda said.

Trump said Poland had asked for additional troops. “They’re going to pay for that ... for the sending of additional troops and we’ll probably be moving them from Germany to Poland,” he said.