Domestic players given chance to shine after CBA restart 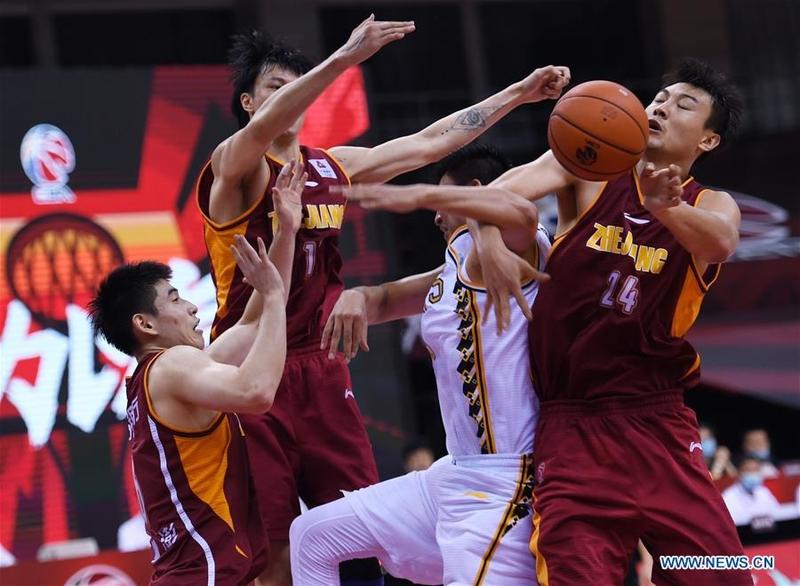 BEIJING - With many overseas players unable to return due to COVID-19 containment measures, Chinese Basketball Association (CBA) teams are well aware of the significance of their domestic players after the league resumed on June 20.

The Chinese basketball league is set introduce new policies from the 2020-21 season, one of which is to limit the playing time of overseas players

Many domestic players have seized the chance to take center stage.

Hu's glittering play was not a single case. Even many unnoticed figures have come to people's attention.

Theoretically at least, foreign players can escalate a team's overall strength to another level, especially on the offensive end.

But it's too simplistic to suggest that teams with foreign players will have a clear advantage over those playing with an all-domestic roster.

Despite possessing overseas duo of Joseph Young and Hamed Haddadi, Nanjing Monkey Kings suffered consecutive losses against Zhejiang Lions and Qingdao Eagles, both without imported players. For both sides, a winning formula was to disconnect Young from the other Nanjing players.

This is reflected in the scoring list, as Fujian Sturgeons center Wang Zhelin is the only domestic player among the league's top 20 leading scorers.

However, every coin has two sides. The absense of overseas players has compelled teams to make tactical changes and give more responsibility to domestic players.

Nanjing's recent low ebb didn't cast a shadow over everything. Li Hongpeng might have been unknown to fans before the CBA restart, but as Young was restrained by Zhejiang Lions to 15 points and four turnovers, the 22-year-old forward stepped up to finish with seven 3-pointers and 23 points, both career-high records. Rookie Sun Siyao, who had averaged only one point, registered a double-double of 13 points and 10 rebounds against Zhejiang.

"We had to limit the playing time of our foreign players against those all-domestic opponents. As it was the first match in over four months, it takes time for them to rediscover their form," admitted Nanjing's head coach Cui Wanjun.

Without playmaker Darius Adams, Qingdao's Lin Wei-Han and Zhang Chengyu enjoyed more possession on the guard position. Lin, with an average of just four points in previous matches, chipped in 15 points and six assists, while Zhang and Zhao Tailong combined for 45 points in a comeback win over Nanjing.

Despite little hope of advancing to the playoffs, Guangzhou Loong Lions never wilted and won two games in a row, with Chinese Taipei guard Ray Chen, the top draft pick in 2017, leading the way.

Chen set two career-high stats over the past three days, scoring 29 points as Guangzhou stunned powerhouses Liaoning and dishing out 13 assists against Bayi.

The Chinese basketball league is set introduce new policies from the 2020-21 season, one of which is to limit the playing time of overseas players, meaning most teams in the league will only have one foreigner on the court at any given time.

Through these measures, the league's governing body hopes to offer domestic players more playing time and set up a talent pool for the national team.