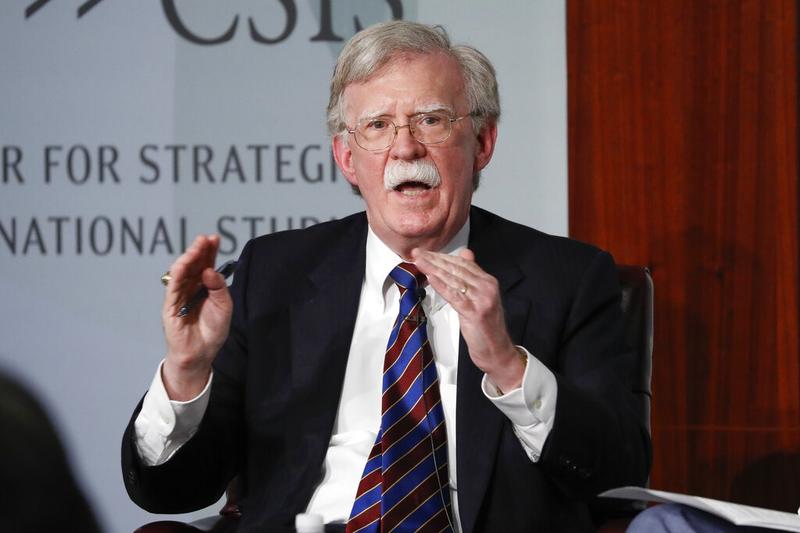 In this Sept 30, 2019 file photo, former US national security adviser John Bolton gestures while speaking at the Center for Strategic and International Studies in Washington. (PABLO MARTINEZ MONSIVAIS / AP)

SEOUL - Accounts by former US National Security Adviser John Bolton of discussions between leaders of the United States and the two Koreas in his upcoming book are inaccurate and distorted, the Republic of Korea (ROK) said on Monday.

Bolton gives details in the book of conversations before and after three meetings between US President Donald Trump and the Democratic People's Republic of Korea's (DPRK) leader Kim Jong-un, including how their second summit in Vietnam fell apart.

Unilaterally publishing consultations made based on mutual trust violates the basic principles of diplomacy and could severely damage future negotiations.

The book, titled The Room Where It Happened: A White House Memoir, is scheduled for publication on Tuesday but media outlets have released excerpts.

Reports have cited Bolton as writing that ROK President Moon Jae-in, who is keen to improve relations with DPRK, had raised unrealistic expectations with both Kim and Trump for his own "unification" agenda.

Chung did not elaborate on specific areas ROK saw as inaccurate but said the publication set a "dangerous precedent".

"Unilaterally publishing consultations made based on mutual trust violates the basic principles of diplomacy and could severely damage future negotiations," he said.

Trump and Kim met for the first time in Singapore in June 2018, raising hope for efforts to press DPRK to give up its nuclear program in exchange for the lifting of sanctions.

But their second summit, in Vietnam in early 2019, collapsed when Trump rejected an offer by Kim to give up DPRK's main nuclear facility in return for lifting some sanctions.

Bolton reportedly cites Chung as relaying Moon's response to the breakdown as, on the one hand, Trump was right to reject Kim's proposal but on the other, Kim's willingness to dismantle the Yongbyon facility was a "very meaningful first step" toward "irreversible" denuclearization.

Asked about that reference by Bolton, a top official in Moon's office told reporters: "Perhaps he is in that condition."