Putin says he may run in 2024 subject to charter change 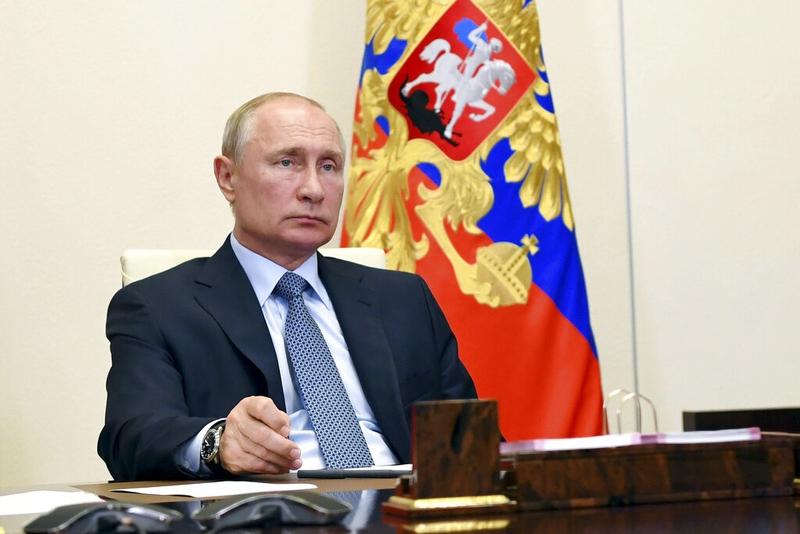 Russian President Vladimir Putin attends a video call on dealing with the aftermath of a fuel spill in the Arctic at the Novo-Ogaryovo residence outside Moscow, Russia, June 19, 2020. (ALEXEI NIKOLSKY, SPUTNIK, KREMLIN POOL PHOTO VIA AP)

MOSCOW - Russian President Vladimir Putin has said that he does not rule out the possibility of bidding for another presidential term if constitutional amendments are adopted.

"I have not decided anything for myself yet. I don't exclude the possibility of this. If the constitution allows the opportunity, we will see," Putin said in a TV interview aired on Sunday.

On July 1, Russians will vote on the most sweeping changes to the nation’s constitution since it was adopted almost 30 years ago. One of the amendments would allow Putin, 67, to reset his term-limit odometer to zero even though he’s already served four, and to helm the country for two more six-year terms when his current one expires in 2024.

The constitutional amendments, if passed, will enable Putin to participate in the 2024 presidential race.

Without that amendment, “I can tell you from my own experience that in about two years, instead of the regular rhythmic work on many levels of government, you’d have eyes shifting around hunting for possible successors,” Putin said. “It’s necessary to work, not look for successors.”