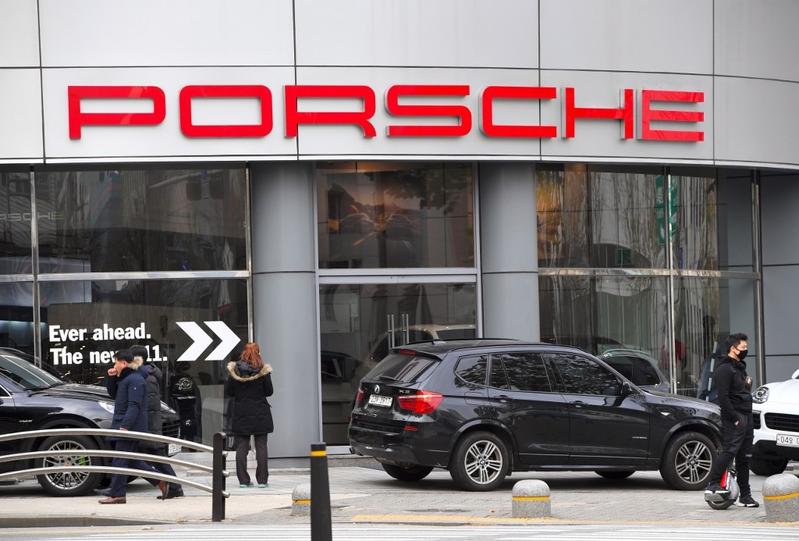 SEOUL — Hwang Min-yong, a 37-year-old South Korean businessman, recently received his black Porsche Cayenne coupe with red leather seats after a seven-month wait and took it out for a spin on a scenic road overlooking a river near Seoul.

“Porsche has been my dream car ... I don’t really feel the effects of COVID-19, as my company is less affected,” said Hwang, who owns a small tech firm.

South Korea’s swift handling of the COVID-19 crisis has provided a backdrop for a sharp increase in demand for premium and luxury cars, dealers and officials said, as wealthy people, insulated from many of the pandemic’s worst effects, want to show off on the road.

“This year will be one of our strongest years,” Porsche Korea CEO Holger Gerrmann told Reuters on Tuesday, as the brand saw sales rise by 46 percent to 3,433 vehicles as of January-May this year from a year earlier. That compared with 4,285 vehicles in all of 2018, and 4,204 in 2019. 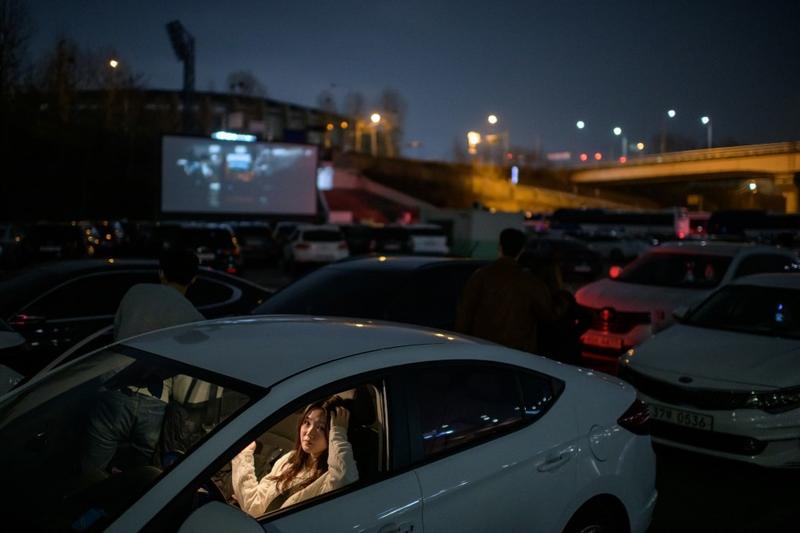 In a photo taken on March 21, 2020 customers wait in their cars to be directed to a parking position at a drive-through cinema in Seoul. (ED JONES / AFP)

In many ways, experts say, the rising sales of imported cars illustrate the widening wealth gap during the pandemic in South Korea, which already has one of the highest inequality levels among advanced countries.

“The strong sales are testament to the rising consumption power of the top class despite the pandemic,” said Yang Jun-ho, an economics professor at Incheon National University.

He said rich people benefited from rising stock and property prices, while vulnerable workers at mom-and-pop stores lost their jobs. South Korea’s unemployment rate surged to its highest level in more than 10 years in May, government data showed.

But those who can afford it see luxury cars as an alternative to buying property, dealers said.

“In the early 2000s, the price of a BMW 320 was the cost of a Gangnam apartment,” said Ro Chang-whan, a longtime dealer and exporter of used cars. “House prices have gone up enormously since and buying a car is a more realistic choice.”

Sales of imported cars priced over 100 million won (US$82,511) jumped 70 percent to 15,667 vehicles from January to May this year, compared with a year earlier. Sales of small cars made in Korea fell by 10 percent from January to April, according to the latest data.

“Porsche and BMW are so popular that there are not enough of them,” said Kim Ryu-bin, a dealer of imported cars.

BMW sales rose 46 percent to 21,361 vehicles from January to May this year from a year earlier, while Lamborghini sales quadrupled to 115 vehicles during the same period, Korea Automobile Importers & Distributors Association data showed.

South Korea has surpassed the United States as the top country for sales of the BMW 5 series from January to April this year, according to BMW’s South Korean unit.