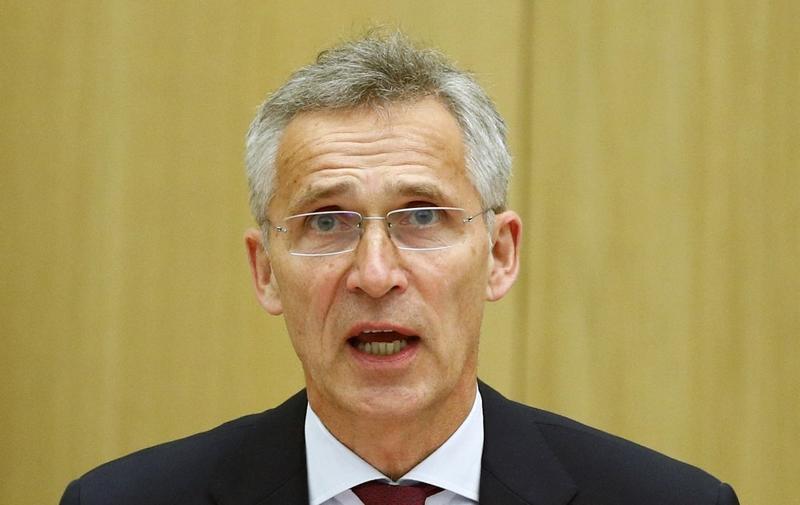 BRUSSELS / PARIS - NATO will investigate French accusations that Turkey’s navy failed to respond to an allied call to inspect a vessel this month in the Mediterranean, the alliance chief said on Thursday, an incident Paris suspects involved Turkish arms smuggling to Libya.

France’s armed forces minister brought up the incident during a meeting of NATO defence chiefs at a time when the two allies have traded barbs over the crisis in Libya, accusing each other of supporting opposing sides in the country’s war.

Paris has repeatedly accused Ankara of violating a UN arms embargo. Turkey rejects the French accusations and has denied the incident, as described by France, ever occurred

Paris has repeatedly accused Ankara of violating a UN arms embargo. Turkey rejects the French accusations and has denied the incident, as described by France, ever occurred.

She said the Courbet was on a NATO mission to check whether a Turkish vessel, the Cirkin, was smuggling arms to Libya after it turned off its transponder, failed to identify itself and did not give its final destination.

She added that Turkish sailors had also put on bullet-proof vests and stood behind their light weapons during the incident.

“There cannot be any complacency with regard to such behaviour. This particularly serious incident must be dealt with and our allies share our concerns because eight European allies gave me clear support today in NATO,” Parly told French lawmakers after the ministerial meeting.

“This act was extremely aggressive and cannot be one of an ally facing another ally who is doing its work under NATO command,” she said.

A senior Turkish defence ministry official told Reuters on Thursday that France’s “baseless” claim was not backed up by any concrete evidence, and said the French ship was making fast and dangerous manoeuvres that breached NATO principles and navy security rules.

Turkey informed NATO civilian and military officials about the incident, he added.

NATO Secretary-General Jens Stoltenberg told a news conference the incident was addressed at the meeting by several alliance states. “My message is that we have made sure that NATO military authorities are investigating the incident to bring full clarity into what happened,” he told reporters.