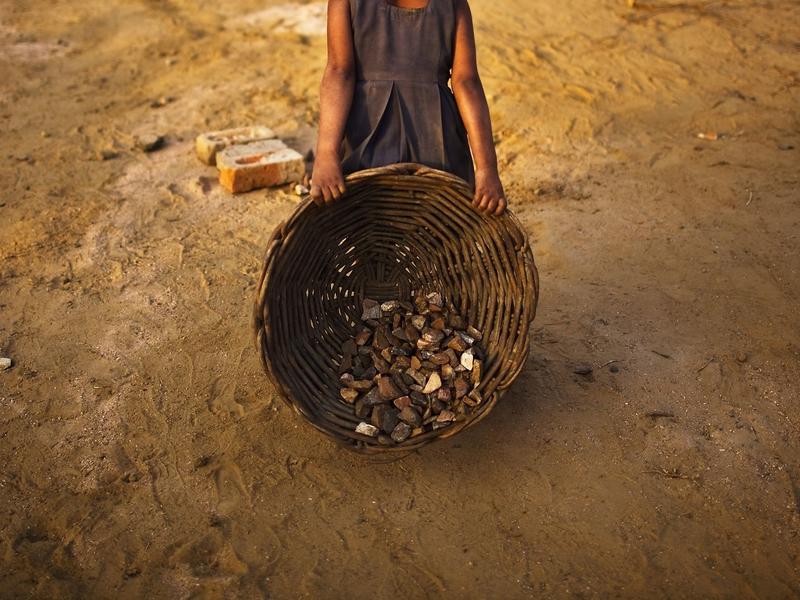 This file photo shows one of the Indian children who worked with their parents at a construction project in front of the Jawaharlal Nehru Stadium on January 30, 2010 in New Delhi, India. (DANIEL BEREHULAK / GETTY IMAGES)

The coronavirus pandemic is threatening to reverse two decades of progress in reducing child labor and could push millions more children into work, the International Labour Organization and Unicef warned.

Some 94 million fewer children have been engaged in child labor since 2000, but the pandemic may upend that progress

“In times of crisis, child labor becomes a coping mechanism for many families,” Unicef Executive Director Henrietta Fore said. “As poverty rises, schools close and the availability of social services decreases, more children are pushed into the workforce.”

ALSO READ: UN: Hundreds of thousands of kids could die due to recession

Some 94 million fewer children have been engaged in child labor since 2000, but the pandemic may upend that progress as parents losing jobs can push their children into often hazardous and exploitative work, according to a joint report released Friday.

“With poverty comes child labor as households use every available means to survive,” the report showed. “Compared to adults, children are more likely to accept work for less pay and in vulnerable conditions. Businesses may deliberately recruit children to cut costs and boost earnings.”

ALSO READ: UNICEF says 200m children under 5 eat too little or too much

Lockdowns in major economies like the US and Europe to contain the virus mean remittances from migrant workers have plunged, leading to a loss of income for households in some developing countries. The report also noted growing evidence that school closures during the pandemic have led to increased child labor.

“Even when classes restart, some parents may no longer be able to afford to send their children to school,” the report said. “Children of legal working age may drop out of school and enter the labor market with limited education and skills. Children below the minimum legal age may seek employment in informal and domestic jobs.”

The report put forward a raft of policy suggestions, including more comprehensive social protection, easier access to credit for poor households, the promotion of decent work for adults, and measures to get children back into school.