A message of hope in a time of COVID-19

Students graduating this year are being encouraged to keep their chins up and endeavor to contribute to solutions needed in the post-pandemic scenario, Zhou Wenting reports in Shanghai. 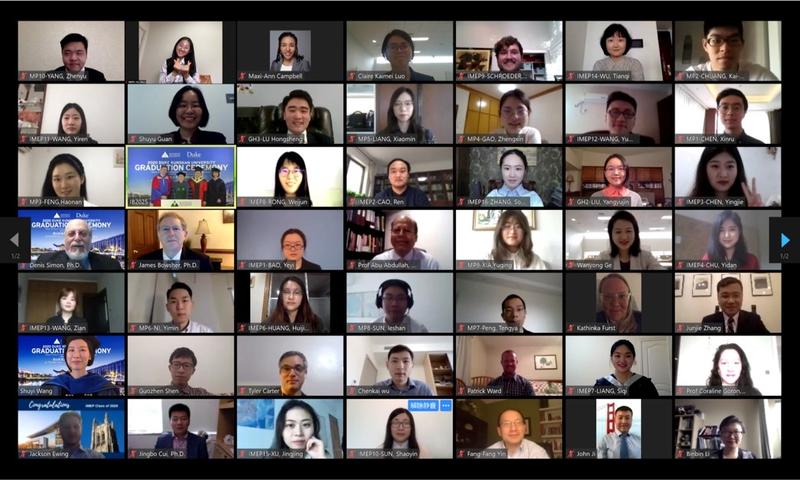 In light of the COVID-19 pandemic, the heads of academic institutions and industry leaders have been touting the same message during commencement ceremonies this year－students need to think about how they can make a difference in a world affected by the viral outbreak and not be overly anxious about their future.

On May 29, Alibaba Group founder and keynote speaker Jack Ma delivered this message at the online commencement ceremony for New York University Shanghai, saying that while many students might feel unlucky to be graduating under such circumstances, worrying about their careers and future is pointless.

Ma also recounts the story of how an NYU Shanghai student in the Czech Republic had sent face masks to a classmate in Wuhan, Hubei province, during the early stages of the crisis, and how this Wuhan student later reciprocated the kindness by sending disease prevention and medical treatment information from Chinese doctors to the Czech student following the outbreak in Europe.

Ma adds that these displays show that graduates already have the capacity to make a difference in the world.

Noting that the world has changed drastically since the university's class of 2020, which consists of 230 students from 24 countries and regions, arrived in Shanghai in 2016, vice-chancellor Jeff Lehman exhorts graduates to be the solution to the world's problems.

"Please be the people that we have come to know and love; people who create and innovate in respectful, productive partnership with others who grew up in different cultures and different nations," he says.

Attending the online ceremony from her home in the United States, NYU Shanghai student Isabel Adler shares memories of her time at the school and says that she has become a stronger individual after meeting her talented and driven peers.

"We're the class that persevered through the most unknown of times and entered a world that was a state of kind of chaos," Adler says.

"But just like how we've overcome the challenges of the last four years, we will overcome this, too. We're ready for the world, and the world is ready for us. Now more than ever, the world needs young people to be the light in the darkness." 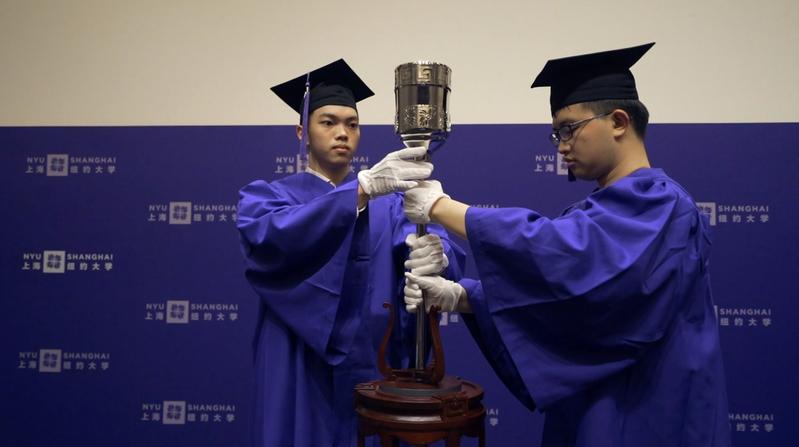 At the online graduation ceremony for Duke Kunshan University, a Sino-US venture between Duke University and Wuhan University in Jiangsu province's Kunshan city, executive vice-chancellor Denis Simon urges graduates not to be discouraged by short-term hurdles to their intended job goals.

"The youths may feel a little frustrated with the constraints to their immediate opportunities, but I'd urge them to keep the faith because as we seek to learn from the COVID-19 experience, those with a global orientation will be in the best position to seize the high ground and shape the future," Simon said during the ceremony in May.

He adds that the world would need to rely on today's youths to solve some of the most perplexing and challenging problems of the time.

"There is a phrase in Hebrew called tikkun olam, which means that it is your responsibility to lead the world to a better shape than when you came into it," he says.

With public gatherings banned during the peak of the viral outbreak, holding virtual ceremonies was the way students could graduate as scheduled.

Even though the pandemic has come under control in China, many institutions are still considering whether to hold physical events.

DKU was among the first to hold online graduation ceremonies in China.

Wang Shuyi, director of graduate programs and recruitment at the university, says that the school had designed the process so that students would be involved in the ceremony as much as possible instead of just being people sitting in front of their laptops.

For example, when it came to the conferring of degrees, the professor in charge of the program appeared on one half of the screen and students, when called upon, showed up on the other half. The graduates could also have a picture taken with their professors through a screen shot.

Graduates were invited to record video clips that recounted their years of study at the university and expressed their good wishes. These videos were then played during the online commencement ceremony.

A clip of their online ceremony received 530,000 views on YouTube as of June 2, according to DKU.

Another institution that went virtual was Shanghai Jiao Tong University, which held an online graduation party in March. During this event, students praised those who have contributed to the fight against the pandemic and commemorated the years they spent together through songs and poems.

Fudan University in Shanghai, which celebrated its 115th founding day on May 27, also held a series of online celebrations that were attended by alumni from around the globe.

Through a mini-program on WeChat, the alumni could tour the four campuses of the university, with views of more than 20 key spots available.

Viewers could also write down their best wishes for the alma mater and these words were then showcased at the signature old school gate, teaching building and library through a virtual map.