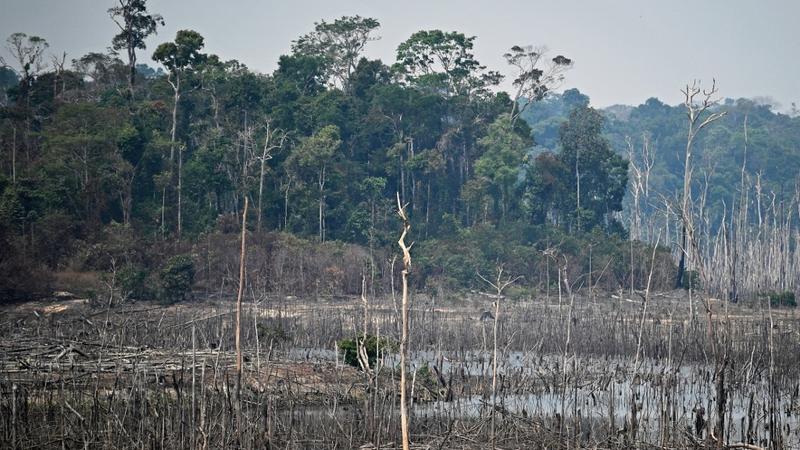 KUALA LUMPUR - Tropical rainforests disappeared at a rate of one football pitch every six seconds last year, researchers said on Tuesday, urging countries to include forest protection in post-pandemic plans.

The loss in 2019 of 3.8 million hectares (9.3 million acres) of tropical primary forest - which means intact areas of old-growth trees - was the third biggest decline since the turn of the century, according to data from Global Forest Watch (GFW).

Agricultural expansion, wildfires, logging, mining and population growth all contribute to deforestation, according to GFW researchers

“Primary forests are the areas we are the most concerned about - they have the biggest implications for carbon and biodiversity,” said Mikaela Weisse, a project manager at the GFW forest monitoring service, run by the World Resources Institute.

“The fact that we are losing them so rapidly is really concerning,” she told the Thomson Reuters Foundation.

Agricultural expansion, wildfires, logging, mining and population growth all contribute to deforestation, according to GFW researchers.

Cutting down forests has major implications for global goals to curb climate change, as trees absorb about a third of the planet-warming greenhouse gas emissions produced worldwide.

Forests also provide food and livelihoods for people who live in or near them, are an essential habitat for wildlife, and aid tropical rainfall.

In the short-term, the virus may weaken enforcement of forest laws, with people taking advantage of that to commit environmental crimes, she warned.

In the medium-term, economic stress could hike pressure for more extractive industries in forests or larger-scale agriculture, she added.

Workers coming home from cities after losing jobs could also turn to forests to help feed their families, increasing the risk of deforestation, she said.

“The situation has changed,” Weisse said of the COVID-19 pandemic. “What we need to do has also changed.”

Brazil accounted for more than a third of all primary forest loss in 2019 at 1.36 million hectares.

Many of the Brazilian forest fires that made international headlines last year did not occur inside primary forest, but in already deforested areas as farmers cleared logged land for agriculture and cattle, according to the data.

Neighbouring Bolivia, however, experienced record-breaking primary forest loss at 290,000 hectares, due to fires in both forests and surrounding woodlands, GFW said. 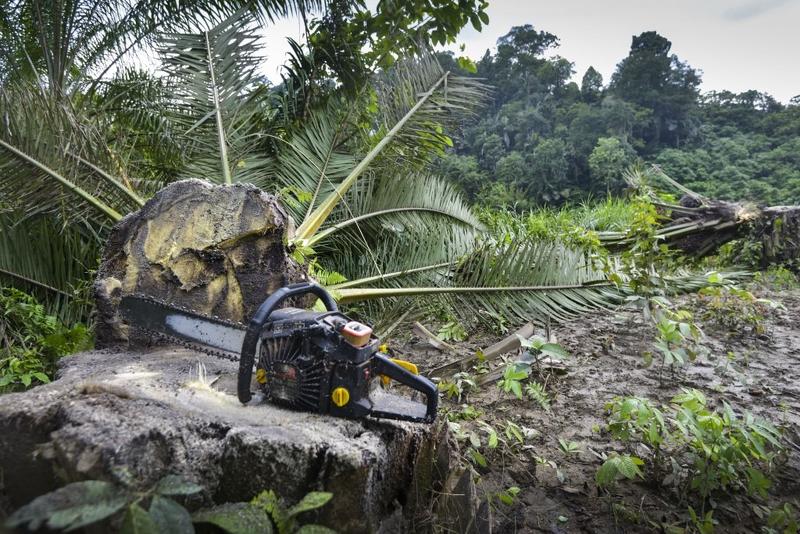 This picture taken on Jan 9, 2019 shows a chainsaw used by Indonesian rangers to cut down illegal palm oil trees sitting next to fallen trees, within the protected Leuser ecosystem rainforest in the Subulussalam district, Aceh province. (CHAIDEER MAHYUDDIN / AFP)

And Australia experienced a 560% jump in tree cover loss from 2018, driven by unprecedented bushfires, making it easily the country’s worst year on record.

The figure for Indonesia remained at historically low levels for the third year in a row at 324,000 hectares, a 5% reduction in losses from 2018, according to GFW

The DRC saw its losses fall slightly to 475,000 hectares, still the third-highest year on record for the African nation, the data showed.

The figure for Indonesia remained at historically low levels for the third year in a row at 324,000 hectares, a 5% reduction in losses from 2018, according to GFW.

As the Southeast Asian nation battles the coronavirus pandemic, it is important that funds set aside for forest protection and restoration are not reallocated to help the wider economy and healthcare system, he added.

In total, the tropics lost 11.9 million hectares of tree cover - which includes all natural forests and tree plantations - in 2019, according to the GFW data.

“There has been so much international effort to try and slow or stop tropical deforestation, and the fact that we’re not seeing the numbers budge at a global level is something we are quite concerned about,” said Weisse.