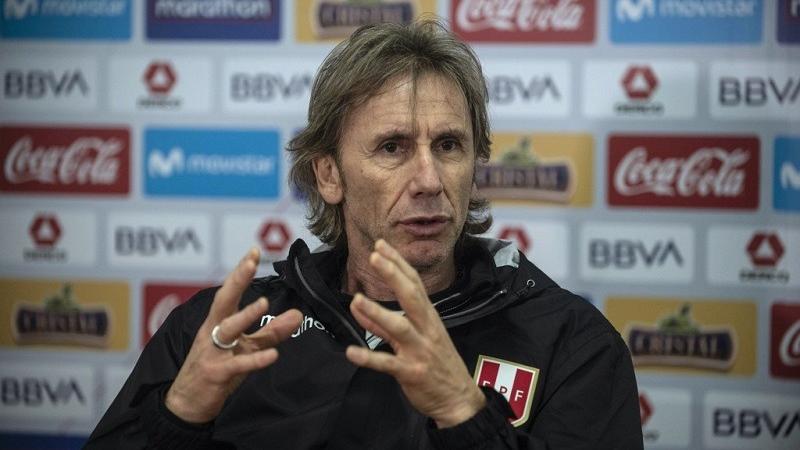 The coach of the Peruvian national football team, Argentine Ricardo Gareca, speaks during an interview with AFP at the team's headquarters in Lima, on July 24, 2019. (ERNESTO BENAVIDES / AFP)

BUENOS AIRES - Peru's Argentinian head coach Ricardo Gareca has urged local authorities to allow football to resume as soon as possible, despite the country's struggle to contain the coronavirus pandemic.

Peruvian President Martin Vizcarra has authorized football's restart, however a timetable has yet to be established amid ongoing discussions about biosafety protocols.

I think a prudent period of time has now elapsed and we should be able to train. It's a bad thing for players to be inactive for 120 days

"Even in the midst of the tragedy, you have to be able to work," Gareca said in an interview with Argentina's TyC Sports on Monday.

"I think a prudent period of time has now elapsed and we should be able to train. It's a bad thing for players to be inactive for 120 days."

The 62-year-old former Argentina international forward also called on all of the major South American leagues to resume together so that players would be on an equal footing when the region's World Cup qualifiers begin in September.

Perez, a former assistant coach of Uruguay's national team, said that now is not the time to think about a return to football in the Andean country.

Peru's top flight has been suspended since March 12, a day after the World Health Organization declared COVID-19 a global pandemic. Peru has been one of the worst-hit South American nations and regions, with 170,000 confirmed cases and more than 4,600 deaths.