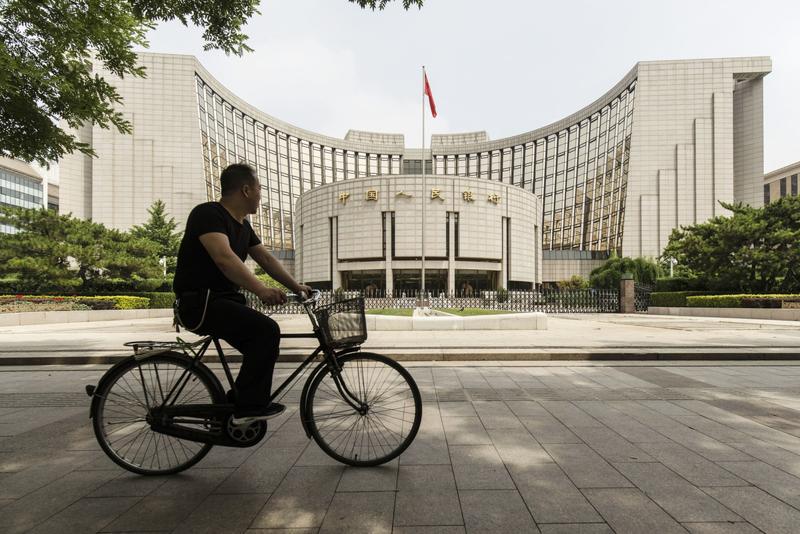 A man rides a bicycle past the People's Bank of China (PBOC) headquarters in Beijing, China, on Friday, June 7, 2019. (QILAI SHEN / BLOOMBERG)

China’s central bank said it will temporarily purchase loans made to small businesses from some local banks, a new policy to boost the supply of lending to the real economy.

By taking loans to small businesses on to its balance sheet, the PBOC may help lower lenders’ capital requirements and thereby lower the cost of further lending

The plan will use 400 billion yuan (US$56 billion) from a separate program to buy 40 percent of unsecured loans to small and medium-sized firms with maturities of at least six months made between March 1 and Dec 31, 2020, the People’s Bank of China (PBOC) said Monday.

Commercial lenders should repay the central bank the funds a year after the transaction. The lenders will continue to receive interest payments from the borrower and will bear any losses if the loans go sour, the PBOC said.

The central bank will sign contracts with qualified local commercial lenders via a special-purpose vehicle, and the plan could boost banks’ unsecured loans to small firms by one trillion yuan, it said.

By taking loans to small businesses on to its balance sheet, the PBOC may help lower lenders’ capital requirements and thereby lower the cost of further lending. While the authorities have cut policy rates multiple times this year, they’ve avoided the large-scale stimulus seen in other major economies to avoid aggravating the country’s debt problem.

“The policy intention is to solve the funding problem for small and micro-sized companies, which play a vital role in job stability,” Qu Qing, chief economist at Jianghai Securities Co in Beijing, wrote in a note. The policy would have “limited effects” on supplying liquidity to banks and lowering borrowing costs, meaning it can’t replace outright interest rates cuts, he said.

The credit support plan will use funding from the PBOC’s relending program which it has relied on to provide cheap base money to the financial system since the COVID-19 crisis. Unlike the regular re-lending funding which is offered at 2.5 percent a year, the PBOC said qualified commercial banks will only need to return the principal of the funding, indicating it’s interest-free.

To qualify, local lenders should have been rated between 1-5 level in the PBOC’s recent quarterly financial institution rating.

The plan is an innovative version of an interest-free reverse repurchase operation, in which local banks still bear the credit risk, and that makes it different from quantitative easing, according to Zhang Lu, an analyst at CEBM Group Ltd in Beijing.

“The room for the central bank to further cut interest rates is limited as long as the economy doesn’t worsen from here,” Zhang wrote in a note, adding the PBOC will instead focus on ensuring sufficient liquidity and direct the credit to needy sectors. 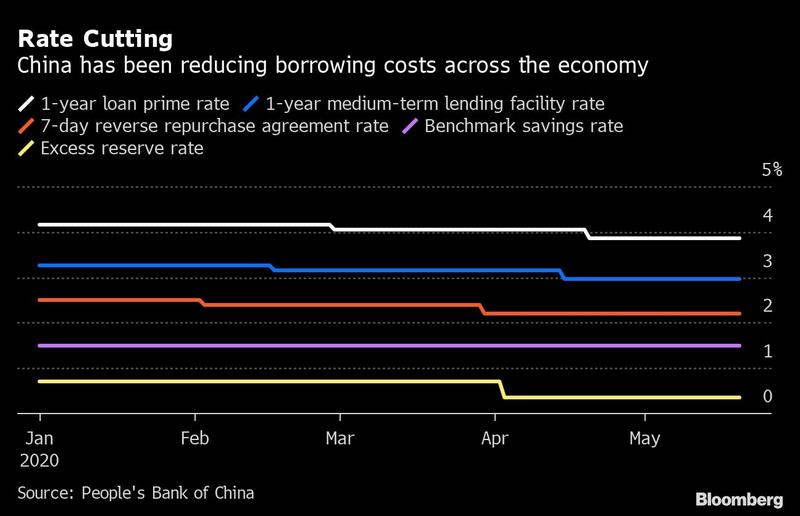 Some see the plan as having the potential to develop into a form of Chinese QE in the end.

“We think the program will have to be rolled over or scaled up amid the economic downturn,” said Xing Zhaopeng, a markets economist at Australia and New Zealand Banking Group Ltd in Shanghai. “In fact, this will start the QE process of lending cheap funds directly to the real economy.”

The central bank also announced Monday that small companies would be allowed to delay loan repayments to March 2021. Combined, the two new policies would make monetary policy more “direct” in increasing loans to the real economy and help stabilize funding flows to small firms and improve their access to credit.

Under the loan holiday policy, the PBOC will sign interest rate swap contracts with commercial lenders via a special-purpose vehicle, and give relending funds as incentives to them for 1 percent of the loan principals being delayed. The total relending funds being offered is 40 billion yuan.

China will also take further steps to expand the scale and improve the structure of financing for micro, small and medium-sized firms, according to an official guideline released Monday.

The five major state-owned commercial banks should expand their inclusive lending to micro and small firms by more than 40 percent, while development and policy banks should make full use of the 350-billion-yuan (about US$49 billion) special credit line to support the resumption of work and production for small firms with preferential interest rates.

The guideline encouraged commercial banks to substantially increase loans to smaller firms and extend their loans without requiring the repayment of due principal.

Tolerance of non-performing loans to micro and small firms will be further relaxed and government financing guarantee will be enhanced.

The guideline also stressed the role of the capital market in financing for smaller firms.

China will maintain a consistent and stable policy on real estate finance and avoid using the property sector to generate a short-term stimulus to the economy, according to a PBOC report.

The country will continue to stick to the principle that "houses are for living in, not speculation," the central bank said in the report on the country's regional financial operation in 2019.

Meanwhile, the growth pace of price indices for new and resold homes in second- and third-tier cities witnessed a marked decrease in 2019, the report said.

In its efforts to implement a long-term mechanism for real estate finance, the PBOC stressed the importance of improving the system of government housing support and maintaining the steady and sound development of the property market in the country.

While curbing housing speculation, China will also implement city-specific policies in the sector, according to this year's government work report.