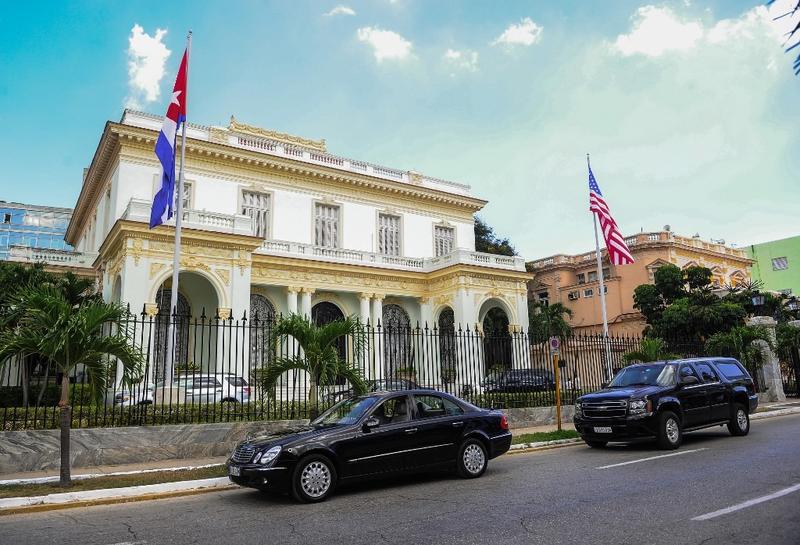 This file photo shows the Cuban Foreign Relations Ministry building in Havana with a Cuban and a US flag during the visit of then US Secretary of State John Kerry on August 14, 2015. (YAMIL LAGE / AFP)

HAVANA - Cuba condemned its inclusion on a US list of countries that do not fully cooperate with counterterrorism efforts, the Ministry of Foreign Affairs said on Monday, denouncing the move as "unilateral" and "arbitrary."

"This is a unilateral and arbitrary list, without ground, authority or international support," the foreign ministry said in a statement on its website.

ALSO READ: Cuba denounces US silence after attack on its embassy in Washington

On May 13, Cuba was added to a blacklist by Washington, which unilaterally claimed that the island country has failed to be certified for 2019 under a US law on defense exports control.

It was the first time that Cuba was not certified since 2015. The US State Department said it was because of the presence in the country of negotiators from Colombia's National Liberation Army (ELN) guerrilla group, who traveled to Havana in 2017 to negotiate with the Bogota government but have not returned.

The White House alleged that Cuba refused to send the ELN negotiating group back to Colombia.

Cuba's foreign ministry called the presence of ELN members in Cuba "a dishonest and weak pretext" by the United States.

Washington severed its diplomatic relations with Cuba in 1961. In 2015, the Obama administration removed Cuba from the list of state sponsors of terrorism as the two countries re-established diplomatic ties. However, US sanctions on Cuba have not been fully lifted.