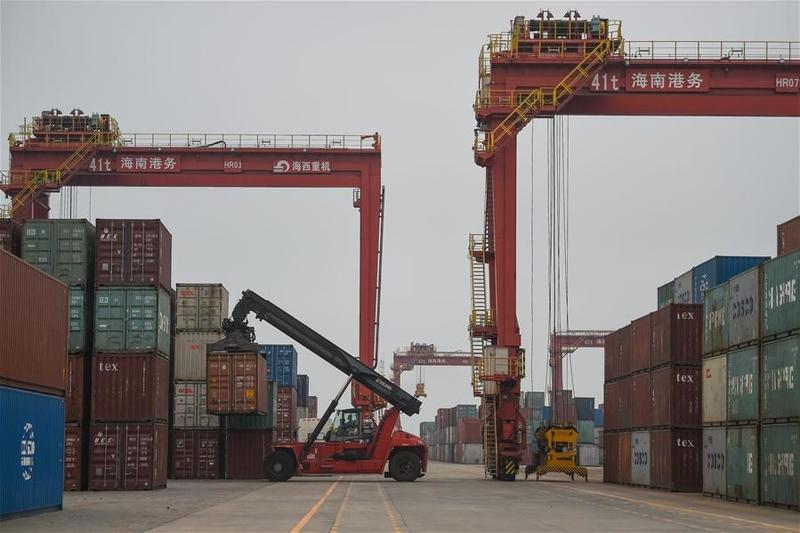 President Xi Jinping underlined the importance of high quality and high standards in building a free trade port in Hainan province while prioritizing integrated institutional reform in the process of building the port.

Xi, who is also general secretary of the Communist Party of China Central Committee and chairman of the Central Military Commission, said in an instruction published on Monday that building the free trade port is a major strategic decision adopted by the CPC Central Committee.

Eyeing the big picture from both domestic and international perspectives, the move is to further the innovative development of socialism with Chinese characteristics, he said.

Central authorities must support bold reform and innovations by the province and enable the port's development to attain continuous new results, Xi said

Xi called for more effort to free minds and enable bold innovations so reform measures can be rolled out immediately after successful test runs.

Central authorities must support bold reform and innovations by the province and enable the port's development to attain continuous new results, he said.

A master plan for the port was also released on Monday, indicating the country's firm determination to build an open economy within the framework of globalization.

The plan, released by the CPC Central Committee and the State Council, requires establishing a basic free trade port policy system with a key focus on facilitating free trade and investment by 2025.

By 2035, the free trade port system and operations in Hainan will be more mature, and high-level process supervision will be basically constructed to achieve free trade and investment facilities, free cross-border capital flows, free and convenient transportation and access for people, and safe and orderly flow of data.

By the middle of the century, a high-level free trade port with strong international influence will be fully established, according to the plan.

Experts said the announcement demonstrates China's serious intention to deepen reform and opening-up as well as further integrate itself into the world economy.

As free trade ports are regarded as the world's most open form of economic zone, the significance of the port lies in its role not only in boosting regional development, but also in helping fuel the growth of the nation and globe, they added.

A master plan, released by the CPC Central Committee and the State Council, requires establishing a basic free trade port policy system with a key focus on facilitating free trade and investment by 2025

"While China faces a complicated and challenging international environment, the country continues to accelerate in opening wider to the outside world," said Cui Weijie, director of the Institute of Industry Development and Strategy under the Chinese Academy of International Trade and Economic Cooperation. The plan "is sending a strong message that China is dedicated to promoting a high standard of opening-up, and it will help inject new impetus into the world economy", Cui said.

He highlighted Hainan's advantages in implementing comprehensive deepening of reforms and testing the high level of openness policies, saying the new plan will help foster high-quality economic development and fuel the growth along the routes of the Belt and Road Initiative.

According to the plan, more efforts will be made to grant Hainan greater autonomy for reform, creating a world-class free trade port rule of law environment, gradually establishing a suitable taxation system and building a complete, scientific and effective free trade port governance system.

Zhang Yansheng, chief researcher at the China Center for International Economic Exchanges, said construction of the free trade port "will give full play to China's ultra-large-scale market advantage and the domestic demand potential, creating a new pattern of opening-up and development".

ALSO READ: Hainan looks at building port as part of its FTZ

In recent years, China has been actively speeding up coordinated development of key regions, such as the Guangdong-Hong Kong-Macao Greater Bay Area and the land-sea corridor in western China.

Zhang said Hainan needs to work with those key regions in China as well as countries and other economies to boost the high-quality development of the countries and regions along the routes of the Belt and Road Initiative.

"Hainan should make a big push to build cross-border networks, speed up the construction of converged and innovative infrastructure as well as new urbanization and promote the development of smart free trade ports and smart service trade hubs, trade in goods and digital trade."