Kick off times published for return to football in Spain 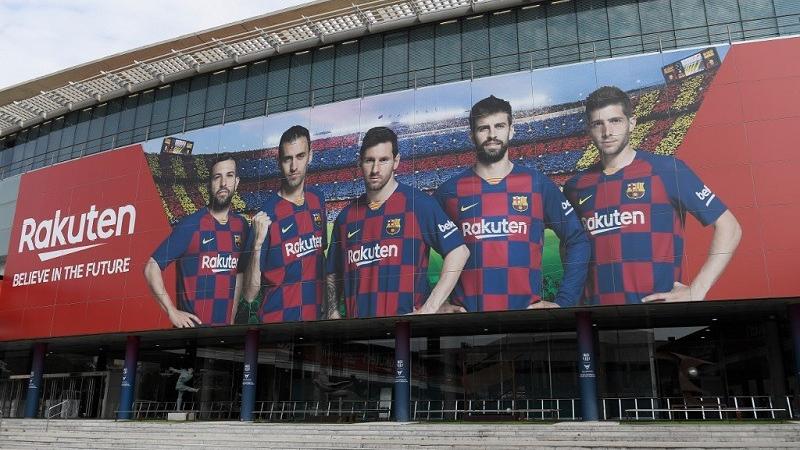 A picture shows the empty entrance to the Camp Nou stadium in Barcelona on March 13, 2020 after La Liga said Spain's top two divisions would be suspended for at least two weeks over the coronavirus outbreak. (JOSEP LAGO / AFP)

MADRID - La Liga has published the dates and the kick-off times for the first two rounds of matches in the return to action in the Liga Santander after a break of over three months due to the coronavirus crisis.

La Liga had previously confirmed that it plans for football to restart on June 11th and continue without a break in an attempt to finish the remaining 11 rounds of matches on July 19th.

Football will return on June 11th with the Seville derby between Sevilla and Betis kicking off the 28th round of matches, while June 12th will see Granada entertain Getafe and there is a Valencia derby between Valencia and Levante.

The league leader's FC Barcelona's trip to Barcelona on June 13th will be the highlight of a day that also sees Espanyol face Alaves, while Celta Vigo play Villarreal and Valladolid visit Leganes.

Sunday June 14th kicks off with Athletic Club Bilbao vs Atletico Madrid and continues with Real Madrid at home to Eibar and a derby between Real Sociedad and Osasuna.

The 29th round of games follows directly on from Matchday 28th with Levante at home to Seville and Betis facing Granada on Monday June 15th, while Real Madrid will play Valencia on Thursday June 18th.