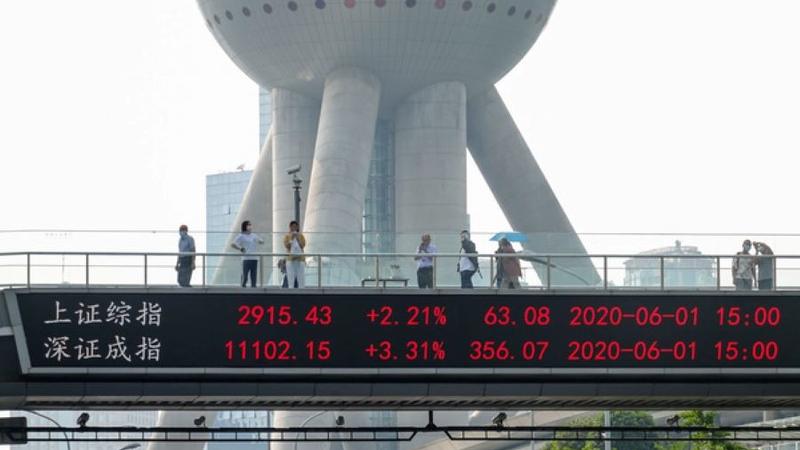 The number of stimulus policies introduced by regulators over the past weekend, which aim at injecting more vitality into the Chinese capital market, had an immediate effect on Monday with the benchmark indexes posting impressive gains.

According to the latest report from Ping An Securities, the T+0 settlement will probably make the biggest difference in the A-share market, helping create room for quantitative strategies, enhancing market efficiency and leading to more effective market pricing

Moreover, the Shanghai Stock Exchange published a commentary on its website Friday night, saying that the bourse will introduce market-making mechanism and study the possibility of introducing the T+0 settlement at the right time.

This is in response to the suggestions brought up during the two sessions. He Qiang, a professor from the Central University of Finance and Economics, said the T+0 settlement will protect investors' interest and accelerate the maturity of China's capital market. Xie Dong, head of the Shanghai Municipal Financial Regulatory Bureau, suggested that the T+0 settlement mechanism and market-making system be introduced at the technology-focused STAR Market to enhance market liquidity and pricing efficiency.

Once the T+0 settlement is fully implemented, investors can buy a stock and then sell it within a single trading day, or they can sell the stock and then buy them back on the same day. At present, the A-share market adopts the T+1 settlement, which indicates that the investor can buy the stock on one trading day and sell it on the second trading day.

According to the latest report from Ping An Securities, the T+0 settlement will probably make the biggest difference in the A-share market, helping create room for quantitative strategies, enhancing market efficiency and leading to more effective market pricing.

Analysts from Everbright Securities said in a report that the country's new Securities Law, which took effect on March 1, has come up with more severe punishment for fraudulent measures. This is also a crucial preparation for the introduction of T+0 settlement.

The T+0 settlement was briefly adopted in the A-share market in the early 1990s. The Shanghai bourse first introduced the mechanism on Dec 24, 1992, when the Shanghai Composite Index jumped 3.63 percent. By Feb 16, 1993, the benchmark index spiked more than 100 percent in 36 trading days, reaching 1,558 points. The Shenzhen Stock Exchange started the T+0 settlement in November 1993 and the Shenzhen Component Index surged by 7.88 percent during the month.

But both exchanges changed to T+1 settlement on the first day of 1995 to lower market risks.

Zheng Jisha, an analyst from China Merchants Securities, said that business models of securities firms will be more comprehensive once the T+0 settlement is implemented. Therefore, leading securities firms will enjoy an upper hand, which will be translated into better stock market performance.

Xu Biao, chief strategist of TF Securities, said that a relatively higher threshold should be set for the return of the T+0 settlement. The mechanism can be first tested among the index constituent companies with higher market value and lower price earnings ratio. Such attempts can help to evade aggregated market risks, he said.