FM: US scheme to impede China's development 'to fail' 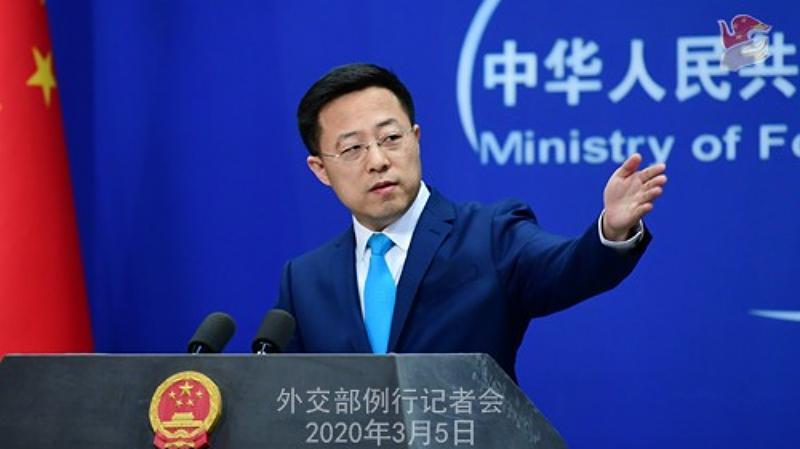 BEIJING - Any attempt or remarks by the US side to harm China's interests will meet with resolute countermeasures, and Washington's scheme of impeding China's development is "bound to fail," a Chinese Foreign Ministry spokesperson said Monday.

Calling the US leader's allegations a "total disregard of facts," Zhao said the moves constitute a flagrant interference in China's internal affairs and have undermined bilateral ties

Spokesperson Zhao Lijian made the remarks when asked to comment on US President Donald Trump's accusations over a range of issues ranging from China's national security legislation for the Hong Kong Special Administrative Region (HKSAR) to COVID-19 pandemic and bilateral trade.

ALSO READ: China calls for further support to WHO, rejects US power politics

Calling the US leader's allegations a "total disregard of facts," Zhao said the moves constitute a flagrant interference in China's internal affairs and have undermined bilateral ties, which are bound to damage the interests of China and the United States itself.

The National People's Congress decision on establishing and improving the legal system and enforcement mechanisms for the HKSAR to safeguard national security is aimed at better implementing the "one country, two systems" principle and maintaining the long-term prosperity and stability in Hong Kong, said the spokesperson, noting that foreign countries have no right to interfere and should not do so.

"The gross meddling of the United States in our legislation completely runs counter to international laws and basic norms governing international relations, which is doomed to fail," Zhao said.

The spokesperson said that for some time, the United States has abused the concept of national security and maliciously suppressed Chinese companies on trumped-up charges.

The current threats of investigating Chinese companies listed in the United States and restrictions on visas for Chinese students have "seriously violated the market competition principle" and "ran against the common wish of the two peoples to engage in friendly exchanges," Zhao said. "This will further undermine bilateral trade relations and the social foundation of bilateral ties."

In spite of the international consensus on opposing stigmatization and promoting united cooperation in COVID-19 response efforts, Zhao said the United States has been making unwarranted accusations against China and the World Health Organization. This was an attempt to divert public attention and cover up the truth of its fumbled pandemic response.

"Such a move is immoral and can never deceive us in any way," said Zhao.

"China urged the United States to rectify its mistakes immediately, discard its Cold War mentality, zero-sum-game mindset and ideological bias, discreetly and properly deal with relevant issues, and refrain from going too far on the wrong path," Zhao added.