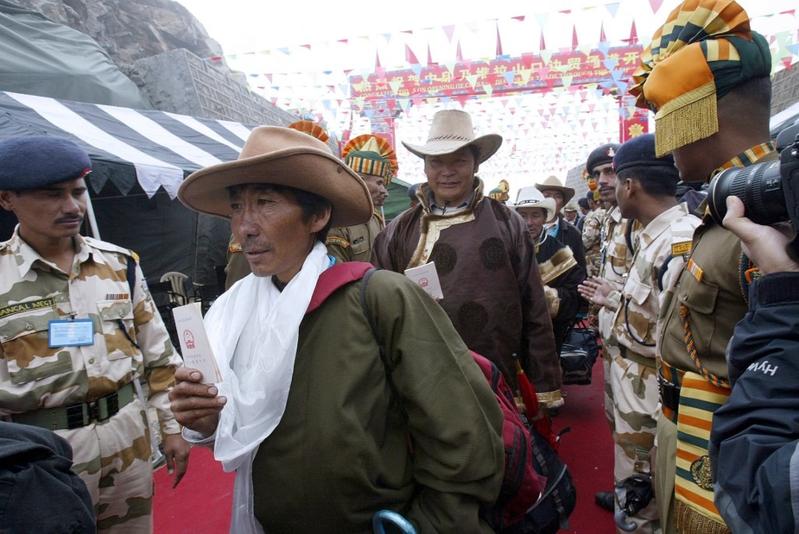 In this file photo, Chinese traders walk between Indian soldiers after crossing the China-India border at the 15,000-feet (4,545-metre) Nathu La Pass, in India's northeastern state of Sikkim, on July 6, 2006. (DESHAKALYAN CHOWDHURY / AFP)

BEIJING - China and India have maintained smooth diplomatic and military channels for communication over issues of their border areas where the overall situation is stable and under control, a Chinese spokesperson said Monday.

China has always followed in real earnest the consensus reached between leaders of the two countries, strictly abided by signed agreements.

"On the China-India border issue, China has always followed in real earnest the consensus reached between leaders of the two countries, strictly abided by signed agreements, and stayed committed to safeguarding national territorial sovereignty and security as well as maintaining peace and stability in the border areas," Foreign Ministry spokesperson Zhao Lijian said at a press briefing.

ALSO READ:China envoy says exchanges with India not to be affected virus

He said he believed that the issues between the two countries can be properly resolved through negotiations.