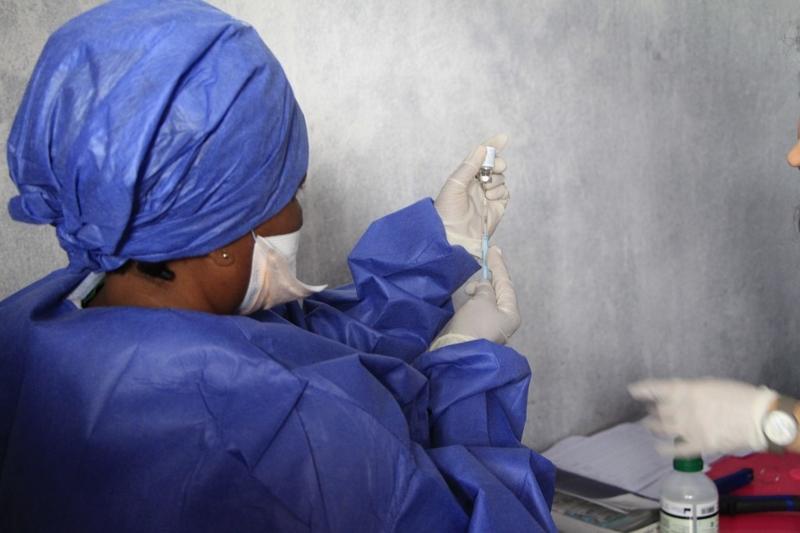 This hand out picture released by Doctors Without Borders (MSF) on Nov 14, 2019, shows a health worker preparing a syringe before administrating it as a first injection of the new Ebola vaccine to people at the MSF facilities in the North Kivu capital of Goma. (PHOTO / AFP)

KINSHASA - Democratic Republic of Congo declared a new Ebola epidemic on Monday in the western city of Mbandaka, more than 1,000 km away from an ongoing outbreak of the same deadly virus in the east.

“We have a new Ebola epidemic in Mbandaka,” Longondo told reporters. “We are going to very quickly send them the vaccine and medicine.”

The outbreak was confirmed by World Health Organization Director-General Tedros Adhanom Ghebreyesus, who tweeted: “This outbreak is a reminder that #COVID19 is not the only health threat people face.”

Congo has been struggling to put an end to a nearly two-year-old Ebola outbreak near its eastern borders with Rwanda and Uganda, which has killed more than 2,200 people, the world’s second-deadliest outbreak of the disease on record.

It was days away in April from declaring the end of that outbreak, its tenth since the virus was discovered in 1976, when a new chain of infection was confirmed in the east. However, no new cases have been detected there in over 30 days.