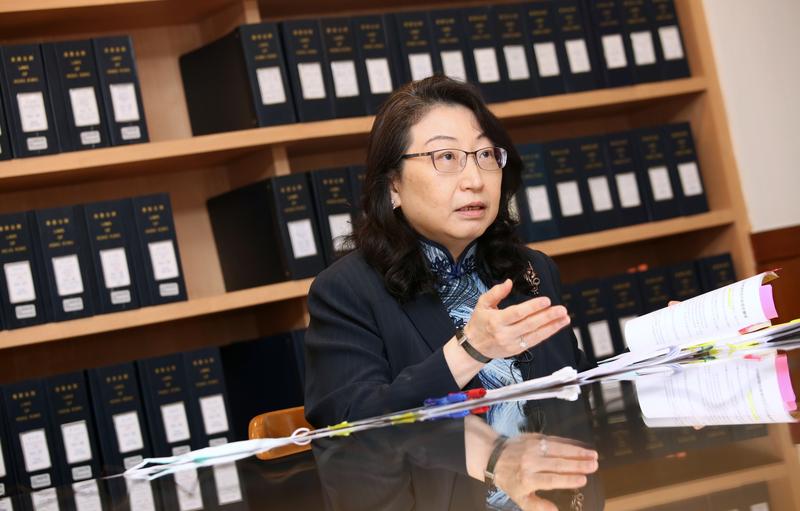 Secretary for Justice Teresa Cheng Yeuk-wah says it is vital for the National People’s Congress to enact a national security law for Hong Kong to protect China’s sovereignty, territorial integrity and development interests.

The need for national security legislation in Hong Kong could not be more urgent, she emphasized. This comes in the wake of months of violent protests and separatist activities in the territory since June last year.

She was referring to recent comments made by the Hong Kong Bar Association. Cheng said these clearly showed the association had failed to understand the Basic Law correctly.

The justice secretary said that when people read the Basic Law, they should examine it as a whole, instead of “cherry-picking” and focusing on an individual article they like.

Last week, the National People’s Congress approved the plan of enacting a national security law for Hong Kong. The legislation will outlaw acts of secession, subversion, terrorism and conspiring with external forces.

“There is absolutely a pressing need for national security legislation in Hong Kong, given that many protesters cried out for ‘independence, self-determination, and a referendum’ in the last year’s protests,” Cheng told China Daily.

“Without a law to protect national security, because Article 23 of the Basic Law has not been enacted ... Hong Kong has become a highly vulnerable security risk or a weak link as far as sovereignty and territorial integrity are concerned,” Cheng explained.

She said it was perfectly legitimate for the National People’s Congress to enact a national security law for promulgation in Hong Kong after including it in Annex III of the Basic Law as a national law to be applied in Hong Kong. This was in accordance with procedures laid down in Article 18.

In accordance with Article 18(3), national laws to be incorporated in Annex III of the Basic Law are laws related to defence, foreign affairs and matters outside the limits of autonomy of the HKSAR.

“National security is within the purview of the central authorities but not entirely within the autonomy of the HKSAR. So it is totally right for the National People’s Congress to include a national security law in Annex III for implementation in Hong Kong”, Cheng added.

“Article 23 says the Hong Kong government shall enact laws on its own to prohibit seven types of activities. But this cannot be distorted as only the SAR government has such power, or if the central authorities have given up their power to enact a national security law applicable to Hong Kong,” she said.

In reference to the recent comments by the Hong Kong Bar Association, Cheng said: “It has misinterpreted Article 23, without understanding accurately the entirety of the Basic Law in a holistic way.

“It perceives Article 23 as a matter within Hong Kong’s autonomy but that is totally wrong,” she explained.

“The central authorities have delegated Hong Kong with the authority to enact Article 23. But it doesn’t mean they are no longer concerned about national security in Hong Kong,” the justice secretary said.

Cheng also feels confident judicial independence, as well as freedoms of expression and assembly, and other civic rights will still be protected by the Basic Law.

“Nobody should worry about being ‘convicted by his words’. It depends on what a person has said and done, the context and prevailing circumstances,” she said.

“As long as permission for processions, assemblies are sought and they are peaceful and lawful, they will be allowed,” Cheng said.

“Also, it is stated in the United Nations International Covenant on Civic and Political Rights and Covenant on Economic, Social and Cultural Rights that the exercise of civic rights and freedoms should not endanger national security. This is the international consensus,” she explained.